LONDON, Sept. 15, 2015 (GLOBE NEWSWIRE) — GW Pharmaceuticals plc (Nasdaq:GWPH) (AIM:GWP) (“GW,” “the Company” or “the Group”), a biopharmaceutical company focused on discovering, developing and commercializing novel therapeutics from its proprietary cannabinoid product platform, today announced positive top line results from an exploratory Phase 2a placebo-controlled clinical trial of Cannabidiol (CBD) in 88 patients with schizophrenia who had previously failed to respond adequately to first line anti-psychotic medications. In the trial, patients remained on their anti-psychotic medication and were randomized to receive CBD or placebo as adjunct therapy.

Over a series of exploratory endpoints, CBD was consistently superior to placebo, with the most notable differences being in the PANSS positive sub-scale (p=0.018), the Clinical Global Impression of Severity (p=0.04) and Clinical Global Impression of Improvement (p=0.02). The proportion of responders (improvement in PANSS Total score greater than 20%) on CBD was higher than that of participants on placebo, with an Odds Ratio of 2.65. In the area of cognition, CBD was superior to placebo (p=0.07) with marked differences being seen in sub-domains of particular relevance to improving the outlook for people suffering with schizophrenia. With respect to negative symptoms, the Scale for Assessment of Negative Symptoms showed a trend in favour of CBD which reached statistical significance for patients taking CBD together with one of the leading first line anti-psychotic medications. The majority of other endpoints in the study were in favor of CBD and approached statistical significance in many cases.

The safety profile of CBD was particularly reassuring, with no serious adverse events and an overall frequency of adverse events very similar to placebo. The most common adverse events (occurring in 5% or more patients resulting from all causes) were diarrhea (9.3% CBD vs 4.4% placebo), nausea (7% CBD vs 0% placebo), headache (7% CBD vs 8.9% placebo) and somnolence (0% CBD vs 6.7% placebo). There were two withdrawals from the study due to treatment-related adverse events, one on CBD and the other on placebo.

A series of sub-group analyses have been performed to identify predictors for a successful outcome to treatment with CBD in this challenging patient population. These provide insight into the differential effects of CBD in combination with specific anti-psychotic medications, as well as the nature of endpoints that are most responsive to cannabinoid treatment.

“The addition of Cannabidiol to the medication of patients who were only partially responsive to standard anti-psychotic treatment produced significant improvements in outcome measures compared with placebo,” stated Professor Philip McGuire, Head of the Department of Psychosis Studies, Institute of Psychiatry, Psychology & Neuroscience, King’s College London, and Principal Investigator of the study. “Moreover, these improvements were not associated with adverse effects. “The results are of particular interest because the pharmacology of CBD is distinct from existing anti-psychotic medications, all of which act via effects on dopamine receptors.”

“These findings further reinforce the potential role of cannabinoids in the field of neuropsychiatric disease,” stated Justin Gover, GW’s Chief Executive Officer. “We believe that the signals of efficacy demonstrated in this trial, together with a notably reassuring safety profile, provide GW with the prospect of new and distinct cannabinoid neuropsychiatric product pipeline opportunity. Similar to our approach for Epidiolex, we believe that our future research in this area may lie within pediatric orphan neuropsychiatric indications and we intend to explore this as a focus for future trials.”

The multi-center, double-blind, placebo-controlled trial enrolled a total of 88 patients who were treated over a period of six weeks. Participants must have been treated for a minimum of four weeks on a first line anti-psychotic medication and still have a PANSS Total score in excess of 60. As a Phase 2a proof of concept study, there was no single primary endpoint, but a series of exploratory endpoints.

This trial followed extensive pre-clinical research conducted by GW since 2007 into the effects of cannabinoids in psychiatric disease. This research showed CBD to have notable anti-psychotic effects in accepted pre-clinical models of schizophrenia, and also provides indicators that there is potential to enhance the effect of CBD with additional cannabinoids. Previously published studies have suggested that CBD may have useful efficacy either as monotherapy or in combination with first line anti-psychotic agents1.

GW’s portfolio of intellectual property related to the use of cannabinoids in schizophrenia includes a U.S. patent issued in April 2015 protecting the use of CBD and other cannabinoids in combination with other anti-psychotic medications for use in the prevention or treatment of psychosis and psychotic disorders. This patent provides exclusivity until March 2029. An additional patent has been filed based on the findings from this study.

What Medical School Did Lou Correa Graduate From? 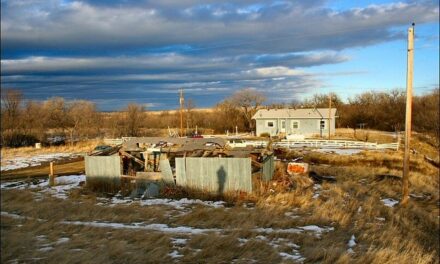