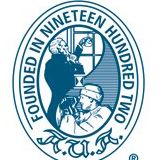 Evidence suggesting that cannabis use protects against bladder cancer was presented at the American Urological Association meeting in San Diego May 6 by Kaiser researchers Anil Thomas, Lauren Wallner, Virginia Quinn, Jeff Slezak, Gary Chien, and Steven Jacobsen.  Thomas et al studied the fate of 39,222 Kaiser patients who in 2002-03 filled out a survey about their smoking habits. There were 21,770 tobacco users, 14,977 cannabis users, and 10,027 who used both. “Cannabis use only was associated with a 45 percent reduction in bladder cancer incidence, and tobacco use only was associated with a 52 percent increase in bladder cancer,” according to Anil A. Thomas, a fellow in urology at Kaiser Permanente Medical Center in Los Angeles.

This has been an underplayed story and we hope to get more details for O’Shaughnessy’s. Here is a summary published by Thomas et al:

Bladder cancer is one of the most prevalent genitourinary malignancies with an estimated 70,980 new cases and 14,336 cancer-related deaths per year in the United States. Experimental research over the last decade has studied the effects of cannabinoids, the active components of cannabis sativa, and has found that these products and their derivatives to possess anti-tumoral activity. To date, there are no epidemiologic studies accurately characterizing the association of cannabis use and bladder cancer. In the present study we investigated the association of cannabis usage and cigarette smoking on the incidence of bladder cancer within the California men’s health study (CMHS) cohort.

We evaluated the records of 39,222 patients from the Southern California Kaiser Permanente health region of the CMHS. The CMHS is a multiethnic cohort of men aged 45-69 years. Information on demographic and lifestyle factors including smoking history and cannabis usage was collected using mailed questionnaires between 2002 and 2003. We linked the study data with clinical records including cancer data from electronic health records. Patients with a prior history of bladder cancer were excluded from the analysis (n=354). We used Cox models to assess the association between of tobacco and cannabis use and bladder cancer risk.

While a cause and effect relationship has not been established, cannabis use may be inversely associated with bladder cancer risk in this population.