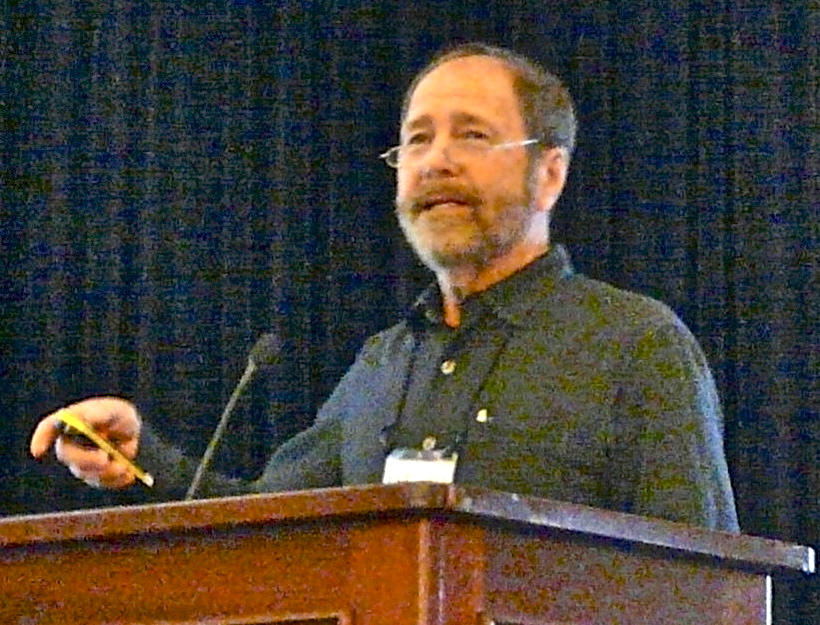 By Martin A. Lee

In late June, 297 delegates from 24 countries attended the 26th annual conference of the International Cannabinoid Research Society (ICRS) in Bukovina, a Polish retreat nestled in the picturesque foothills of the Tatra Mountains. The four-day science symposium featured 87 oral presentations and 100 posters covering a wide range of topics germane to cannabinoid science and medicine.

CBD protects. Combining CBD with hypothermia (cooling) is more effective than hypothermia alone in protecting the brain function of newborn mammals after hypoxia-ischemia.

CBD for kids. Why do some pediatric epileptics respond remarkably well to CBD and others don’t? Douglas Smith with Medicinal Genomics spoke on genetic factors that influence the efficacy of CBD in catastrophic seizure disorders.

Gaba Gaba hey! One of the ways that CBD imparts an anxiolytic or anti-anxiety effect is by enhancing GABA receptor transmission, according to Australian researchers. GABA receptors are directly activated by Benzos such as Clobazam, an anti-epileptic drug. Clinical research has shown that CBD raises Clobazam blood levels in pediatric seizure cases, indicating a drug interaction.

Gut check. CBD is protective against intestinal permeability in response to pro-inflammatory cytokines (stress hormones) in the colon.

Beyond the manifold actions of CBD, numerous presentations focused on the role of the endocannabinoid system in disease pathology, including Alzheimer’s and other neurological ailments. German investigators reported that activation of the CB2 cannabinoid receptor reverses beta-amyloid-induced memory impairments and neuroinflammation. There was disagreement among scientists as to whether CB2 receptors are expressed in the brain and central nervous system under normal baseline conditions or only under conditions of duress, such as after a stroke.

A collaborative animal model study by researchers at the University of London and the University of Nottingham in the UK underscored the possibility of protecting against vascular aging by targeting the endocannabinoid system — specifically by inhibiting the FAAH (fatty acid amide hydrolase) enzyme that breaks down anandamide, a key endogenous cannabinoid lipid, which activates the CB1 receptor. Less FAAH means more anandamide, and more anandamide means greater CB1 receptor signaling. But rat FAAH differs from human FAAH, and thus far synthetic FAAH-inhibitors have yet to impress in human trials.

Dale Deutsch, a biochemist and cell biologist at Stony Brook, NY, first identified FAAH as a crucial component of the endocannabionid system in 1993. The 2016 recipient of the ICRS Career Achievement Award, Deutsch discussed his latest studies on endocannabinoid reuptake, transport, and deactivation in a keynote address. His lab has identified specific fatty acid binding proteins (FABPs) that transport anandamide inside the cell where it is delivered to FAAH and deactivated. Deutsch noted that CBD binds to the same FABP transport molecules, and this can impact endocannabinoid signaling. When CBD is present in sufficient amounts it will block anandamide transport and breakdown, resulting in higher endocannabinoid levels. “This may be one mechanism by which CBD works in childhood epilepsy, raising anandamide levels,” Deutsch suggested.

Anandamide is one of two main endocannabinoid compounds that are produced on demand 24/7 to maintain physiological homeostasis. The other principal endocannabinoid, known as 2AG, figures prominently in stress adaptation and resilience. Sachin Patel, winner of the 2016 ICRS Young Investigator Award, and his colleague at Vanderbilt University, Rebecca Bluett, elaborated upon the role of 2AG in regulating stress. “In most cases,” according to Patel, “endocannabinoid signaling via CB1 receptors appears to counteract acute stress responses and the adverse effects of chronic stress exposure, while functional antagonists of this system impair the ability of organisms to appropriately cope with stress.”

Ning Gu, a University of Ottawa scientist, explained that cannabinoid receptor signaling regulates how we regain consciousness as we recover from general anesthesia. Other presentations examined the impact of diet on endocannabinoid tone. Not surprisingly, the typical Western “cafeteria” diet dysregulates the gut-brain axis, which is mediated by the endocannabinoid system.

Dr. John McPartland, coauthor of a seminal paper, “Care and Feeding of the Endocannabinoid System,” talked us through a geological dreamtime expedition that traced the oldest known cannabis pollen samples, dating back 19.6 million years, to the grasslands of the Tibetan Plateau. This unique, ancient botanical diverged from its cannabis/humulus prototype 27.8 million years ago, according to DNA chloroplast sequences.

Scientific research into the cannabis plant led to the discovery of a hitherto unknown biochemical communication system in the human body, the Endocannabinoid System, which plays a crucial role in regulating our physiology, mood, and everyday experience. The knowledge that there are receptors in the brain that respond pharmacologically to cannabis — and the subsequent identification of endogenous cannabinoid compounds in our own bodies that bind to these receptors — has significantly advanced our understanding of human biology, health, and disease. And it also goes a long way toward explaining why cannabis is such a diverse and effective medicine and why it is by far the most popular illicit herb on the planet.

Martin A. Lee is the director of Project CBD and the author of Smoke Signals: A Social History of Marijuana — Medical, Recreational and Scientific.

California policy on Hemp and CBD in Food Products