June 26  Lester Grinspoon died yesterday at age 92 with Betsy, his wife of 66 years, by his side. Dr. Grinspoon’s article on Marijuana in the December 1969 issue of Scientific American conferred a measure of respectability on the illegal plant. The magazine was still in its heyday, widely trusted by scientists who wanted to stay abreast of developments in specialties other than their own. Grinspoon’s piece was an eye-opener for many.

Getting to know him and Betsy was one of the great fringe benefits of editing O’Shaughnessy’s. In our first issue we ran, “The Marijuana Problem,” in which Grinspoon  foresaw “the pharmaceuticalization of marijuana.”  Dr. Geoffrey Guy,  whose company GW Pharmaceuticals was developing a cannabis extract that would satisfy the regulatory authorities, told me in a friendly way that his feelings were slightly hurt. I told him in a friendly way that in the US, being criticized from the left could only be helpful with the regulatory authorities. And to commemorate the situation, I wrote The Ballad of Grinspoon and Guy. 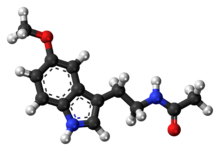