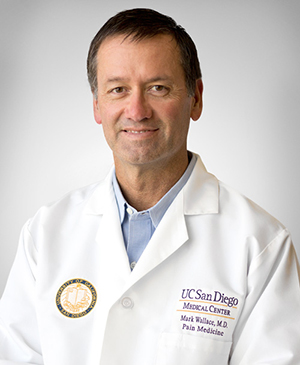 Only 9% of medical schools include Cannabinoid Medicine in the curriculum, so very few graduates are prepared to advise patients on how to use cannabis or explain how it works, according to a study published in Drug & Alcohol Dependence November 1 2017. Here’s the abstract:

Physicians-in-training are not prepared to prescribe medical marijuana.

We conducted a national survey of U.S. medical school curriculum deans, a similar survey of residents and fellows at Washington University in St. Louis, and a query of the Association of American Medical Colleges (AAMC) Curriculum Inventory database for keywords associated with medical marijuana.

Our study highlights a fundamental mismatch between the state-level legalization of medical marijuana and the lack of preparation of physicians-in-training to prescribe it. With even more states on the cusp of legalizing medical marijuana, physician training should adapt to encompass this new reality of medical practice.

David Wild of Pain Medical News based this story on the survey:

Researchers surveyed deans at over 100 medical schools and residents and fellows at one large academic center; scoured a national medical curriculum database; and found a paucity of education on an increasingly used treatment for pain and other conditions.

“I’m not surprised by the findings,” said Mark Steven Wallace, MD, chair of the Division of Pain Medicine at UC San Diego Health. “How do you develop a curriculum when you don’t have high-quality data?”

The federal government prohibits marijuana prescribing, but the substance is legal in 29 states as well as the District of Columbia. More states are in the process of legislating in favor of recreational or medical marijuana legalization.

Despite the increased legal availability of the substance, as co-investigator Carolyn Dufault, PhD, assistant dean of education at Washington University School of Medicine in St. Louis, and her colleagues found, medical schools are not keeping up with recognition of the medical value of marijuana.

They surveyed 101 deans at 82 allopathic and 19 osteopathic medical schools in the United States, 258 residents and fellows at Washington University, and analyzed curricula from 2015 to 2016 as listed in the Association of American Medical Colleges (AAMC) Curriculum Inventory.

The results of the survey (Drug Alcohol Depend 2017;180:151-155) showed that two-thirds of deans believed their graduates were not prepared to prescribe medical marijuana, and 25% said their students were not ready to answer questions about it.

Nearly 85% of residents and fellows said they had not received education on medical marijuana prescribing during medical school or residency, 90% reported not being prepared to prescribe medical marijuana, and 35% said they were not ready to answer questions on the topic.

Only 9% of medical school curricula in the AAMC database indicated a medical marijuana component.

“Medical education needs to catch up to marijuana legislation,” said Dr. Dufault, whose study was led by Anastasia Evanoff, a medical student at Washington University. “Patients are coming to providers with questions, and we need to be able to know the current state of knowledge on the topic.”

Apart from classroom education, Dr. Wallace said there is an opportunity for experiential learning on the topic at pain clinics like his, where medical marijuana is prescribed “every day.”

“We have UCSD students do rotations here, and they receive lots of exposure and many opportunities for learning about patient selection and prescribing, among other things,” he explained, noting that most of his own knowledge has been acquired through treating patients, “not through high-quality clinical trials.”

For example, Dr. Wallace has observed that some chronic pain patients arrive at the clinic after having tried and responded negatively to medical marijuana.

“Quite often that’s because they have not been using the right formulation or have been using too high a dose,” he said. “We find that a low dose of a strain that combines THC [tetrahydrocannabinol] with CBD [cannabidiol] is most effective, but you won’t find that mentioned in the literature or taught in the classroom.” 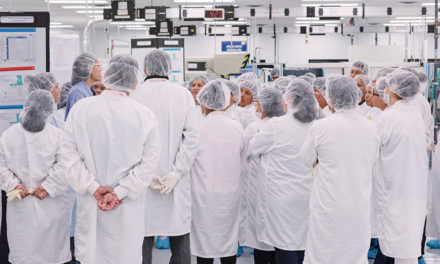 Who’s Zoomin’ Who on Trade Deals?