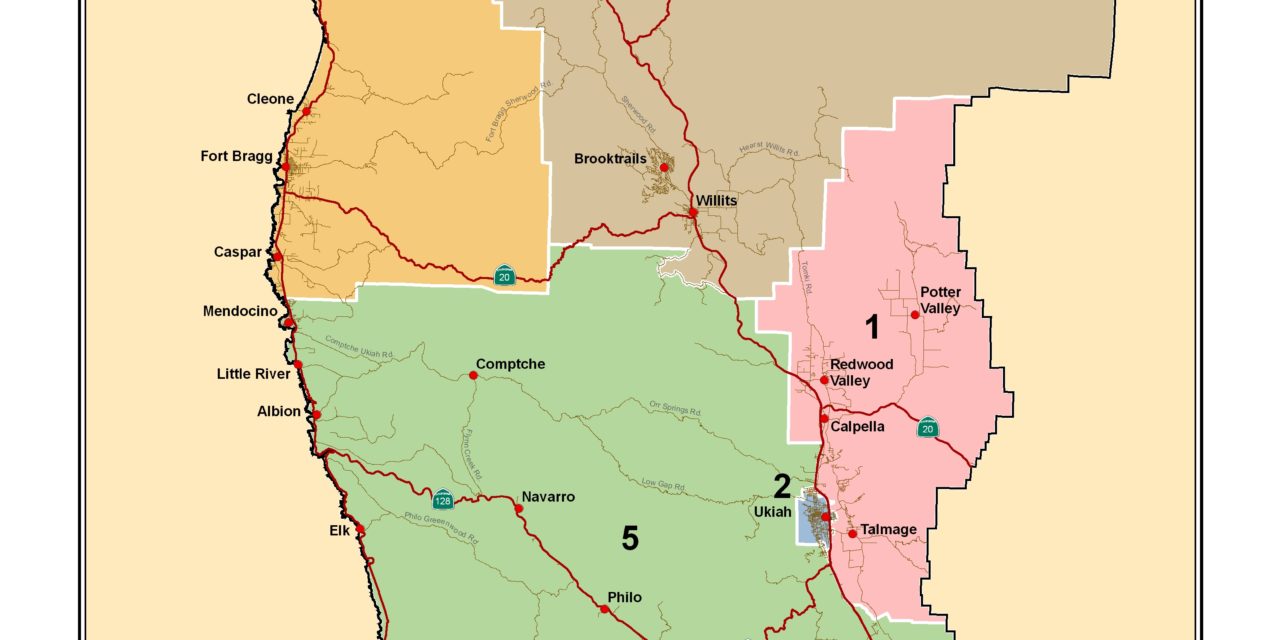 Something strange in Mendocino pot annals occurred at the 2016 County ballot. Neither of the two competing cannabis initiatives – Mendocino Heritage Act (AF) and Cannabis Tax Act (AI) — won 2/3 of the vote required for approval of new taxes. AI came close to passing, the vote was 7038 to 4024 against — 63.62 %.

The identical thing happened with the other closely watched ballot measures AG/AH for Mental Health taxes, which also failed with 65.19% and 62.68% (just short of the required 66 2/3%). It was heavily promoted by Sheriff Tom Allman for a compelling law enforcement reason — to relieve his office of the burden of handling non-criminal mental health cases. It appeared to be a shoo-in with little opposition. But AG lacked 2/3 of the vote to trigger AH, the funding mechanism. Sheriff Allman has been quoted as being discouraged by the public’s lack of understanding of the wrong-headedness of sheriff’s deputies dealing with the mentally ill. No one is disputing the Measure’s defeat.

Measures AI and AG met the same fate. Both cannabis taxes and mental health taxes were rejected by the voters.

So why are the Supervisors, Treasurer, Voter Registrar and County Counsel acting as though the Cannabis Tax Act passed? Are they hoping no one will notice? Will there be a penalty for businesses that mistakenly pay the cannabis tax that never passed?

Measures AI and AG met the same fate. Both cannabis taxes and mental health taxes were rejected by the voters.

So why are the Supervisors, Treasurer, Voter Registrar and County Counsel acting as though the Cannabis Tax Act passed? Are they hoping no one will notice? Will there be a penalty for businesses that mistakenly pay the cannabis tax that never passed?

Last month, the Treasurer contacted impacted businesses, such as dispensaries, to inform them of the new cannabis tax they are now expected to pay quarterly — 5% tax on total sales in addition to the existing 7.5% sales tax — 12..5% total.

Paula Deeter, proprietor of Herban Legend, Ft Bragg, commented. “I got a call from Treasurer Shari Shrapmire. She said they’d forgotten about me but that I am now responsible for compliance with the new cannabis tax law — 5% of total sales on top of 7.5% we already pay, due quarterly. My practice all along has been to help out the patients, who are already struggling, by paying the 7.5% sales tax myself. But 12.5% would be so onerous I could no longer afford to absorb the cost of both taxes. I’d have to begin to charge the patients.”

After 10 years in business, Herban Legend remains small and close to the patient community. Taxes should not be so burdensome that many small businesses find they cannot afford to pay them and all the subsequent taxes and fees and survive.

Paula also asked the Treasurer for clarification on the 2/3 voter requirement to pass a special tax and what was the difference between AG and AI, since both were rejected by the voters due to failing to win 2/3 of the total vote?

Shari said, “AG and AI are not the same. The cannabis tax Is not for a specific purpose but goes into the General Fund which only requires a simple majority, not 2/3. With AG, there was some direction where the funds were supposed to go.”

Why then did administrators ask the public – If it does pass, do you want funds to go to roads, schools, etc? Some of the cannabis funds would specifically have gone to mental health services if passed. Isn’t that specific enough?

Lawrence Rosen was helpful in creating a flow chart entitled: How to Determine the Voter-Approval Threshold for a Proposed Local Government Charge. He outlined the questions he asked to determine the cannabis tax is a special tax and requires approval from 2/3 of voters. 1) Will the tax be dedicated to a specific purpose? 2) Will the tax be levied on parcels of property? 3) Will a special district, school district, or community college district levy the tax?

The voter handbook may provide a clue. Supervisors Gjerde and McCowen wrote and signed the ballot argument statement for AI:

“Measure AI relieves the strain on the County budget and requires marijuana businesses to pay for the costs created by their industry.”

Compare Mendocino and Monterey Counties which fielded comparable tax measures. Monterey’s Commercial Cannabis Tax passed by 74.36%; the town of Del Rey Oaks in Monterey County got 79.93%, both well above the 2/3 tax threshold. But Mendo County’s Cannabis Tax Act only got 63.62%, falling short.

Perhaps grassroots opposition to the “deemed Misdemeanor” buried in the text of the tax code made a difference. This new cannabis crime for ‘any’ violation is far more egregious than overtaxation.

Chapter 6.32.270 Any person violating any of the provisions of this Chapter shall

be deemed guilty of a Misdemeanor and shall be punishable therefore.

The Misdemeanor clause is what Supervisor/author John McCowen called the “teeth” of enforcement, which he criticized the Heritage Initiative for lacking.

Mendocino’s Board of Supervisors created the Tax Act with a new cannabis crime to keep the cannabis community stuck in criminality, even as we emerge from it. To ‘deem’ a new misdemeanor for ‘any’ violation with punishment up to 6 months jail or fine or both is to take a step backward into an obscure toxic regulatory stew with many growers not grasping the financial/criminal quagmire they are entering. Lateness or other minor violations trigger punishment for criminal misdemeanors instead of civil infractions for minor tax mistakes. It’s not like being late for choir practice.

Atty Richard Rosen (unrelated) states, “This recriminalizes what the state has decriminalized. It’s bad public policy and I hope we can find it unconstitutional.”

The misdemeanor prong was a surprise to the Heritage Campaign which was naively working toward a compromise agreement on a single regulatory measure, putting differences aside, finding points of agreement. But BOS had no intention of joining forces and proved it by fielding a measure written by status quo prohibitionists embedding criminal misdemeanors in tax law for the forseeable future.

So growers and supervisors went their separate ways with rival initiatives and opposite purposes. The cannabis community wanted a multi-faceted regulatory model — that’s why it ran 60+pages —  to apply to all aspects of the commercial cannabis industry: cultivation, distribution, transportation, manufacturing, testing, labeling, dispensaries, nurseries, etc.

This approach was widely criticized as “the cannabis industry’s bid to write its own rules”. Those who prefer the status quo resist acknowledging thousands of growers over 40 years cultivating, breeding, perfecting their craft in the shadows, in nooks and crannies across the county and throughout the Emerald Triangle under conditions of prohibition, creating a multi-million dollar industry the county relies on economically. Growers who will be the most impacted by new rules of farming should be welcomed into the fold, not shunned, marginalized, criminalized and separated off from the rest. We are needed to help write the rules.

The BOS on the other hand wants a spigot of tax revenue and a legally crippled cannabis community, burdened with criminal misdemeanors for ‘any’ violation of the tax code. Law enforcement has been in charge of medical cannabis regulation under nuisance ordinance 9.31 since 2010. The Sheriff’s Office oversees inspections of medicine, determines compliance, dispenses punishments for violations. Why is the Sheriff in charge of medicine?

The County’s aim is to decapitate growers’ economic base by raking in cannabis revenue, applying criminal misdemeanors and over-taxation as punitive weapons.

The cannabis community has become an industry in the shadows of prohibition and is ready to come out into the light, guided by reasonable regulations approved by the voters. We anticipate a regulatory structure that allows space for small and medium sized commercial farms with affordable fees and tiers of taxation, starting with micro farms of 2000 sq ft under the local authority of Dept of Agriculture instead of law enforcement.

We reject the county’s adversarial attitude; it is time to collaborate and cooperate. We reject any new misdemeanor crimes rather than civil fines for petty tax errors. We reject the insinuation that we defiantly don’t contribute to the tax base and are only in it for ourselves.

The cannabis community didn’t prohibit or criminalize ourselves; that was done to us, based on our association with a plant the world increasingly needs for health and wealth.

Cannabis farmers have made a large contribution to society while being outlawed by cultivating and breeding a beneficial plant over decades, conscious of the extended ecosystems we inhabit in the shadows of society where we’ve been relegated as criminals, for better and for worse. 700,000 marijuana arrests still occur annually, most for simple possession, yet Mendocino County wants to etch cannabis criminality into tax law for the forseeable future. More punishment is the wrong direction, unworkable, unconscionable and probably unconstitutional.

Sup Gjerde was asked during a KZYX debate with Pebbles Trippet about the misdemeanor added to cannabis tax law, Measure AI. His explanation made little sense; they needed an enforcement mechanism the Hotel Bed Tax provided.

He was full of assurances: “But we don’t intend to use it.” Is there anyone who believes that, even GJerde himself?

We believe it will be used again and again to keep the cannabis community criminalized under tax codes as well as criminal codes, allowing for civil and criminal records side by side. This is progress?

Once society accepts the positive role played by two generations of small mom-&-pop cannabis farmers who’ve familiarized themselves with cultivation of the illegal plant as a source of good, we can conceivably get beyond the impasse we experienced at the 2016 ballot where both sides couldn’t agree, appeared to cancel each other out in the end and nothing whatsoever was gained or learned.

If the Cannabis Tax Act didn’t pass, this throws a monkey wrench in the BOS plan to pass their own multi-purpose regulatory ordinance, perhaps as early as Feb 7. It would be incomplete without a tax section for revenue purposes. But if the Initiative failed, taxes cannot be applied.

The options are to wait for 2018, the next general election, or schedule a special election. It is important that Mendo voters slapped the County for over-reaching with criminal misdemeanors for tax trifles. This is not just happening in Mendocino County. Adding misdemeanors to tax measures seeking voter approval is an emerging statewide strategy in other locales. It easily passed in Monterey County (74.36%) as well as several cities like Del Rey Oaks (79.93%). All the texts have the identical “Violation Deemed Misdemeanor” section, word for word, which suggests it is being orchestrated. Potentially this is the plum politicians are looking for: something popular with voters and strict with growers.

Is this a challenge for the courts? Is deeming a criminal misdemeanor with punishment in tax law an illegal end run around criminal courts where you can’t just deem it — you have to prove it!

Voters passed Prop 64 at the state ballot, following on the heels of the CA Legislature’s MCRSA (2015) re: medical cannabis. Regulations at the state level are shifting from criminality to equality — equal access/equal rights — and from law enforcement to agriculture, while leaving cities and counties to decide their own laws, including total outdoor bans. Does this also include ‘deemed’ misdemeanors without probable cause? 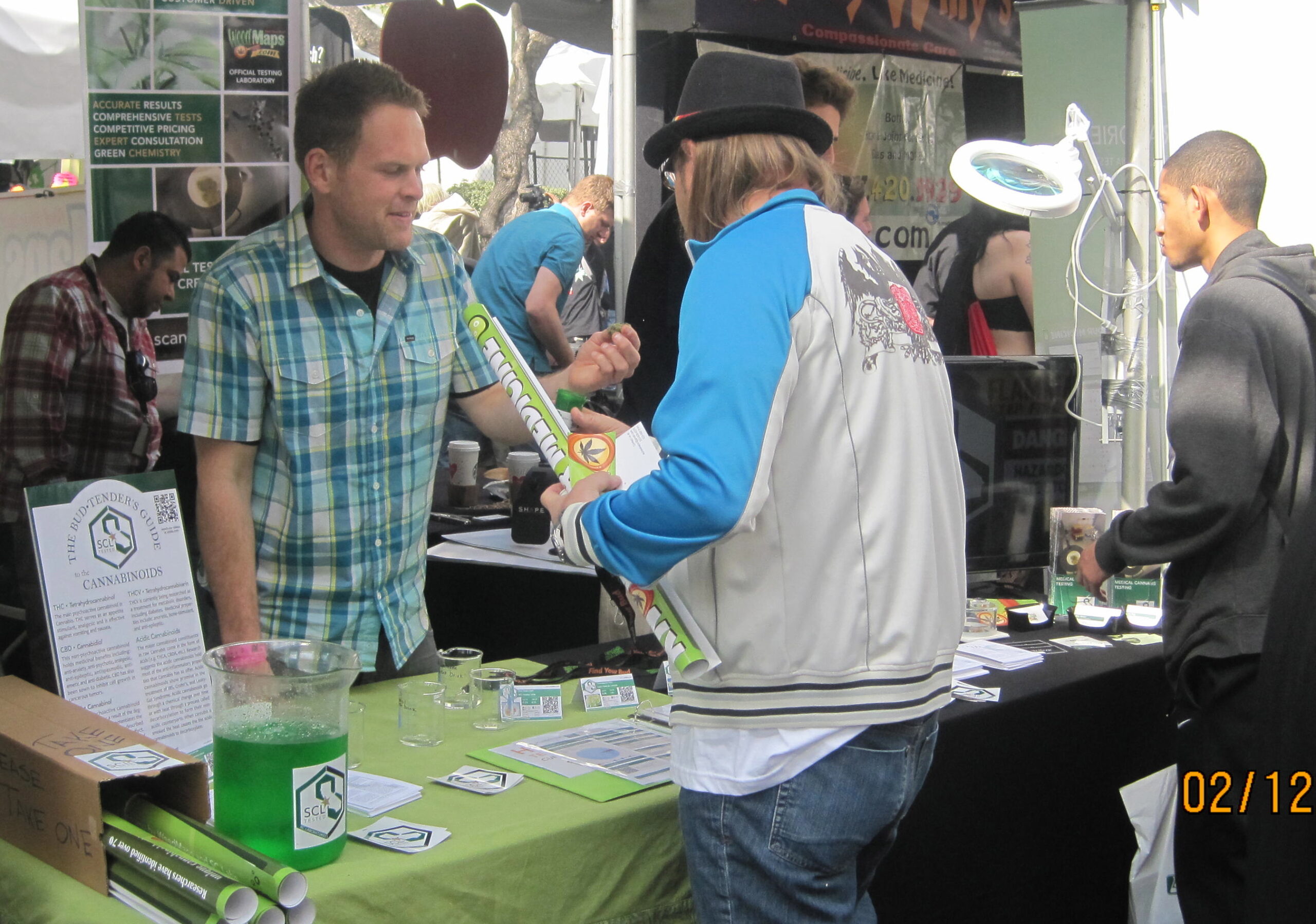 What’s the Matter with Australia?