Note to the SCC: Priorities for the Medical Board

By Fred Gardner  September 8, 2015     Reportedly the California legislature is instructing the medical board to investigate physicians who issue cannabis recommendations to large numbers of patients. The serious specialist and the quick-buck artist will fit the profile. Will a certain number of recommendations trigger an investigation (which can be a hassle and expense even if no prosecution ensues)?

Intimidating pro-cannabis doctors was the Drug Warriors’ first move after California voters passed Proposition 215 in November ’96. Four Star Drug Czar Barry McCaffrey and Attorney General Janet Reno threatened to pull the licenses of any California doctors who approved marijuana use by patients —but   that would violate the First Amendment, a federal judge ruled. In California Attorney General Dan Lungren’s office notified the 58 county DAs to immediately report any cases involving Tod Mikuriya, MD (as a witness for the defense).

Eight of the first nine physicians investigated by the med board based on cannabis-related complaints had attended CCRMG meetings. The board investigated Tod based on numerous complaints —all of which came from cops, sheriffs and DAs who hated the idea that pot users and even growers in their jurisdictions could not be arrested and prosecuted if they had his approval. Not one complaint came from a patient, or the loved one of a patient, or a nurse or other health professional involved in the patient’s care. Not one.

So the CCRMG discussed, at several meetings, what might be proper priorities for the board to bear in mind when deciding whether to investigate a given complaint. The following is from a note in my files c. 2003. I’m not sure what the last sentence means.

CCRMG proposes a triage approach: the Medical Board should give top priority to investigating complaints from patients or other caregivers that allege harm induced by a practitioner. Lowest priority should go to complaints from third parties that don’t allege harm to a patient. The Board also should define a standard of “probable cause” that has to be met in order for a complaint to trigger an investigation.

I’m not sure if there were more levels to the CCRMG triage scheme —Dr. Hergenrather or Lucido might recall. I have a vague memory that we presented it to the medical board, or published it in O’S (which isn’t indexed). It might be worth revisiting the question of investigative priorities, maybe for presentation to the med board as an adjunct to the looming crackdown… The graphic below is our first issue, front page… John Fleer emerged as the lead attorney in Tod’s case, and he did a terrific job, but the fix was in… Note that we were pushing CBD from the git-go.

From the Medical Board of California

Cannabis Use and Gum Disease 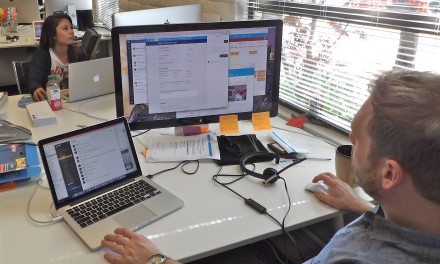