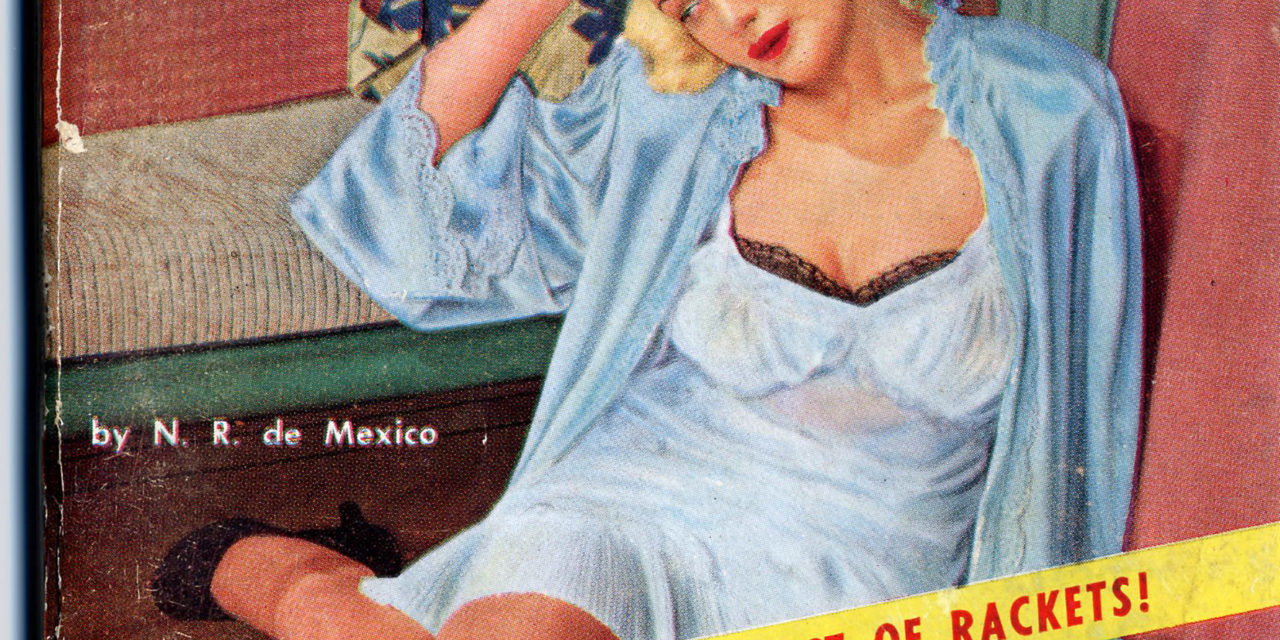 Marijuana Girl by the mysterious N.R. de Mexico is one of the first novels on the theme of the white teenage girl enslaved by dope, jazz, and prostitution —and in that sense one of the first “groupie” novels.

It is well written, with genuine characters and a feeling of empathy for Joyce Taylor, who gets turned on to marijuana by her boss, a newspaper editor who takes her into the City for cool jazz and warm sex. He’s married, and when they split up she seeks the jazz cellars, a lesbian girlfriend, and black musician lovers.

Marijuana leads to heroin and heroin leads to prostitution, the nice girl ruined. It’s the classic theme of the dope pulps, but written with sophistication. (One of Joyce’s lovers even quotes the LaGuardia Report of 1944 to the effect that marijuana is much less harmful than alcohol.) 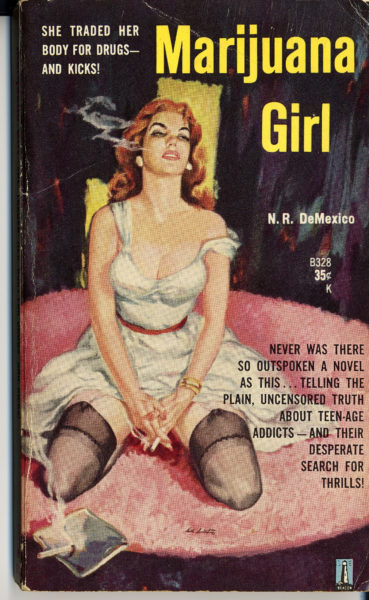 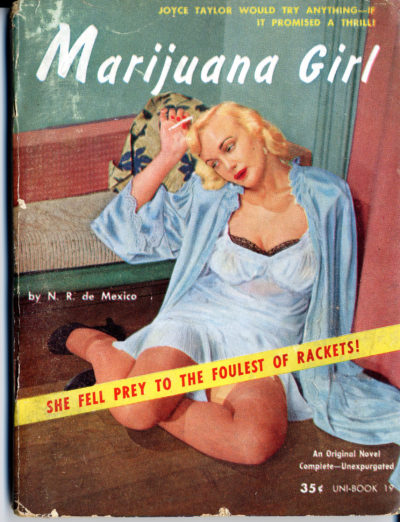 The woman on the 1960 Beacon edition cover looks more ready for action. Her robe is off, one strap of her slip is slipping, her hands are on her crotch,   smoke is rising from her open lips. The text is more lurid: “She traded her body for drugs —and kicks!”

I’ve not been able to discover the real name of the author, but he was evidently very familiar with the New York jazz scene of the late 1940s, the scene of the Beat Generation writers soon to follow.

Marijuana Girl includes an extensive “Glossary of Jive,”  in which marijuana and heroin terms of the era are defined.  “Jive” was meant to be unintelligible to the squares who might be listening in the subway. A slang to protect and identify, to separate the hip from the squares and the hustlers from the johns. And most of all, the drug users from the police.

Note that the mid-20th-century hipsters distinguished weed from “hard drugs.”

This is the Gone World of the beats— Dig it! Cool cats and chicks, charged on gauge. Give me five, man, you’ll flip your wig! Don’t be a drag, get hip to the jive!

Some publisher should consider bringing out a third edition. Till then, check your local used book store.