The Trouble With (Pre-Prohibition) Cannabis 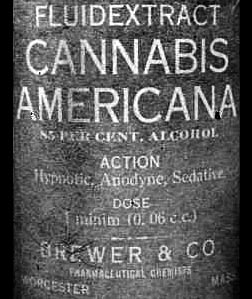 There’s a perplexing question associated with the banning of cannabis by Congress in 1937. Why would U.S. doctors and pharmacists —and the American people— allow a medically useful herb to be outlawed? Part of the answer, obviously, is that we, the people, are not the ultimate decision-makers; the government enforces the will of the corporations. But why wasn’t there more resistance from doctors and pharmacists? 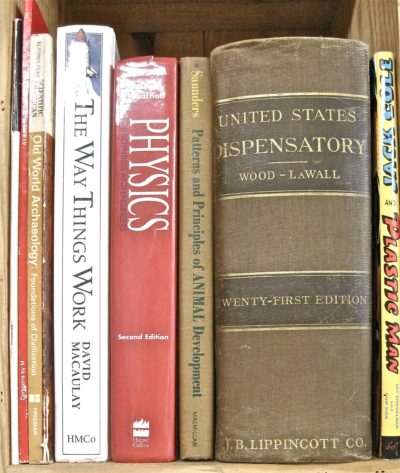 A succinct, plausible explanation can be found in the 1926 edition of the Dispensatory of the United States of America, published by JB Lippincott. (We scored a copy of this authoritative, 1,792 page compendium at a garage sale in Alameda for $2.) The authors of the article on Cannabis did not question its medical efficacy at all. Doctors were reluctant to prescribe it and druggists loath to dispense it, we learn, due to inconsistent potency.

“Cannabis is used in medicine to relieve pain, to encourage sleep, and to soothe restlessness. Its action upon the nerve centers resembles opium, although much less certain, but it does not have the deleterious effect on the secretions. As a somnifacient it is rarely sufficient by itself, but may at times aid the hypnotic effect of other drugs. For its analgesic action it is used especially in pains of neurologic origin, such as migraine, but is occasionally of service in other types. As a general nerve sedative it is useful in hysteria, mental depression, neurasthenia, and the like. It has also been used in other conditions such as tetanus and uterine hemorrhage, but with less evidence of benefit…

“One of the great hindrances to the wider use of this drug is its extreme variability. We are inclined to the opinion that one of the important reasons for the lack of confidence in this drug has been insufficiency in dosage. Because of the great variability in the potency of different samples of cannabis it is well nigh impossible to approximate the proper dose of any individual sample except by clinical trial. Because of occasional unpleasant symptoms from unusually potent preparations, physicians have generally been overcautious in the quantities administered.”

That’s the whole story, folks: the reason doctors in the pre-Prohibition era had misgivings about the cannabis tinctures marketed by Eli Lilly and other drug companies is that they lacked quality control with respect to potency!  Consistent dosing was impossible. At some point Lilly developed a potency test involving a dog, but it was inadequate to the point of absurdity.

The Dispensatory authors went on:

“While the inclusion of a physiological assay in the Pharmacopoeia has somewhat improved the quality of drug upon the market, it must be remembered that the present method of standardization is not quantitatively accurate; all that can be hoped from this assay is the exclusion of inert samples. The only way of determining the dose of an individual preparation is to give it in ascending quantities until some effect is produced. The fluid extract is perhaps as useful a preparation as any; one may start with two or three minims of this three times a day increasing one minim every dose until some effect is produced.”

Cannabis products were frequently too weak or too strong. No wonder doctors were reluctant to prescribe them!

The key point is repeated:

“No means have been suggested for determining, with even approximate accuracy, the relative potency of different samples of Cannabis indica, the physiological test simply demonstrating that the drug possesses a certain indefinite amount of physiological action. The official test is based on the degree of incoordination produced in the dog in comparison with that produced by a standard preparation.”

In  other words, in the era before the active ingredient(s) were identified and assays developed to determine uniform potency, cannabis products were frequently too weak or too strong. No wonder doctors were reluctant to prescribe them! Some patients would get inadequate doses, others would overdose on unexpectedly strong tinctures.

As the Rockefeller Foundation and the academic medical centers promoted  “scientific medicine,” the Cannabis plant seemed increasingly crude. Smoking was not recognized as a proper delivery method except in the treatment of asthma.

Not until the early 1990s, when Tod Mikuriya, MD, began advocating vaporization as the ideal ingestion technique in treating a wide range of conditions, was delivery via the respiratory system appreciated from a clinician’s perspective.