Jim Clark Could Give Marijuana Smugglers a Bad Name

A new movie recreates the March 7, 1965 civil rights march in Selma, Alabama that was violently suppressed by law enforcement and shamed Congress into passing a voters’ rights bill.

Howard Zinn had spent time in Selma with SNCC organizers whose voter-registration drive led up  to the march. (SNCC, pronounced Snick, was the Student Nonviolent Coordinating Committee.) Their nemesis was Sheriff Jim Clark, the personification of racist law enforcement. A big man, 6’ 2”, 22o lbs, Clark was quick to use cattle prods on demonstrators and wore a button that said “Never” to express his position on integration.

These are Zinn’s notes on encounters with Sheriff Clark on October 7, 1963 (exactly 17 months before the famous march):

11:20 a.m.  Forman, Gordon and I were talking near the side entrance of the County Courthouse, around the corner —no line there. Sheriff Clark came over, his eyes vacant, his voice rising: “All right, clear out of here, you’re blocking the sidewalk.”

11:50 a.m.  Jim Forman told us Sheriff Clark and two deputies had just been to Mrs. Boynton’s and arrested Parathia Hall The charge was “contributing to the delinquency of a minor.” Clark had just returned from this little mission, for he now appeared behind Forman. His mood was ugly. He poked his club again and again into Forman’s side. “Get on! Get on!” Forman moved down the line towards the end. Ten Negro men were joining the line. We kept going, completely around the corner, Clark now far behind.

11:55 a.m.  Forman mused abut the problem of getting water to the people on line. The sun was beating down. I was in front of the courthouse door, the posse thicker now. I looked across the street to the federal building and saw there on the steps —standing so still the for a weird moment they looked like statues— two SNCC fellows, holding signs that faced the registration line. One, in overalls and a fedora, had a sign saying “Register To Vote.”

I moved across the street to get a better look. As I did so, Sheriff Clark and three helmeted deputies came walking fast across the street. They went past two Justice Department attorneys and two FBI men up the steps of the federal building and  grabbed hold of the two SNCC fellows. Clark called out: “You’re under arrest for unlawful assembly!” A small knot of white men on the corner were yelling: “Get ’em, Big Jim! Get ’em!” The deputies pulled the two fellows down the steps of the federal building and pushed them into a police care. One of the white men on the corner yelled, “You forgot one, Big Jim!” I looked around and saw a lone SNCC man around the corner on the steps to the other entrance into the federal building, holding a Voter Registration sign. Clark mounted the steps, and reached the lone sign-carrier: “You’re under arrest for unlawful assembly!” He too was pulled into the police are.

I had seen other instances of federal invisibility in Deep South crises, but this was too much. I turned to the Justice Department man near me. “Is that a federal building?” I asked. “Yes,” he said, and turned away. The police car with the three SNCC men sped off.

We aren’t filing this item under “Off-Topic” because there’s a marijuana connection —none other than Sheriff Jim Clark.

In the March 7, 1965 confrontation at the Edmund Pettus Bridge, Alabama state troopers and a posse of volunteers commanded by Clark assaulted kneeling marchers with dogs, fire hoses, whips, nightsticks and tear gas. Eighty-four people were injured.

A year and a half later Clark was defeated for re-election by Black voters empowered by the new federal voting rights act, plus whites who didn’t dig his act.

Clark died in June, 2007. An obituary sent out by the Associated Press made passing reference to his having done time for conspiracy to smuggle marijuana:

…Clark was voted out of office in 1966, in large measure because of opposition from newly registered black voters, but through his life he maintained he had done the right thing in 1965.

“He was a very, very mean man. His meanness really served simply to express the subtle evil of the system of segregation,” said Andrew Young, the former Atlanta mayor and United Nations ambassador who organized voter registration efforts in Selma in 1965.

The Voting Rights Act opened Southern polling places to blacks and dramatically changed the political landscape of the South, including Selma. Some 9,000 blacks registered to vote in Dallas County, where only 350 had been registered even though blacks made up a majority of the population.

Clark lost the Democratic primary in 1966 to J. Wilson Baker, a former Selma director of public safety who supported civil rights activists’ right to demonstrate peacefully. Clark then waged a write-in campaign but lost to Baker again that November, garnering about 6,740 votes to Baker’s 7,250…

After he lost his re-election bid, Clark sold mobile homes, largely staying out of the spotlight until 1978, when he went to federal prison for conspiring to import marijuana. He served about nine months.

In a 2006 interview with the Montgomery Advertiser, Clark said, “Basically, I’d do the same thing today if I had to do it all over again. I did what I thought was right to uphold the law.”

Clark’s most thorough obituary, by Margalit Fox of the New York Times added no details about his doing time for marijuana smuggling. But a quick Google search turned up coverage of his guilty plea and sentencing.

“…Clark pleaded guilty in U.S. District Court here Wednesday to a charge of conspiracy to bring a planeload of marijuana into Alabama from Colombia.

“He was arrested with six others after the plane, a DC-3, made a forced landing at the Montgomery municipal airport last May 10 because of engine trouble.

“The plane was left unattended at the airport and officers called in to investigate said they found 6,200 pounds of marijuana aboard.

“Clark, 54, pleaded guilty to one count of the conspiracy indictment after three other counts were dropped. Sentencing for the ex-sheriff was set for Dec. 1.

On December 3 the Chicago Tribune, under a headline that said “Former Selma sheriff gets 2 years for pot smuggling,” ran a UPI (United Press International) dispatch on Clark’s sentencing:

…The hulking former sheriff of Dallas county was sentenced along with three other men after pleading guilty to conspiring to import more than three tons of marijuana from colombia.

U.S. District Judge Robert E. Varner did not say where Clark, 54, will serve his term, but he must report to federal marshals by Jan. 3 to begin his sentence.

Clark refused to talk to reporters as he left the courthouse.

The charges came after state and federal drug agents found about 6,600 pounds of marijuana on a disabled plane at the Montgomery city airport last May. Agents said the marijuana was worth about $4.3 million.

This is to suggest that an Alabama journalist —or maybe a novelist— look into the arrest and prosecution of Jim Clark for conspiracy to smuggle 3.3 tons of marijuana from Colombia. Still available to interview may be the lawyer who handled the plea bargain, the prosecutor, his associates in the enterprise, and others who can provide details. Did Clark know he’d be getting out of prison after nine months? Who were his partners in crime? What was their plan? Who was the buyer? What was the evidence of Clark’s involvement? What was his role? Had they pulled off other jobs before the disabled-plane fiasco? Did Big Jim use the herb himself or did he just want to make money off it? Where did he do time? How did he fare inside?

Jim Clark could give marijuana smugglers a bad name.

PS:  At least some hip, brave SNCC organizers were using the herb in the period leading up to the famous march. On a weekend pass in  April, 1964,  I hitchhiked from Fort Polk to Jackson, Mississippi (it was

easy to get rides in dress greens), assisted Casey Hayden with some office work, and  spent the night at a SNCC house. In the morning I was astonished to see one of the organizers, a slender guy named Charlie, roll and fire up a reefer. I didn’t partake. I thought but didn’t say that marijuana seemed like an unnecessary risk. What a square! Wish I could roll back the clock and share that joint. 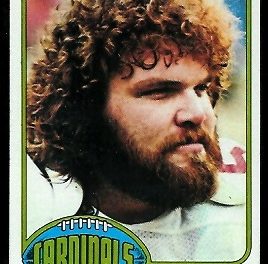 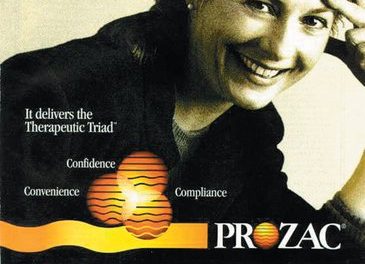 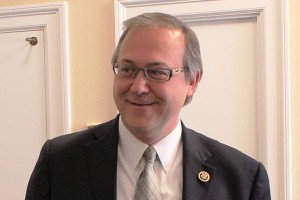