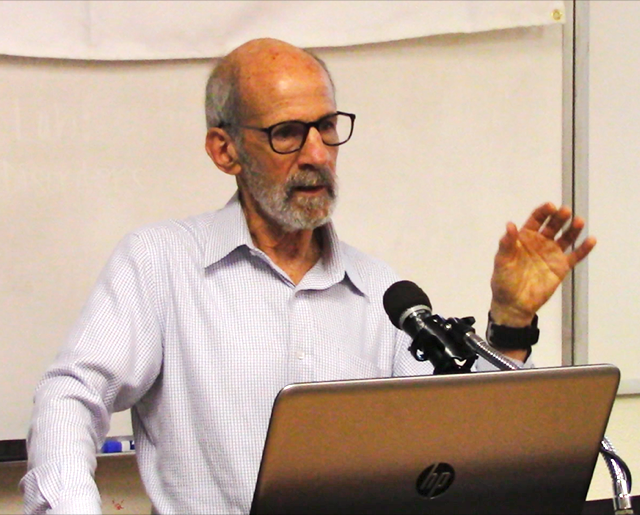 • The study he published in 1997 comparing mortality statistics of Northern California Kaiser patients who did and did not use marijuana.

• The report released in January by the National Academy of Sciences, The Health Effects of Cannabis and Cannabinoids: The Current State of Evidence and Recommendations for Research. Sidney was a member of the committee that produced the report, as was Dr. Donald Abrams.

• The report’s chapter on cardiometabolic risk, of which Sidney was the author.

Sidney and colleagues looked at 10 years of mortality statistics for more than 65,000 men and women who received health check-ups at Kaiser’s Oakland and San Francisco hospitals between 1979 and 1985. Patients were divided into groups ranging from those who had never tried marijuana to those using it currently and regularly.

Mortality statistics for all patients were followed until 1991 and analyzed for any association between marijuana and death. The study’s statistical methodology controlled for the use of tobacco and alcohol so that deaths from marijuana smoking could be clearly defined.

Sidney et al found no increase in deaths among the more than 14,000 patients who reported they were marijuana users as compared to those who had never used marijuana. The total mortality risks associated with marijuana use were lower than those for cigarette smoking for both men and women. Women who used marijuana had a lower risk of total mortality as compared to those who consumed alcohol regularly.

Sidney did not say in his SCC talk that the 1997 paper was ignored by the media when it was published. It was taken seriously by UCLA pulmonologist Donald Tashkin, MD, whose own research had strongly suggested an association between marijuana smoking and lung cancer (which would increase mortality risk). Tashkin had established that marijuana smoke contains benzene and other carcinogens. His photomicrographs of lung tissue damaged by marijuana smoke implied that the disorganized cells were pre-cancerous. Expecting to disprove the conclusions of Sidney, et al, Tashkin in 2002 undertook a large placebo-controlled clinical trial that, to his surprise, showed that cannabis smokers were not at higher risk for lung cancer. Evidently cells damaged by cannabis smoke die off instead of metastasizing, and the anti-oxidant effect of cannabinoids is protective.

Sometimes you have to keep two contradictory ideas in mind. The recently published NAS Report can be seen as a necessary step in the process by which Scientific Medicine establishes that a substance is safe and beneficial. Humane, unprejudiced Drs. Stephen Sidney and Donald Abrams (who knew each other at Stanford Medical School, BTW) played key roles in producing the report, which was released in January.

The NAS report can also be seen as yet another step in a stall in the name of Science that has justified marijuana prohibition all these years. It is the successor to the Institute of Medicine report issued in 1999 that disappointed Tod Mikuriya, MD, as reported here. The IOM investigators ignored evidence based on patients’ records that was provided to them when they visited the Oakland Cannabis Buyers Club, and the evidence that vaporization was easier on the lungs than smoking.