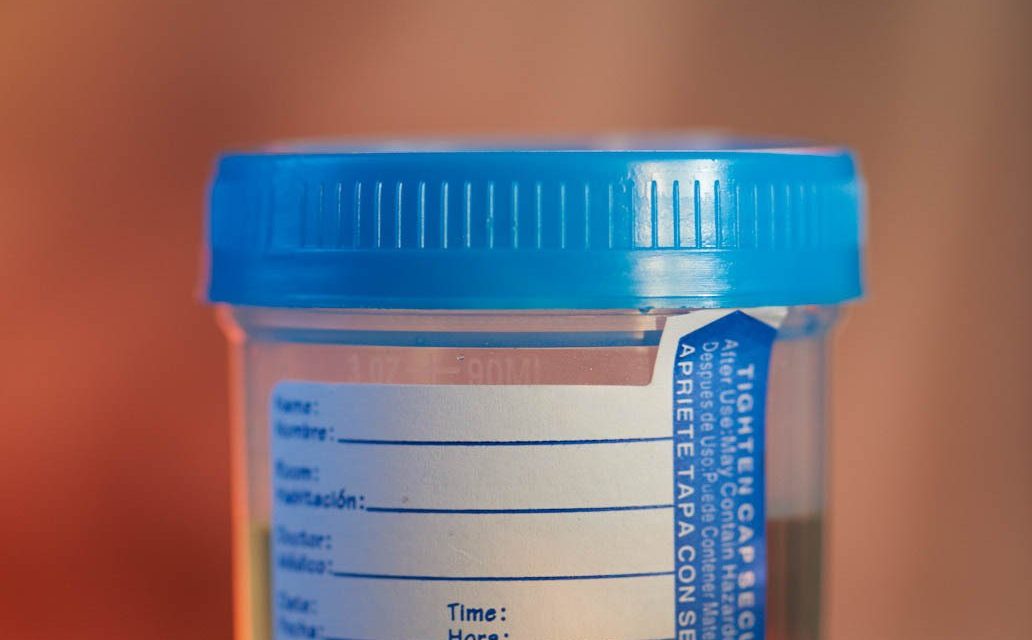 January 3, 2018. Drug rehab clinics have added their own testing services to wring more profit out of their clients, according to a well-researched exposé by David Segal of the New York Times. Segal explains:

“in 2010, as opioid abuse evolved into a crisis and the Affordable Care Act offered insurance to millions more young people, the cost of urinalysis tests soared. It was soon common for clinics and labs to charge more than $4,000 per test, and to test clients two or three times a week.

A retired insurance investigator describes the victims as “thousands and thousands of kids,” adding, “This is a billion-dollar fraud in Florida alone.”

Segal focuses on a clinic in West Palm Beach called “A New Start” and a 23-year old client, John Baker:

“A few months after he started treatment there, in early 2015, two bills arrived at his father’s home. They cataloged dozens of urinalysis tests both from the clinic and from the sober home where he lived, which ran its own urinalysis lab.

Rehab centers and labs say extensive testing is necessary because clients are getting high with rare designer drugs and exotic combinations of over-the-counter medications. Mr. Baker’s urine, for instance, was tested for amphetamines, antidepressants, antipsychotics, barbiturates, benzodiazepines (a class of sedatives), and the list goes on..

Thousands of small, clinic-owned labs have quietly sprouted nationwide, ramping up the competition for independent labs that once dominated the industry. The clinics that have yet to jump into the lab business are now inundated with breathless pitches from companies that specialize in helping to set up complete, ready-to-run labs for clients. “15 samples per day could yield $800,000 in profit!” read one email sent last year by Mercedes Medical, a supply company in Sarasota, Fla.

In recent months, insurers have started to ratchet down reimbursement rates for urine tests, but profit margins remain enticingly high. The windfall has roiled the rehab industry, which is in the midst of a kind of civil war

On one side are the clinic owners who have never cashed in on urinalysis and are aghast at the cascade of money now pouring into the pockets of their competitors. They tend to be the loudest critics of those on the other side of this battle — the clinic owners who realized that their clients’ urine is a path to riches.

“Some of these places have cleared $400,000 a month in profit,” said Brian Crowley, the chief executive of Integra Enterprizes, which consults with clinics that want to open labs.

A New Start is an outpatient program, which means that it offers therapy but not housing. So Mr. Baker lived at a nearby sober home called Seamless, with about 15 other drug users. Because Seamless had its own urine testing lab, Mr. Baker, like countless other patients, provided samples to both his sober home and his treatment facility.

All of Mr. Baker’s samples were sent to the 46,000-square-foot Alexandria Innovation Center, where the labs for both A New Start and Seamless were based. Anywhere from 25 to 200 specimens a day arrived at A New Start’s lab, according to Theresa Lee, former chief scientist for the company.

“Monday is the busiest day,” she said, “because that’s when all the weekend samples arrive.”

Samples are first run through a screening analyzer, a device that can detect more than a dozen drugs, such as cocaine and marijuana. This is called a qualitative test — or more colloquially, a screen.

It is a more expensive version of the $20 test sold at drugstores, the kind prospective employees are asked to take before starting new jobs. The lab version of a screen looks for the same drugs as the one sold at CVS, but is far more sensitive, which is to say that it can detect smaller amounts of drugs.

Labs are reimbursed by the federal government for screens on Medicare patients at a maximum of about $80 per test. For each of Mr. Baker’s screens, A New Start’s lab billed $1,980. It’s common for private insurers to reimburse at higher rates than public programs, and in very rare cases — for certain back surgeries, for instance — private insurers can pay twice as much as Medicare. A New Start’s lab was asking 2,375 percent the government rate.

The screen was the cheap part.

A New Start’s lab also ran Mr. Baker’s urine through a liquid chromatography-mass spectrometry device, which costs about $250,000 and looks like an immense photocopier attached to an espresso machine. It conducts quantitative tests — often called confirmations. These cover a wider range of drugs and determine how much of a particular drug is in a patient’s urine.

For Medicare patients, the government reimburses between $117 and $254 per confirmation test. For each of Mr. Baker’s, A New Start’s lab charged more than $4,000. At the same time, the lab owned by Seamless was conducting both screen and confirmation tests on Mr. Baker’s urine, too.

Costs aside, there is the question of whether confirmation tests were even necessary in Mr. Baker’s case. All of his screens had come back negative. Typically, confirmations are conducted only if a screen comes back positive.

Nicole Sauvola, a lawyer for A New Start and its lab, said that even when screens are negative, confirmation tests are often essential. That’s because confirmations detect and measure a wide variety of exotic drugs, including synthetic stimulants and muscle relaxants, as well as the commonly abused drugs found by screens.

“Physicians and psychologists who are working in this field will tell you that every one of these kids would be dead without drug testing,” she said…

To get an independent assessment of the testing procedures used by A New Start’s lab, Ms. Sauvola recommended speaking to the American Society of Addiction Medicine, which publishes industry benchmarking guides. The group, in turn, recommended one of its former presidents, Louis Baxter.

Dr. Baxter declined to discuss the specifics of Mr. Baker’s tests. But generally speaking, “having two separate entities testing one patient, that is irregular,” Dr. Baxter said. “One source can test a patient and then share that information with the other.”

He added that he is troubled when intensive outpatient programs also own labs.

Dr. Baxter is not troubled by drug testing per se. ASAM’s position is that coercion —the threat of drug use costing a person their  job or their scholarship or their freedom— is a necessary prelude to treatment. Thus the Sensible Helping Professional takes a stand against excessive testing.

One independent lab owner who examined Mr. Baker’s bills was struck by the number of drugs for which he had been tested. Urine tests are often tailored to the client, said David Muskat, the chief executive of Synergy Diagnostic Laboratory and a critic of overtesting. People addicted to heroin are typically tested for opiates, marijuana and other types of downers. Testing for amphetamines and other uppers makes less sense, he said.

A New Start is suing UnitedHealthcare for withholding $12 million in insurance payments.

In a motion to dismiss, UnitedHealthcare called the tests “unjustified” and “excessive” and said that A New Start’s lab had billed $188,305 for tests conducted on a single patient in the span of four and a half months.

Segal names only one of the physicians involved:

Behind every urinalysis test is a doctor who must sign a requisition — essentially a note stating that a client’s urine should be tested. For some doctors, requisitions can be a lucrative side business, producing fees between $3,000 and $8,000 a month from each clinic or sober home. Some doctors work with more than one facility at a time.

One of the doctors overseeing Mr. Baker’s urinalysis tests was Dr. Michael Ligotti, who was listed as the medical director for nine different treatment centers as of October, according to records kept by the Florida Department of Children and Families.

Dr. Ligotti’s name has appeared often enough on insurance bills that he has attracted the notice of Southeast Florida Recovery Advocates, a group of activists trying to raise awareness about abuses in the drug treatment industry. Part of that, they say, is highlighting the role that doctors play in enriching clinics and sober homes by approving unnecessary urinalysis tests.

Late last February, the group held a protest on the sidewalk next to Dr. Ligotti’s office. One of the protesters had a placard that read “Stop Killing Our Kids.” Another read, “We demand physician ethics.”

A call to Dr. Ligotti’s office was returned by his lawyer, Benton Curtis, who said his client would not answer questions. “Dr. Ligotti has enjoyed a sterling reputation in South Florida for years as a respected doctor, family man and a civically involved member of the community,” Mr. Curtis wrote in an email…

The size of bills for urinalysis tests was determined through trial and error by the clinics, said John Lehman of the Florida Association of Recovery Residences, which has been battling substandard operators for years. Insurers were sent bills for tests and if they were paid, the cost of the test would go up when new bills were submitted. Mr. Lehman said that early experiments with billing yielded about $4,200 per test, and each client was tested five times a week. That adds up to $21,000 in billings per week, per client. Some clinics had more than 40 clients.

It took years to realize what was happening, insurance executives said. That was mostly because urinalysis tests had never before cropped up as a billing issue, and the doctor-signed requisitions ordering the tests gave them the aura of medical authority.

But in 2015, the Justice Department announced that Millennium Health, a San Diego company that operates labs, had agreed to pay$256 million to resolve allegations that the company had overbilled Medicare and Medicaid for unnecessary urine and genetic tests. Among the findings: Seniors were routinely tested for PCP, also known as angel dust.

A spokeswoman for Millennium said in a recent email that the company has had new owners and new leadership since 2015. Millennium, she wrote, now adheres “to the highest standards of responsible and ethical business practices.”

… Even with insurance companies cutting their reimbursement rates, the boom in lab construction has not abated, according to people like Andy Wright, the president of Mercedes Medical, the Sarasota-based company that sells lab equipment. He said that he sees more than a dozen new labs built each month.

George McNally the former owner of the defunct House of Principles, a sober home in West Palm Beach, described an anecdote he heard not long ago at an Alcoholics Anonymous meeting. “A guy there, who works at a treatment center, was talking about how he had somehow messed up these five U.A.s,” Mr. McNally recalled, using the shorthand for urinalysis tests.

The man’s boss had berated at him, Mr. McNally said: “Don’t you know — this stuff is liquid gold?” 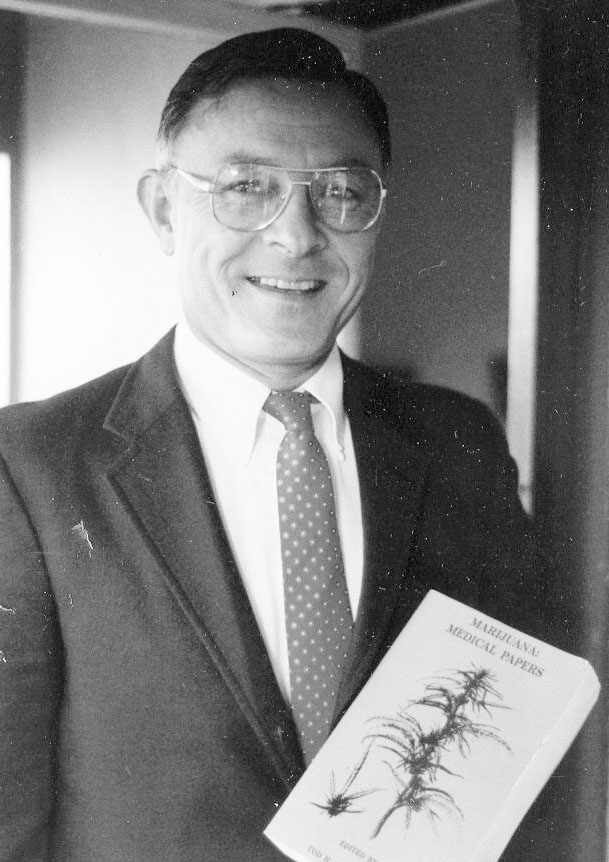 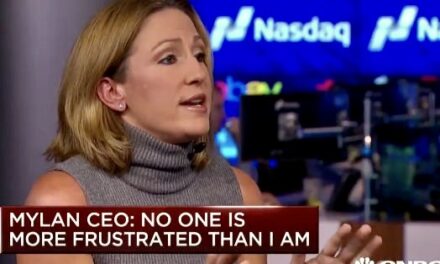