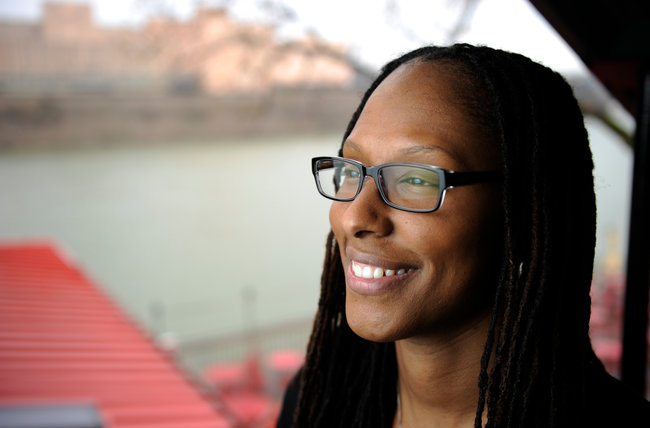 William Rhoden’s long piece in the NY Times Feb. 24 about Chamique Holdsclaw ‘sharing her struggles’ with students could have come right out of Big Pharma’s playbook for the original Prozac marketing campaign. The great hoopster is evidently shilling for “a mental health advocacy group” called ‘Active Minds,’ that promotes treatment for depression on college campuses.

The goal of Eli Lilly and the medical establishment was to convince people that there is a very serious, widespread illness, “clinical depression,” that is distinct from mere “situational depression” and can be successfully treated by doctors —but first you have to overcome your reluctance to seek help.

The drug companies quietly funded front groups like the National Alliance for the Mentally Ill to promote their message. They used gullible and/or well-meaning celebrities as pawns in their game.

Rhoden refers to Ricky Williams as another “high-profile athlete to admit to depression.” Actually, the condition for which Williams was prescribed Paxil, “Social Anxiety Disorder,” is distinct from “Depression,” according to the Diagnostic and Statistical Manual of the American Psychiatric Society. SAD supposedly affects more than 12 million Americans. In the ‘90s company that is now GlaxoSmithKline got FDA approval to market Paxil for SAD and publicized the condition using Ricky Williams as a “poster child” (a Madison Avenue term that is demeaning when applied to adults and cynical when applied to children).

Holdsclaw ought to touch base with Williams, who in 2004 told a reporter that marijuana was “10 times more effective” than Paxil. Williams announced his retirement from pro football February 6. As a 34-year-old back-up with the Baltimore Ravens last season he ran for 444 yards, bringing his NFL career total above 10,000 yards —despite injuries and a hiatus that lasted more than a season after he asserted his right to smoke marijuana in ‘04. Williams also caught passes for 2,606 yards and scored a total of 74 touchdowns.

Holdsclaw is retired from basketball and has just brought out her autobiography. (“Active Minds” will undoubtedly buy and distribute a truckload.) She reveals that she experienced extreme sadness after the death of her beloved grandmother. She was prescribed a pharmaceutical anti-depressant, stopped taking it, then tried to commit suicide by taking all her pills at once. Now “Active Minds” is dispatching her to college campuses to carry the message to students: don’t be ashamed to see a doctor if you have symptoms of depression.

Maybe some Student for a Sensible Drug Policy —or a depressed Counterpuncher— will look into the funding of “Active Minds.” Please contact me if you do. If Big PhRMA isn’t involved, I’ll eat my hempen hat.

The Prozac Marketing Campaign and the Medical Marijuana Movement

In the beginning was the diagnosis: Depression. [Doctors are taught to capitalize the names of medical disorders, as if it makes them more official. Many publications follow suit.] Depression of various subtypes —and all other forms of mental/emotional illness—are defined and assigned numbers in a massive tome called the Diagnostic and Statistical Manual of the American Psychiatric Association. The DSM, accurately dubbed “the bible” of the APA, is reissued every decade or so; DSM V will soon arrive on the desk of a shrink near you. The DSM definitions are written by doctors beholden to Big PhRMA. The federal government adopts the definitions in official treatment guidelines. The whole process is medicine and the government in service to the pharmaceutical industry.

Note to our Libertarian friends: the problem is not “government” per se, but government serving the corporations.

Eli Lilly got FDA approval to sell Prozac for Depression in December, 1988, as George W. Bush was succeeding Ronald Reagan. In the years that followed we, the people, were subject to an unprecedented campaign to publicize a certain definition of Depression —a serious medical condition resulting from a chemical imbalance in the brain. The corollary followed: Depression can be treated efficiently by a drug that increases levels of a neurotransmitter called Serotonin.

The Prozac marketing campaign escalated in the 1990s. Serotonin became a household word, “Listening to Prozac,” a best-seller. We were told that Depression affected millions of people who, unfortunately, were not seeking treatment for various reasons (ignorance, shame, etc.) Primary care doctors and other MDs were provided with simple questionnaires enabling them to diagnose Anxiety, Depression, Alcoholism/Substance Abuse and several other disorders in eight minutes or less! Questionnaires popped up in the media. Dear Abby told her readers where to turn for help (PhRMA-funded fronts).

Other “Selective” Serotonin Uptake Inhibitors (SSRIs) hit the market — Zoloft from Pfizer, Paxil from Glaxo… The FDA approved SSRI use in treating “Generalized Anxiety Disorder,” “Social Anxiety Disorder,” and other DSM-defined forms of insecurity and/or loneliness.

Dennis Peron launched the San Francisco Cannabis Buyers Club in response to the AIDS epidemic —and just as the Prozac marketing campaign was taking hold of the culture. He claimed protection under a San Francisco ballot measure that he had orchestrated in ’91, and a Board of Supervisors ordinance introduced by Terence Hallinan.

Dennis’s detractors have tried to portray him as a Machiavellian whose hidden agenda was marijuana legalization and who used the terms “compassionate use” and “medical use” as cover. Nothing could be further from reality. (Perhaps Dennis’s detractors were “projecting,” which is the psychiatric term for assuming that someone else thinks the way you do.) Dennis had been dealing with death for a decade. He once told me he had lost a hundred people —his oldest, closest, bravest friends. When I visited him at the SFCBC on Church Street one early evening c. 1992 it was mostly AIDS patients hanging out there. A man who looked emaciated handed me a joint. I didn’t want to hurt his feelings so I took an awkward drag.

By the summer of ’95, when the SFCBC moved to a five-story building on Market St. between10th and Van Ness, it had some 7,000 members. AIDS patients accounted for an ever-decreasing fraction of the membership as people with less grave conditions joined.

BTW, unlike many entrepreneurs running dispensaries today, Dennis did not refer to customers as his “patients.” Most of the people who hung out at 1444 Market St. did not wish to be defined by their sickness. They wanted and needed companionship as well as cannabis. Dennis tried to explain this to the Institute of Medicine investigators who interviewed him in December, ’97. He was running a club and didn’t call it a dispensary.

It had come as news to Dennis, as he listened to members’ stories in the early 1990s, that marijuana could be beneficial for such a wide range of conditions. BTW, Dennis listened to everybody’s story. His office was on the mezzanine and everyone walked by it on their way to and from the third and fourth floors, where people were socializing, and anyone could go in at any time. I can’t remember a single time I asked, “Who’s she?”: that he didn’t know their whole story.

Like Tod Mikuriya, MD, the doctor who tracked the conditions for which SFCBC members were using cannabis —and unlike the medical establishment, which sees “drug-seeking behavior” inside every amygdala— Dennis believed what people were reporting. His famous formulation, “In a country where they prescribe Prozac for shy teenagers, all marijuana use is medical,” has been widely misquoted. His detractors simply drop the conditional preface —as if it was irrelevant— and cite the final five-word generalization as proof that, to Dennis, “medical marijuana” was just a false pretense for legalization, he was a “loose cannon,” unsuitable as a reform spokesperson, let alone leader.

Medical marijuana entrepreneurs in California owe a debt of thanks to Dennis, obviously. They also owe a debt of thanks to Big PhRMA. The successful campaign of the ‘90s to medicalize Depression et al has expanded the customer base —but not all the way. “Many more applicants for physician approval would be presenting with Anxiety and Depression,” according to Tom O’Connell, MD, “if they didn’t think a physical problem would make it easier to qualify.”

-Fred Gardner is the editor of O’Shaughnessy’s, The Journal of Cannabis in Clinical Practice. He can be reached at fred@plebesite.com