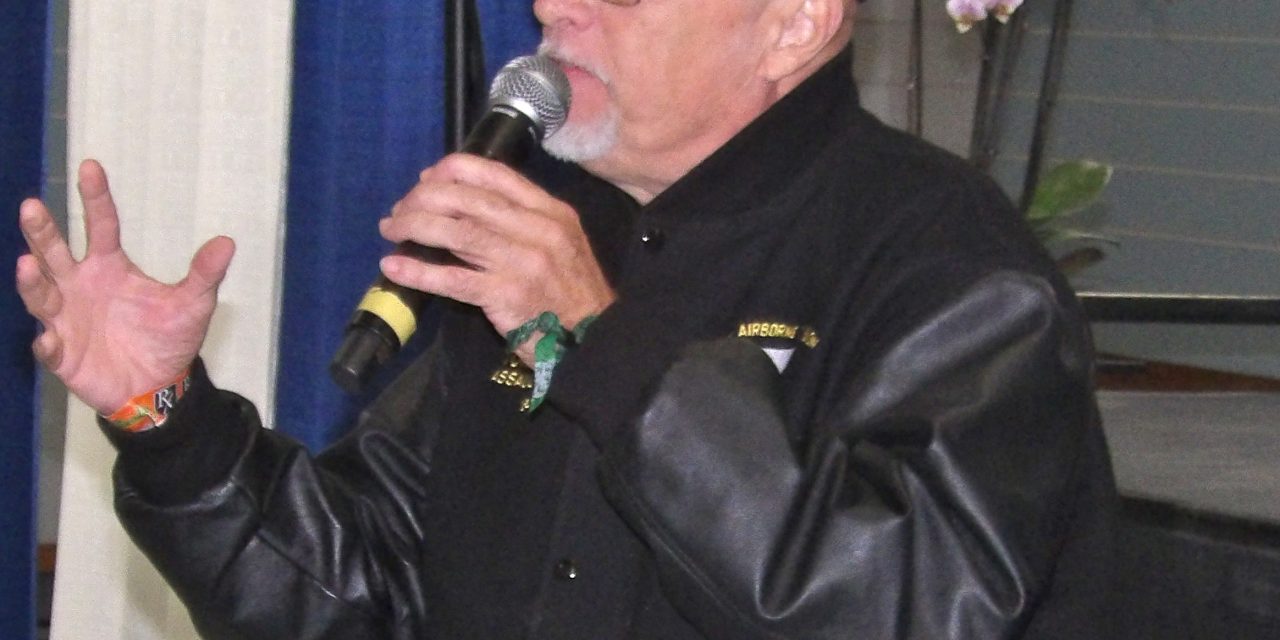 MaryLynn Mathre chaired a panel on “Medical Access for Veterans”  at the Emerald Cup in Santa Rosa on Sunday, December 11.  MLM  was a lieutenant in the Navy Nurse Corps during the Vietnam War era.  She married a former Navy officer named Al Byrne and together in 1995 they organized a group called Patients Out of Time, advocating legalization of cannabis for medical use. (In our hour of need may we all have a nurse with MLM’s skill, empathy, loveliness, and strength.) 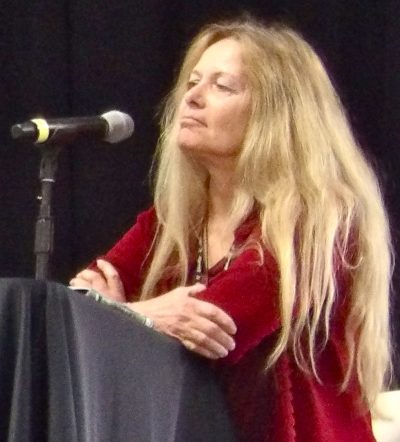 In her opening riff, Mathre said: “It just seems so ironic that we can send young people off to fight for our freedom —this is a free country, the United States of America—and destroy their lives by combat et cetera. They come home and just want to use a plant. To not be able to do that —I just can’t think of anything more anti-American.”

Patients out of Time has drafted a simple petition to the President: “De-schedule cannabis. Free the plant.” MLM said it would take “at least 100,000 signatures to be paid attention to by the White House. We need to get millions…  We need to demand access to this plant. There are still so many roadblocks.”

Mathre noted that most vets, including her husband, owned weapons, “and unlike a lot of Americans, know how to use them safely.” But anyone accused of illegal marijuana cultivation or possession for sale faces extra charges when there’s a gun on the property. “It’s a double whammy on vets,” MLM said.

I kept my mouth shut as 12 vets took the mike to describe how cannabis had helped them regain some equilibrium and the difficulty of assuring legal access. A senior citizen wearing a Veterans of Foreign War cap asked everyone to “Give Trump a chance.”  He said he had met with Trump three times and also that he had met with Missouri Senator Roy Blount nine times. He said he had shared with these powerful politicians his son’s tragic story, and felt he had gotten through and “educated them.” An Air Force vet named Amy Rising warned that Blount was shining him on and stalling. Blount is talking about a bill in 2018, Rising said, but help is needed immediately. In addition to 22 suicides a day by vets, nine family members unable to cope with their loved one’s altered personality decide to end it all.

I wanted to ask if and why people assume that the government that lies about marijuana tells the truth about everything else? Did the Vietnam vets think the government was telling the truth about what led to US involvement in Vietnam’s civil war? (The US sabotaged the “Geneva Accords,” the 1954 agreement between North and South Vietnam to hold free elections and reunify the country, because Ho Chi Minh would have won.)

The Iraq vets know —everyone does now—  that the US government lied about Saddam Hussein having weapons of mass destruction and being on the verge of developing  “nuclear capability.”

In Afghanistan the US (and the Saudi rOil family) funded the Mujihadeen to overthrow a secular government. The Mujihadeen then spawned the Taliban and Al Qaeda.

It wasn’t until I transcribed a tape of the session that I caught the wrongness in MaryLynn Mathre’s well-intentioned words. “We” don’t send young people off to war —the Power Elite does.  And it’s not “freedom” the troops are risking life and limb for, it’s control of oil and minerals and markets by our corporate masters. In a word, Empire. 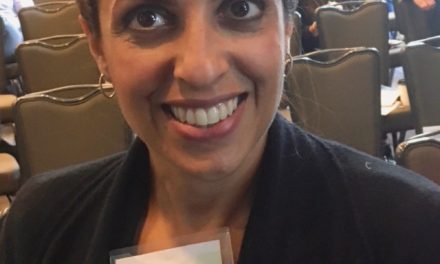 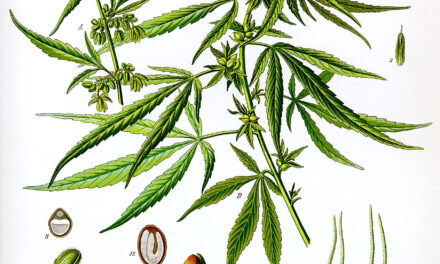