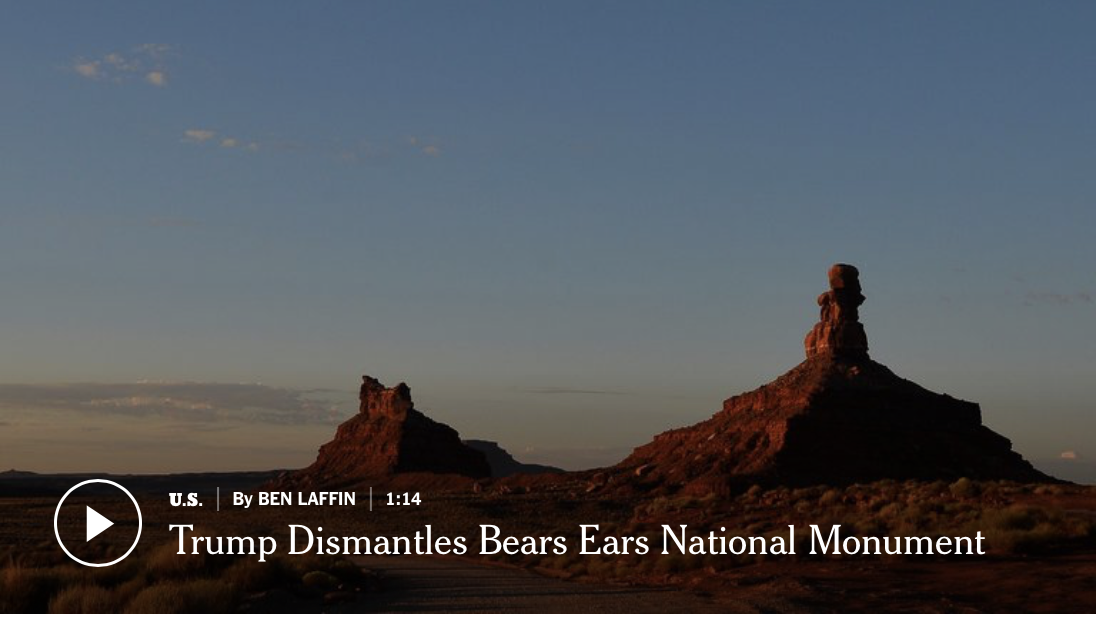 US liberals were dismayed this week when President Trump opened some two million acres of federal land to private exploitation. As reported by Julie Turkewitz in the New York Times December 4:

The administration shrank Bears Ears National Monument, a sprawling region of red rock canyons, by 85 percent, and cut another monument, Grand Staircase-Escalante, to about half its current size. The move, a reversal of protections put in place by Democratic predecessors, comes as the administration pushes for fewer restrictions and more development on public lands.

The decision to reduce Bears Ears is expected to set off a legal battle that could alter the course of American land conservation, putting dozens of other monuments at risk and possibly opening millions of preserved public acres to oil and gas extraction, mining, logging and other commercial activities…

Conservative lawmakers and many Westerners argue that the move is the proper response to decades of federal overreach that have sometimes starved communities of revenue and autonomy. When Mr. Clinton formed Grand Staircase, the move halted plans for a coal mining project there that would have brought desperately needed jobs to a poor county.

Did any liberals in Alameda decry the announcement (made on the same day Trump downsized Bears Ears National Monument) that three hangar-sized buildings at the decommissioned Naval Air Station have been sold to private owners? The press release from City Hall made it seem as if the transfer of ownership is in everybody’s interests, a win-win for us, the residents, and for the entrepreneurs who are going to make useful products and provide good jobs at the Point. And we trust that they will make useful products and provide decent jobs —but what obligates their heirs and assigns to do so?

Privatization, whether done crudely to the cheers of oil men or diplomatically with the approval of environmentalists, means a shrinking of the commons and a future in which we, the people, will have less control. The actions taken by our rightwing President and our “progressive” City Council were fundamentally the same. 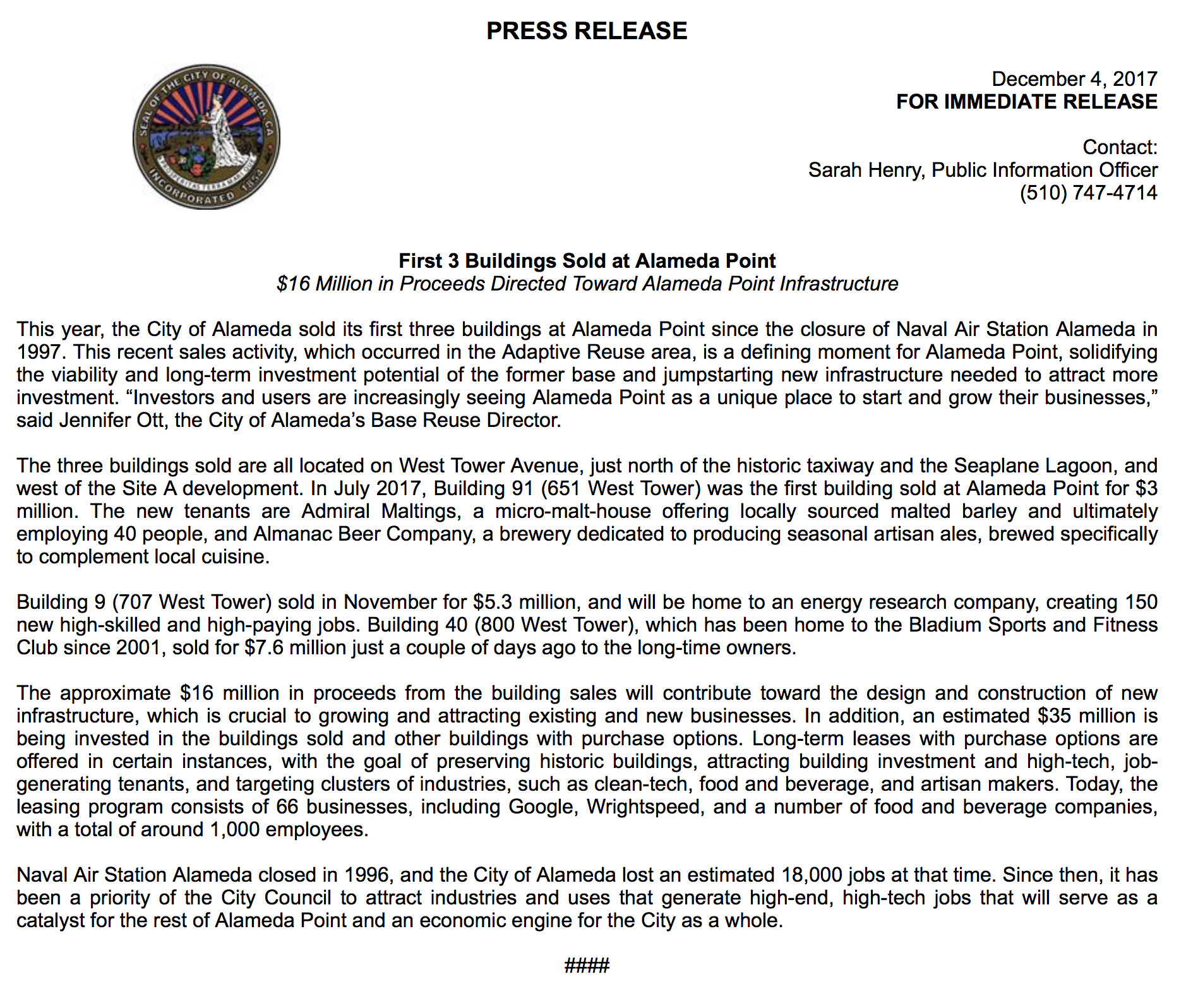 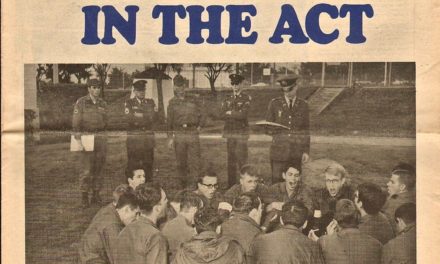 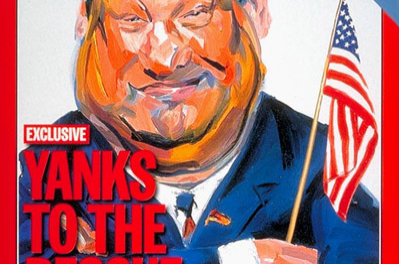