“And you’re going to provide a fair and balanced overview,” I said. Fagan said yes, that was his goal —and wasn’t it a shame that Fox news had appropriated that slogan. Fagan said he had already talked to someone at NIDA and was due to talk to them again at length the next day. He’d heard I could tell him about the “pro-pot studies” (a phrase implying the investigators were biased, but I knew what he meant).

So I told him about Donald Tashkin’s finding that smoking marijuana does not cause lung cancer. I called it “the greatest story never told” and promised to send O’Shaughnessy’s piece about Tashkin, a distinguished UCLA pulmonologist who is hardly “pro-pot.”  And I told him about Steven Sidney’s review of 65,000 Kaiser patients’ records showing that marijuana use does not cause lung cancer or increase mortality —another suppressed blockbuster. I told him about the data that Tom O’Connell and other California doctors had compiled about cannabis-using patients, and about the International Cannabinoid Research Society…

Given that the medical marijuana movement was a local story of national importance, I opined, the Chronicle’s coverage over the years had been meager and superficial. Fagan said they were on it now —he was one of four reporters assigned to cover Prop 19.

I emailed him my report on Tashkin’s findings along with some advice about how to pursue the story:

“When you’re talking to the NIDA rep tomorrow, why not ask about the decision not to feature Tashkin’s findings in NIDA Notes back in 2005? Who made that decision? Which editor(s)?  Did they run it by director Nora Volkow?  Tashkin’s findings are big news indeed on the science side. But who suppressed those findings is an equally big story (on the political side).”

Fagan’s piece ran on the front page Sunday July 12 under the headline, “Healthy or Harmful? Pot debate rages on.” More than twice as many column inches were devoted to the NIDA line than to studies showing beneficial effect. Neither Donald Tashkin nor Steven Sidney was mentioned. I was quoted saying that (Tashkin’s) photomicrographs of bronchial tissue damaged by cannabis smoke could scare the daylights out of you —but not quoted saying that to Tashkin’s surprise, the damaged cells don’t metastasize, they die off; or that the protective effects of cannabis more than make up for any collateral cellular damage, Tashkin concluded.

The San Francisco Chronicle should not have to assign a reporter in July 2010 to do a quick study on the state of the research on marijuana as medicine. The Chronicle should have been the paper of record all these years. And journalists should be fair, of course. But there’s nothing admirable about giving equal weight to the truth and to the lies in the name of “balance.” 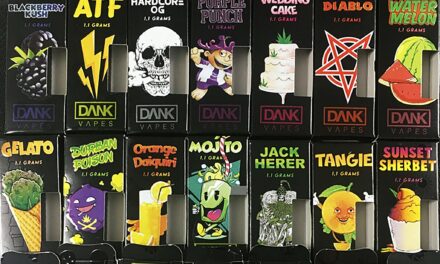