Dear SCC Reader: If you’re thinking, ‘It’s the annual Christmas column, I can pass…” Scroll down to the PPS. It could not be more timely… Also timely is this image from Haven Kimmel.

Why does the presence of mistletoe —a parasitic plant that roots in oaks and other host trees— confer the right to kiss whoever you’re with?

The answer occurred to John Lee, MD, a family practitioner in Mill Valley, back in 1967. Lee was then editing the Marin Medical Society Bulletin and on the lookout for topics for his monthly column. He came across an article in a Harvard alumni publication describing the pagan rituals of the Celts who lived in the British Isles in the millennium before Christ. For their winter solstice celebration, the Celtic priests —Druids— would collect berries from trees bearing mistletoe. 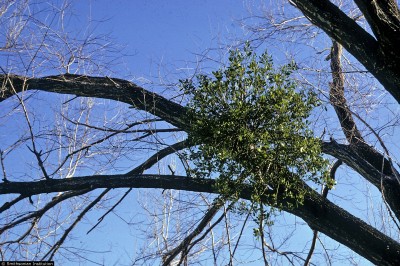 Coincidentally, Lee had just read an item in the Journal of the American Medical Association stating that mistletoe contains a compound very similar to progesterone. He had an insight: “The berries were life in the middle of that cold European winter, when everything else was bleak and apparently lifeless. The Druids called mistletoe ‘a gift from the gods.’ They would take these berries and mix them with hot mead [an alcohol drink made from fermented honey] and they would all have a weeklong party where gifts were exchanged and they would celebrate that the sun was going to return and winter would not mean the end of the world.

“When a woman takes progesterone and then quits, a period is induced. I realized the mead laced with mistletoe would decrease everyone’s inhibitions and increase everyone’s libido for their four- or five-day party. It was free sex! And after four or five days of celebration they would quit. All the women would have their periods, and no babies would occur. No wonder they called it ‘a gift from the Gods!”

Lee compares the discovery that mistletoe prevented pregnancy to the discovery that limes prevented scurvy —a major advance in the annals of medicine. “The sailors didn’t know it was Vitamin C. The Celts didn’t know it was progesterone. They just knew it worked.” Lee hypothesized that kissing under the mistletoe is a form of “symbolic sexual promiscuity” going back to the days when the berries served as a birth-control device during pagan winter solstice parties (the persecuted Christians having scheduled their own holidays to coincide with existing celebrations).

Lee’s editorial evoked no response from the readers of the Marin Medical Society Bulletin —maybe they were disturbed by the juxtaposition of Christmas and sex— and never made it into the general lore. But have you ever heard a more plausible explanation of the tradition?

A gift from the Gods, indeed. Merry Christmas, everybody.

In his Mill Valley practice Dr. Lee occasionally would see women who were hormone-deficient and had osteoporosis. He couldn’t recommend estrogen, which the pharmaceutical companies marketed in synthetic form, because he knew it had serious detrimental effects (promotion of endometrial cancer among them). Lee thought, “What if I recommend progesterone, which is made from plants?” At his suggestion a few women tried it, “And lo and behold it helped their osteoporosis,” he says.

Lee retired in 1989, after practicing medicine for 34 years, to write up and disseminate his ideas, which constitute a wide-ranging critique of how medicine is practiced in this country. He moved to an old farmhouse in Sebastopol. His first book, “Natural Progesterone: The Multiple Roles of a Remarkable Hormone,” was written with doctors in mind and brought out in 1993 by Ajalon Press, a small local publisher. It soon built up an underground reputation among women seeking to educate themselves on menopause and hormone balance; the edition of 5,000 copies sold out.

In May, 1996, Warners published a version for the lay reader (written with Virginia Hopkins), “What Your Doctor May Not Tell You About Menopause.” When I interviewed Lee that October the book was in its third or fourth printing (without the stimulus of advertising), and he was getting phone calls and faxes every day, many from doctors whose patients had turned them on to the book. The ob/gyn establishment, however, continued to insist that the unwanted consequences of menopause are best treated by estrogen supplements.

Lee tried to tell the world that progesterone, which is produced by the body in connection with ovulation and serves to modulate the effects of estrogen, is the hormone most significantly lacking in menopausal women (as a result of poisons, including unnatural estrogens, in the food, air and water, plus the sedentary lifestyle forced on most of us in the name of progress).

Lee emphasized the distinction between natural progesterone and the various synthetic versions (such as the “progestin” in Wyeth’s Premarin) given to millions of women who opt for hormone replacement therapy. As a result of systematic miseducation by the pharmaceutical companies, he said, “Most doctors think the synthetics are actual progesterone… Doctors should recall that ‘synthetic’ means that it’s not found in nature —there’s no plant, no tree, no animal that makes it, it’s a compound foreign to the body— whereas real progesterone is a natural compound that’s synthesized in the body from cholesterol.”

Natural progesterone can also be obtained from Mexican yams in a form identical to the molecule found in the body; the pharmaceutical companies produce large supplies to use as the base material to make their synthetics. “The pharmaceutical companies prefer the synthetic versions for the simple and obvious reason that they are patentable,” Lee said. Natural progesterone has been on the market as a cream sold over-the-counter since 1936. Most doctors don’t advocate its use because, according to Lee, “It would diminish their control over their patients: no prescription is required.”

The San Francisco Chronicle ran a truncated version of this piece —just the mistletoe part, minus “Merry Christmas, everybody.” I wrote a song for Dr. Lee in honor of a Chronicle columnist who he’s said he liked very much (and so did I):

They cut out progesterone, left in the sex

the balance was lost in the copy

I’m on the same page as Art Hoppe!

The call-out gave ‘way the punchline

But I can’t complain, my sweet refrain is

I’m on the same page as Art Hoppe

They cut “Merry Christmas, everybody”

But why should I rag for the sake of a tag?

I’m on the same page as Art Hoppe!

In 2002 the National Institutes of Health terminated a study of 16,000 women who had been taking an estrogen-progestin combination for “menopausal symptoms” because the drug(s) increased the incidence of breast cancer, heart attacks, strokes, and blood clots. On July 10, 2002, the New York Times ran a front-page story by Gina Kolata headlined: “Hormone Replacement Study A Shock to the Medical System” —as if Dr. Lee had never issued his well-documented warning and published a book read by hundreds of thousands of women. The head of the North American Menopause Society, a male doctor named Wulf Utian, called the study results “a bombshell”   —which is like Claude Raines in Casablanca claiming to be “shocked, shocked that there’s gambling going on here!”

Media critic Alexander Cockburn observed that a story doesn’t have real impact in this country until it is played prominently in the New York Times. When it comes to science, the National Institutes of Health is the official arbiter of truth and importance. Findings by the most observant and humane doctors are dismissed as mere anecdotal evidence —and of course the drug companies don’t invite and pay them to conduct studies that would generate data leading to publication in “the literature.” In reporting the cancellation of the HRT study, Gina Kolata was able to overlook the warnings issued by John Lee, MD; his book may have been read by large numbers of women, but it didn’t rate as “scientific literature.” Thus the scientific and journalistic establishments re-enforce one another. 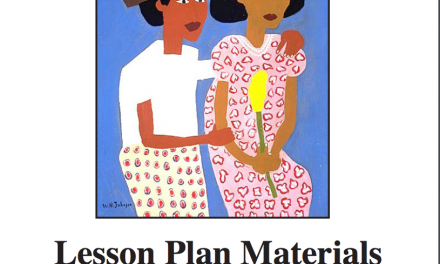