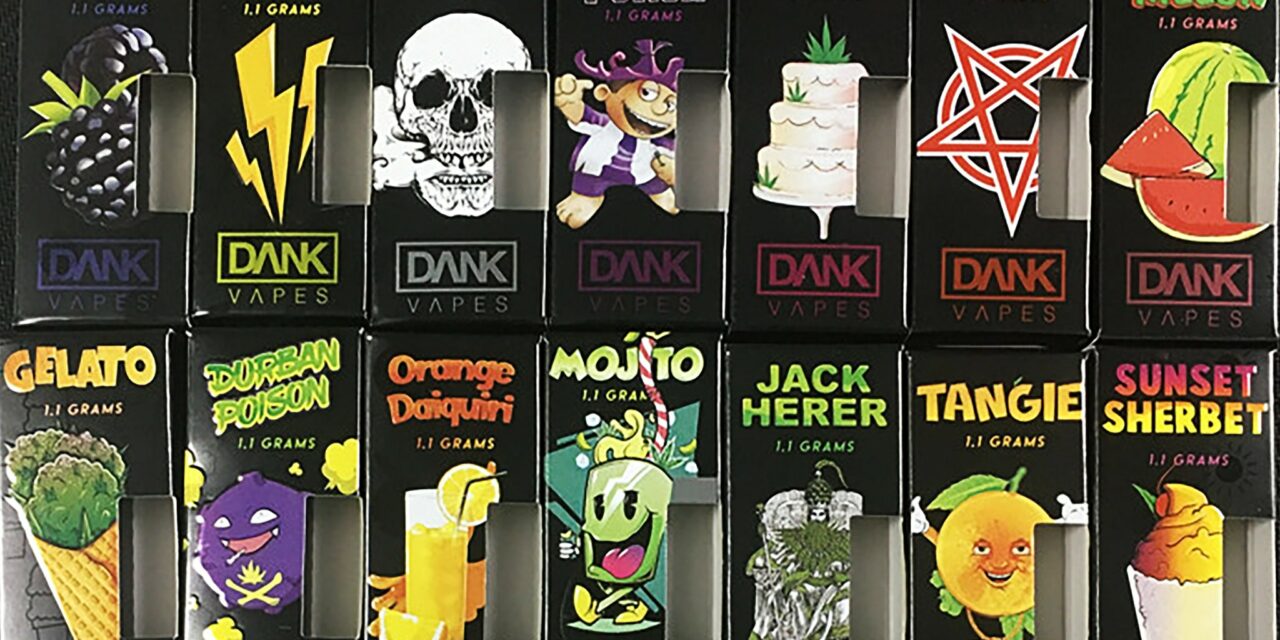 A front-page story by Matt Richtel in the New York Times October 21 contains some useful info about the rising incidence of lung damage caused by vaping, but gets the history wrong. And then gets it right. An editor should have caught the contradiction.

“Cannabis Oil and Vaping: Hazy Hazards” was the print-edition headline. The online subhed summed up the story thus: “A technology initially promoted to help cigarette smokers has transformed marijuana use, too. Now, with cases of severe lung illness rising, health investigators are warning people to stop vaping cannabis.” The article began: “For years, a divisive debate has raged in the United States over the health consequences of nicotine e-cigarettes. During the same time, vaping of a more contentious substance has been swiftly growing, with scant notice from public health officials.”

The chronology is upside-down. E-cigs weren’t marketed in the US until 2007,  long after cannabis aficionados and medical users had begun vaping. In 2002 the German-made Volcano vaporizer hit the market in California (with an instruction manual that, for political reasons, made no reference to cannabis). Dale Gieringer, PhD, ballyhooed vaping in  O’Shaughnessy’s first issue (Summer  2003) in a story headlined “Don’t Smoke, Vaporize.”

Gieringer also published in the Journal of Cannabis Therapeutics a paper called  “Cannabis ‘Vaporization’: A promising strategy for smoke harm reduction.” It described an experiment showing “that an electric vaporizer can successfully generate THC at 185 degrees centigrade while completely suppressing benzene, toluene and naphthalene formation.”

O’Shaughnessy’s Spring 2004 issue included a piece called  “Volcano is to Vaporizer as Porsche is to Automobile.” Dr. Tod Mikuriya recommended vaporizing to all his patients and the Volcano to those who could afford the $600 price tag.  Less expensive devices that vaporized cannabis flowers would keep coming on the market.

Millions of people now inhale marijuana not from joints or pipes filled with burning leaves but through sleek devices and cartridges filled with flavored cannabis oils. People in the legalized marijuana industry say vaping products now account for 30 percent or more of their business. Teenagers, millennials and baby boomers alike have been drawn to the technology — no ash, a faint smell, easy to hide — and the potentially dangerous consequences are only now becoming evident.

Most of the patients in the outbreak of severe lung illnesses linked to vaping — which has left 1,479 people sick and 33 dead so far — vaped THC, the ingredient in marijuana that makes people high. Until more information is known, officials at the Centers for Disease Control and Prevention have warned people not to vape cannabis products…

Last year, Dr. Neal Benowitz, a professor of medicine and a researcher on nicotine and vaping at the University of California, San Francisco, sent a letter to Congress warning of the risks posed by leaving a hugely popular practice unstudied.

“Very little is known about the safety or effects of vaped cannabis oil,” he wrote, cautioning that some ingredients mixed into the oils “could have harmful, toxic effect on users, including the potential for causing and/or promoting cancer and lung disease.”

“It’s disgraceful,” Dr. Benowitz said in a recent interview as reports of hospitalizations and deaths from vaping-related lung illnesses mounted. “I’m not able to take products we think are potentially harmful and do analysis. I can buy a vape device around the corner, but I can’t bring it into the lab and test it.”

The mounting toll of vape-related illness may turn into a boon for the regulated industry, which has long wanted law enforcement  to crack down on unlicensed producers. The president of the board of the United Cannabis Business Association, Jerred Kiloh, emphasized to Richtel that only vape pens and cartridges sold in regulated stores have been tested by California’s Bureau of Cannabis Controls. Kiloh (great name for a pot dealer) owns the Higher Path dispensary in Los Angeles. Richtel writes:

Vaping oils typically include other additives, solvents and flavor enhancers, and health investigators believe some such ingredients, including vitamin E acetate, could be responsible for some of the lung illness cases. The problem of unknown and potentially dangerous additives, Mr. Kiloh and others said, is vastly worse in a soaring black market in the nearly 40 states where recreational marijuana is still illegal.

Even in states where the drug is legal, counterfeit cartridges are cheaper than the licensed, tested and taxed products. It is hard for legal players who pay taxes to compete. A regulated vape pen with half a gram of THC costs $55, compared with $25 or less on the street for an untested product.

Richtel is evidently referring to Gieringer’s 2003 paper, when he recounts:

“In the earliest days of cannabis vaping, a small group of innovators saw the technology as a safer way to help medicinal marijuana patients. They hoped that vaping — which entails heating THC so that it turns to an aerosol — would be less harmful to the lungs than inhaling combusted marijuana.

But that ethos quickly gave way to a different lure: the pure convenience of vaping, which allowed users to avoid rolling joints, spilling ash, giving off a telltale smell — or getting caught. Vape pens brought the sheen of high technology to a drug associated with hippies and grunge, along with the discretion of, say, texting beneath the dinner table.

Yes, the harm-reduction ethos gave way to the maximize-income ethos as disposable vaporizers became available from Chinese manufacturers and a market for cannabis oil to fill them emerged early in the Obama era. Unlike the Volcano, which heats flowers to the point at which constituent compounds volatalize, the battery-powered coil in a vape pen heats up a liquified extract from the plant. Growers who sold their manicured flowers to dispensaries could now also sell to oil makers the leaves and branches they would have composted and the “bud shake” they might have donated to needy friends and family. The oil makers bought plants with Botrytis and mold because their extraction processes would nullify the damage while preserving  the cannabinoids. The dispensary owners gladly provided shelf space for the new product lines and the oil makers created a profitable niche for themselves in the industry. The market itself expanded because transporting cannabis across state lines in the form of oil is so much more efficient and less risky than transporting bulky, odiferous flowers. As explained by Richtel:

Entrepreneurs began to extract oil by bathing the leaf in ethanol or butane, filtering out the solid material that remained and then evaporating the solvent to leave the concentrated oil. Another method used carbon dioxide, which, when pressurized, creates a fluid that can be used to extract the oil…

Once extracted, the THC oil could then be heated up using a small battery, kept in a cartridge or penlike case, creating aerosol, which is then inhaled from one end of the device. Consumers fell in love.

Businesspeople found they could use the entire plant to extract oil rather than throw away stems and other parts discarded by smokers, which maximized the value of the crop.

The oil also could be mixed with other additives to give flavor, to create the effect of big puffs of smoke or just to cut the THC to substitute less expensive chemicals.

You don’t have to be a regulated dispensary owner to assume that unregulated ganjapreneurs are making and selling the lung-damaging vape pens and cartridges. A looming  question is: which ingredients  are doing the damage?  Leading suspects are Vitamin E, which profit-minded ganjapreneurs use to cut the cannabis extract in their vape cartridges, and the fungicide Myclobutanil (active ingredient in Eagle 20) which converts to Hydrogen Cyanide when heated.

A friend in the industry observes,  “The primary affected demographic is young adult males. This may or may not be simply representative of the user demographics. If there is a disproportionate effect on that population it may be due to a toxic conversion that is heat dependent. Healthy young males hit the pen harder, heating the oil hotter. (It’s a macho thing.)”

The vaping boom has been facilitated by the War on Drugs and societal disapproval of smoking per se.* As Richtel of the Times observes, vape pens enable “discretion” by the user. Drawing on a sleek little device seems unobtrusive and respectable compared to firing up a joint. Maybe people forget —or maybe the news never reached them— that smoking marijuana does not cause lung cancer. A gold-standard study by Donald Tashkin and colleagues at UCLA established that cells damaged by cannabis smoke die off by apoptosis instead of metastasizing. Smoking cannabis can cause hoarseness and bronchitis, but does not  increase the smoker’s chance of developing lung cancer (or emphysema or COPD), according to Tashkin, whose expertise has been acknowledged by the National Institute on Drug Abuse.

Given that the heaviest health risk is bronchitis, maybe smoking marijuana will regain popularity as a delivery system (like vinyl LPs for music). If American Spirits could market a pack of organic cannabis cigarettes for $19.95, they would fly off the shelves. The ecological impact of smoking the herb is close to zero, whereas disposable vape pens and empty plastic cartridges keep adding to the debris coagulating in the ocean that everyone tsk-tsks about. Not to mention the poison leaching out of the batteries. 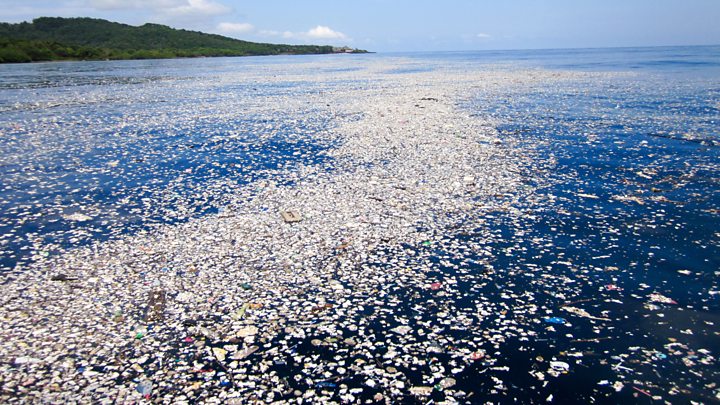 Plastic on the water. Garbage on the face of the deep

* Nicotine is a poison, but cigarette smoke would be much less unhealthy if it weren’t for the additives, according to John Jonik’s http://fauxbacco.blogspot.com/ 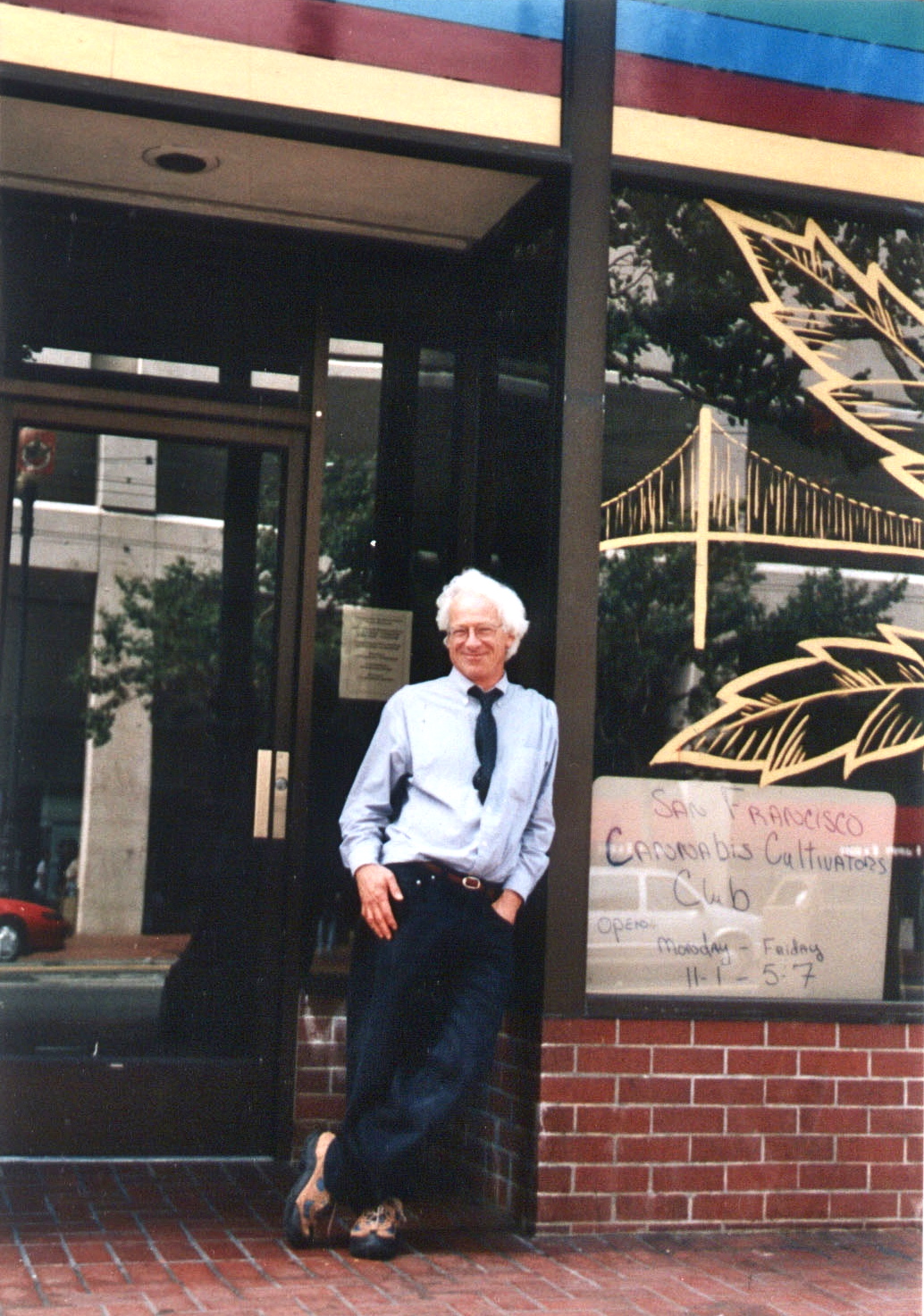