April 17   A great musician named Robert Aaron was arrested by publicity-seeking New York City cops shortly after Philip Seymour Hoffman died in early February. Aaron was charged with possessing heroin and intent to sell. His story was been recounted sympathetically (after he did stints in jail and at a residential treatment facility) in the New York Times by John Leland. Some excerpts follow. Leland’s piece is well worth reading in its entirety.

Though he knew the stories of renowned musicians like Charlie Parker or Chet Baker who used heroin, he said he was never drawn to it for the romance. “It’s more like the thing itself,” he said. “Honestly, I don’t think anybody I know romanticized it as much as they liked it. It’s got good qualities.”

He hesitated, not wanting to be a promoter for dope, he said.

“A lot of times you have a deadline and you have to work for 24 hours. This lets you do it with no pain, no tiredness,” he went on. “If I have to write a book, get me high — I’ll have the book written in two weeks. You’re lucid. And emotions don’t affect you as much — your anger — it bottles up your feelings. It makes you more rational, or you think you are, anyway. You sleep wonderfully. I’m a lifelong insomniac.”

He added, “Everything has its good points and bad points. The bad point is the dependence.”

He restricted his heroin use to snorting, he said, because even among musicians, track marks carried a stigma…

“He was always evolving,” said Eric Andersen, 71, a veteran folk singer who recruited Mr. Aaron to produce and play on several albums. “He is telepathic as a musician. He was completely dedicated and loyal to the job. Absolutely dedicated. He lived for his art. He personifies a cool that transcends the hot temperaments.”

If drugs were a part of his evolution, they were not the center. For concert tours and a three-year residence in Paris, he said, he stopped using heroin without much difficulty. James Chance brought Mr. Aaron into his punk-funk band James White and the Blacks in 1981 and has worked with him ever since, taking him on tours of Europe and Japan. In all that time, he said, Mr. Aaron’s drug use never interfered with his playing.

“Not at all,” Mr. Chance said. “He’s always been a total professional. Robert’s like the most versatile musician I’ve ever worked with.”

Like other friends interviewed for this article, Mr. Chance spoke protectively of Mr. Aaron, whom he called “a real gentleman.”

“There’s a whole image that people get from the media about people who use narcotics, that they’re completely crazy and unreliable,” Mr. Chance said. “That’s not necessarily true. There’s a lot of people who are totally functional, and you would never know that they used anything. And Robert is one of them.” 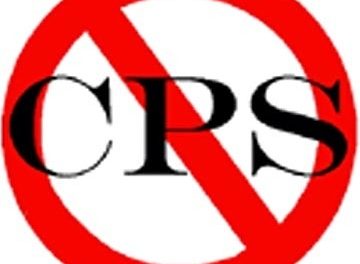