Doctors and activists frequently discuss the question of rescheduling or descheduling cannabis. Soon politicians and bureaucrats will be taking up the matter. Its “Schedule I” status is indefensible.

One of Dr. Tod Mikuriya’s political goals was to see cannabis moved to a schedule of its own. “Given its unique therapeutic properties, cannabis should be categorized as an ‘Easement,’”  he wrote in a 2001 paper presented as a poster at the International Cannabinoid Research Society meeting. “Contemporary categorization of cannabis as a psychotropic drug has been largely incorrect. The Controlled Substances Act of 1970 classifies ‘Marihuana’ as a hallucinogen with high potential for abuse, lack of accepted safety, and no medicinal use…

“The term ‘Easement’ most aptly characterizes the unique medicinal effects of cannabis. While usually associated with legal terminology dealing with property, the first meaning given for Easement in Webster’s 3rd New Unabridged Dictionary is ‘An act or means of easing or relieving (as from pain, discomfort, or burdens).’”

Mikuriya notes that “Peter Mark Roget was a British physician and fellow of the Royal Society.”

Bear in mind, as you read the following excerpts from his paper, that Mikuriya had monitored cannabis use by thousands of patients and studied the pre-prohibition medical literature, whereas the authorities knew absolutely nothing about its effects.

“Cannabis has properties that are unique and distinctly different from other categories of drugs, according to persons who have discovered its utility for the management of a wide range of chronic diseases both mental and physical.

“Cannabis calms agitation, anger, and mania. Painful, disruptive, and frequently incapacitating symptoms are brought under control with minimal side effects and rapid relief when inhaled. Cannabis promotes sleep and permits relief from wakefulness without hangover.

“Cannabis relaxes both smooth and skeletal muscles. Obsessive and mood-driven cognitive patterns soften and can be put into emotional perspective.

“Appetite and bowel normalcy is restored, cognition is reconnected with somatic and affective awareness. Unlike sedatives, opioids, anxiolytics, stimulants, or antidepressants, cannabis is free from unwanted effects, save for ‘euphoria,’ which is not generally obtainable by those using the drug to achieve homeostasis and a sense of normalcy.

“N.B.: The therapeutic properties described above apply to experienced users managing chronic conditions, not naive subjects trying to treat acute problems. Cannabis exerts a complex spectrum of effects that defy categorization as narcotic, sedative, or hallucinogen (although an overdose of oral cannabis might qualify as the latter).  ‘Easement’ would be a more meaningful and accurate description based upon ethnographic, medical, and pharmaceutical literature, as well as clinical observations of patients making appropriate therapeutic use of inhaled or oral cannabis.

“Semantic characterizations are important in shaping not only personal experience but institutional policy as well.”

It was at the 2002 ICRS meeting that we first heard cannabinoids described as “retrograde messengers” that work by toning down signals. Even before the biochemists figured it out, Tod Mikuriya —an observant clinician— inferred from the effects cannabis has on people that its mode of action was unique and that it modulated multiple systems within the body. —Fred Gardner 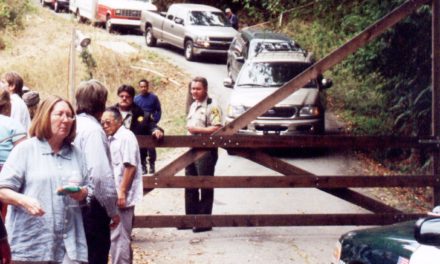