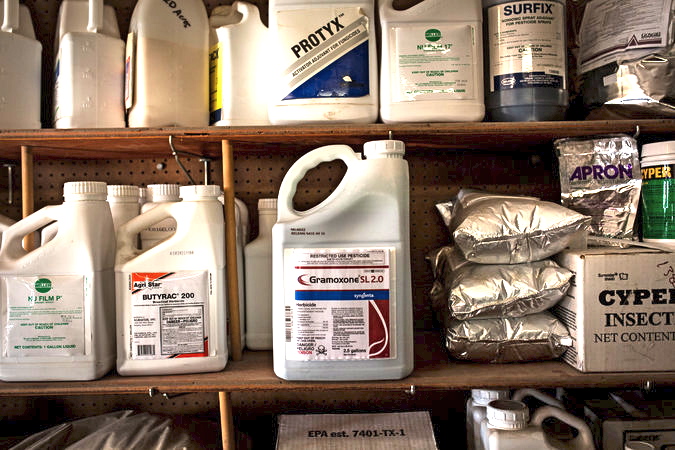 December 21, 2016   The herbicide paraquat is back in the news. In reality, it never went away. A sensational front-page story by Danny Hakim in today’s New York Times avoids  terms like “greed” and “hypocrisy,” but it focuses on the production and sale of herbicides and pesticides by nations that don’t allow their use!

The subhed sums it up: “Paraquat, one of many pesticides that can’t be used in Europe but is sold in the United States and elsewhere, has been linked to Parkinson’s disease in a growing body of research.”

Hakim also notes that the European Union abjures bee-killing neonicotinoids, which are okay with “US.”   (The term was derived from nicotine due to their similar mode of action, although the structure and selectivity / toxicology is different)

The ability of weeds to adapt to Round-Up is driving the resurgence of paraquat sales. The manufacturers are citing “genetic factors” as causative in Parkinson’s, as if genetics and exposure to toxins were an either/or instead of a synergistic relationship.

…Paraquat has long been controversial because of its use in suicides in many parts of the world, since drinking one sip can be lethal. But now regulators in the United States are grappling with a wave of research linking paraquat to a less immediately apparent effect — Parkinson’s disease.

In a recent, little noticed regulatory filing, the Environmental Protection Agency said, “There is a large body of epidemiology data on paraquat dichloride use and Parkinson’s disease.” The agency is weighing whether to continue allowing the chemical to be sprayed on American cropland, although a decision is not expected until 2018, and it is unclear how the incoming administration of Donald J. Trump will view the matter…

Even the government of China, a nation not known for environmental regulation, said in 2012 that it would phase out paraquat “to safeguard people’s lives.” But it still allows production for export.

As Europe and China move away from paraquat, its use is rebounding in the United States. That is particularly true for soybean fields, where the number of pounds used is up more than fourfold over the past decade, according to Department of Agriculture data.

The world’s most popular weed killer is Monsanto’s Roundup; some 220 million pounds of its active ingredient were used last year in the United States, according to the E.P.A. But weeds are becoming resistant to Roundup, and paraquat has been marketed as an alternative. Last year, seven million pounds of paraquat were used in the United States, on nearly 15 million acres, Syngenta said.

Paraquat is just one of scores of pesticides prohibited in Europe but sold outside it. In 2013, the European Union imposed a moratorium on a widely used group of insecticides made by Syngenta and Bayer, the German giant, that were linked to a decline in bee colonies. In 2003, the European Union banned one of the most popular weed killers in America, Syngenta’s atrazine.

Industry officials and academics funded by agrochemical companies often criticize Europe’s regulators for taking a precautionary approach to regulation. They frequently claim that the risks of these various chemicals are well understood. But paraquat shows how complex the question of risk can be.

While the possibility of a Parkinson’s link has been cited in studies going back more than two decades, research in the past five years has intensified, including a prominent study by the National Institutes of Health and meta-analyses of a large body of research. The studies have looked at the exposure of farmers and others who spray paraquat, as well as people who live near where it is used, which can include nonagricultural settings like those around roads and rail tracks.

“The data is overwhelming” linking paraquat and Parkinson’s disease, said Dr. Samuel M. Goldman, an epidemiologist in the San Francisco Veterans Affairs health system who has studied the connection. “I’m not a farmer, I don’t need to kill weeds, but I have to believe there are less dangerous options out there.”

Freya Kamel, a scientist with a branch of the National Institutes of Health who has also studied the topic, said she found the breadth of the research “about as persuasive as these things can get.”

Philip A. Botham, Syngenta’s head of product safety, comments on the evidence linking Parkinson’s to paraquat:  “Our view on those studies is that they are interesting — we don’t dismiss them — but they generate an interesting hypothesis which is worth exploring.”

Ah, yes. More research is needed. Where have we heard that before?

Hakim devotes a paragraph to the episode that brought paraquat to our attention four decades ago:

It gained notoriety after the United States government paid to have it sprayed on marijuana plants in Mexico in the 1970s, leading to concerns that paraquat-contaminated pot was being sold in the United States. When the stoner character known as the Dude referred to someone as “human paraquat” in the 1998 film “The Big Lebowski,” he was essentially calling him a buzzkill since paraquat continued to be used for years to kill marijuana plants.

In addition to sickening and killing farmers by accidental exposure, paraquat is often used by those driven to suicide. A teaspoon can be fatal. Hakim goes on:

When ingested by humans, paraquat is often fatal. South Korea experienced a 10 percent decline in suicides after it banned paraquat in 2011, according to one study. Researchers in Taiwan have said it causes 160 deaths a year there.

Isabella Blow, a well-known editor at the British magazine Tatler, died after drinking paraquat in 2007, the last year it was legal in Britain…

Some studies point to a combination of pesticides as a risk factor, and even well water in rural areas. Paraquat and another pesticide, rotenone, which is obtained from plant roots, are the ones most frequently linked to Parkinson’s. The use of rotenone in lakes and other water supplies has been contentious.

A 2011 study led by the Parkinson’s Institute and the National Institutes of Health drew on a federal survey of farmers and their spouses in Iowa and North Carolina, as well as others who handled pesticides. Those studied were two and a half times more likely to develop Parkinson’s if they used paraquat or rotenone. A 2012 study found that those who used paraquat, and who also had a certain genetic variation, were 11 times more likely to develop Parkinson’s, suggesting that certain people could be more at risk from exposure than others.

“It’s a poison, and we really shouldn’t be using this as an herbicide in the way we do,” said Dr. Beate Ritz, a professor of epidemiology at the Fielding School of Public Health at the University of California, Los Angeles, who has studied health risks to people living near where pesticides are used.

Syngenta has been known for aggressively defending its products…

In a filing with the E.P.A. this year, Syngenta said it had hired Dr. Colin Berry to help lead a scientific review of the Parkinson’s issue. The review “concluded that the evidence available from epidemiological studies was fragmentary and insufficient to establish whether herbicides and paraquat in particular” increase the risk of Parkinson’s, according to Syngenta’s E.P.A. filing.

Dr. Berry, an emeritus professor at Queen Mary University of London, was at the center of high-profile civil cases in 1999 and 2000 that led to more than $1 million in payments to two of his patients who were given misdiagnoses of breast cancer and had needless double mastectomies. His hospital’s internal review, which was read in court by the judge handling one of the cases, cited “a serious and indefensible diagnosis” and raised questions of basic competency, according to accountsof the case.

Dr. Berry has also studied pesticides for many years and has been visible of late as a consultant for both Syngenta and Monsanto. In an interview, he disputed the relevance of the cancer cases to his work assessing Parkinson’s, and dismissed a link between paraquat and the disease.

“I think the volume of the data suggests that is unlikely,” he said. “You can’t find a consistent association there to suggest that paraquat is particularly important.”

He pointed to a recent study published in Nature that highlighted genetic factors in causing Parkinson’s.

But the lead author of that study, Dr. Asa Abeliovich of the Columbia University Medical Center, said in an interview that “obviously there’s a bunch of solid epidemiological studies that link paraquat to Parkinson’s disease risk, so I think there’s definitely support for that.” Dr. Abeliovich also said the paraquat studies underscored “that there are certain environmental factors that matter,” which interact “with genetic factors.”

Dr. Vikram Khurana, a neurologist at the Harvard Stem Cell Institute and a clinician at Brigham and Women’s Hospital who studies Parkinson’s, said the body of research drawing a link between paraquat and Parkinson’s had “converged to make a fairly convincing argument that paraquat is truly an environmental exposure that can either increase the risk of Parkinson’s disease or collaborate with other factors, including genetic factors.”

The business models of many chemical companies, including those based in Europe, have become predicated, in part, on keeping their products legal outside the Continent. This year, Britain has exported paraquat to Brazil, Colombia, Ecuador, Guatemala, India, Indonesia, Japan, Mexico, Panama, Singapore, South Africa, Taiwan, Uruguay and Venezuela, in addition to the United States, according to the office of Britain’s Health and Safety Executive.

“This is one of the quintessential examples of double standards,” said Baskut Tuncak, a United Nations official who specializes in hazardous substances. “Paraquat is banned in the U.K. and the E.U., but it’s still being used, and resulting in serious harms outside the E.U. where it’s being shipped.”

Mr. Tuncak said he had begun examining practices allowing companies to make pesticides exclusively for use outside their borders, seeing it as a potential human rights issue. He said paraquat would be “one of the issues that I plan to examine” during an official visit to Britain next month.

International efforts to regulate pesticides have been halting. Each year, government officials from around the world convene in Europe to discuss whether to add pesticides to a list of hazardous chemicals maintained as part of an international treaty called the Rotterdam Convention, a designation that creates disclosure requirements for exporting countries. A few countries, including Vietnam and Ecuador, automatically ban or restrict chemicals that are added to the list.

Stark differences in national approaches are typically on full display. At a meeting last year in Rome, European regulators pushed to add atrazine, another Syngenta weed killer, to the list. But a government representative from India — which itself operates a pesticide manufacturer — was more voluble in defending atrazine than a Syngenta lobbyist who was present. The official even argued over technicalities, including how many weeks ahead of the Rome meeting supporting documents needed to be circulated.

Lobbyists, too, are active at the meetings. In 2013, at a conference in Geneva, delegates debated adding paraquat to the hazardous chemical list. During a meeting on the topic, Enrique Lacs, a representative of a Latin American trade association, took the lead in speaking on behalf of the Guatemalan government delegation. Mr. Lacs has also been an adviser to Gremiagro, a trade group for pesticide producers that opposes action on paraquat.

His presence, on behalf of a national delegation, angered other attendees. Mr. Lacs’s credentials to participate in the convention were eventually revoked. Guatemala was among a small group of countries that ultimately prevented paraquat from being added to the hazardous chemical list.

Mr. Lacs said by email that he had simply been acting as a translator. He is now Guatemala’s deputy economics minister.

Juliette Voinov Kohler, a legal and policy adviser for the governing body that oversees the Rotterdam Convention, declined to comment on the episode but said credentials were sometimes revoked, “thereby denying access to meeting premises.” 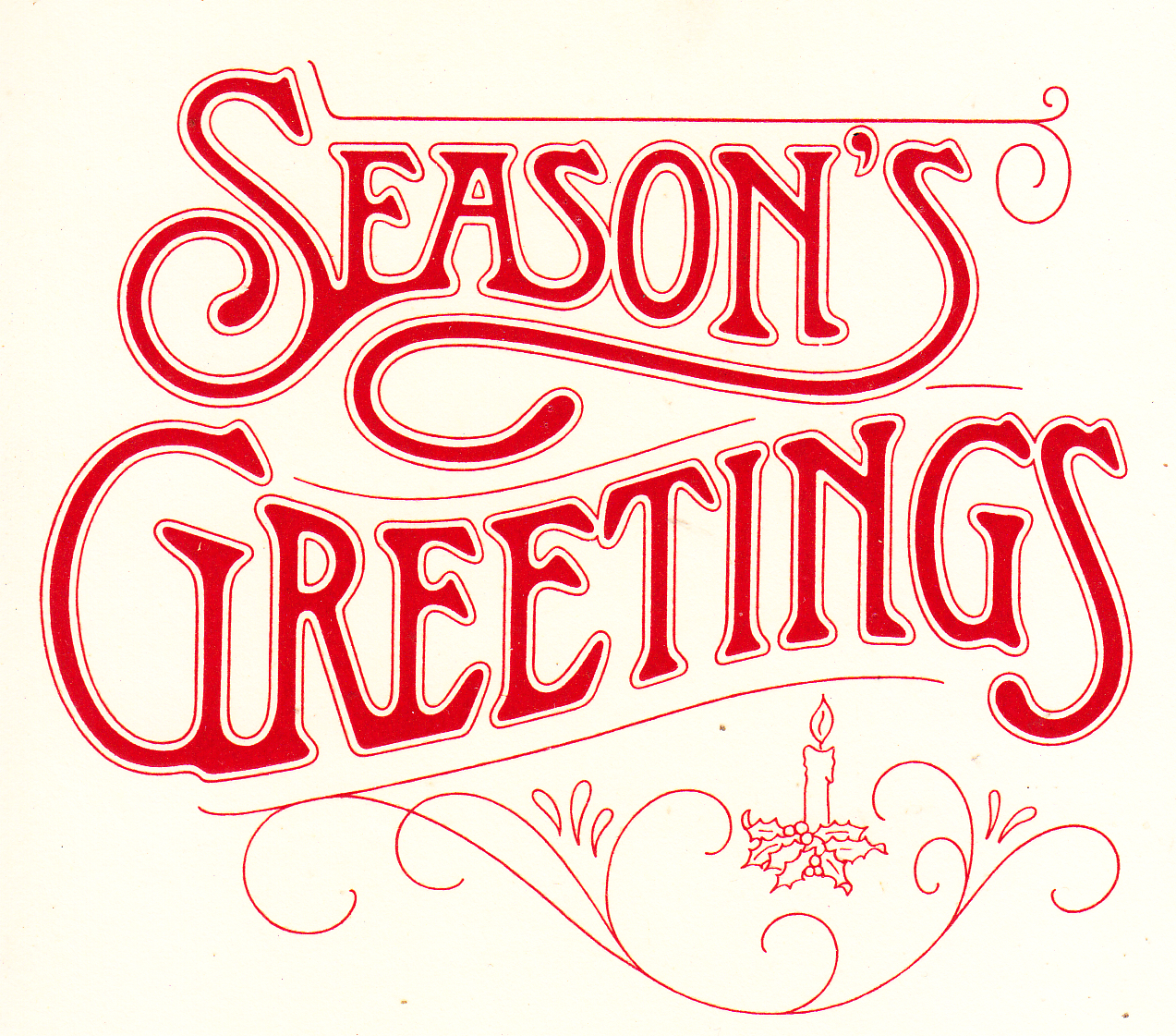