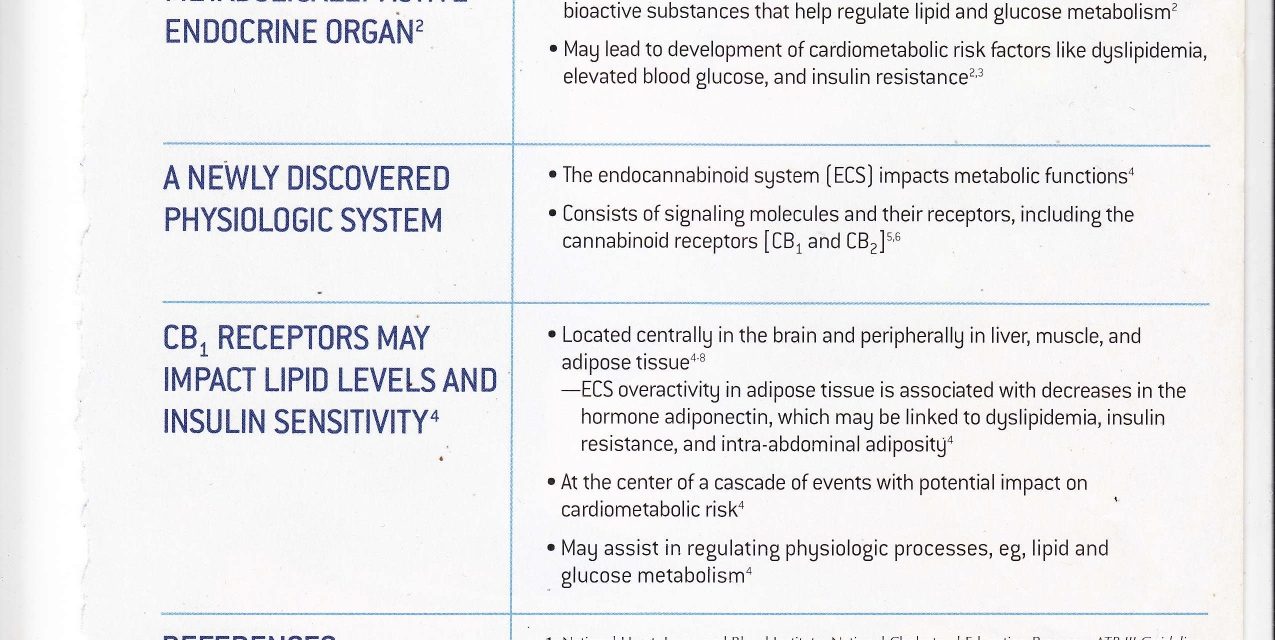 The very first description of the endocannibinoid system in JAMA, the Journal of the American Medical Association, can be found in a two-page advertisement in the September 21, 2005 issue. Sanofi-Aventis was preparing to market Rimonabant —a drug that blocks the CB1 receptor— as a treatment for Metabolic Syndrome. Both the disease and the treatment had to be defined for JAMA’s readers (physicians who had learned about neither in medical school).

What does it say about JAMA, the AMA, and the biomedical establishment, that it took 15 years for them to acknowledge —by way of an advertisement!—the existence of this major neuromodulatory system, the elements of which had been elucidated between 1988 and 1991? Where was the humility that, in ordinary human intercourse, should follow such a display of ignorance?

Below is what the historic spread looked like on facing pages. Below, the righthand page is blown up and readable (I hope). Below that is the weird cover of the issue. 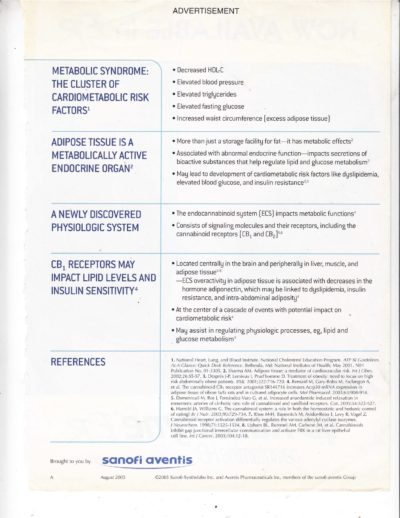 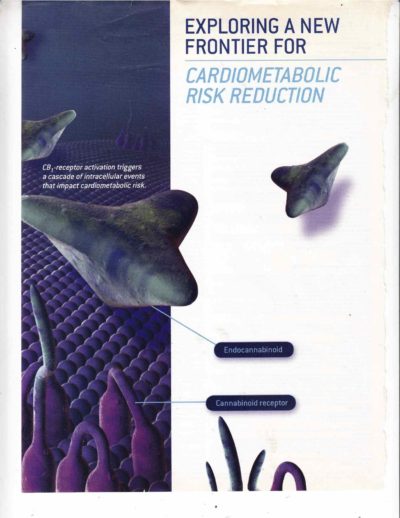 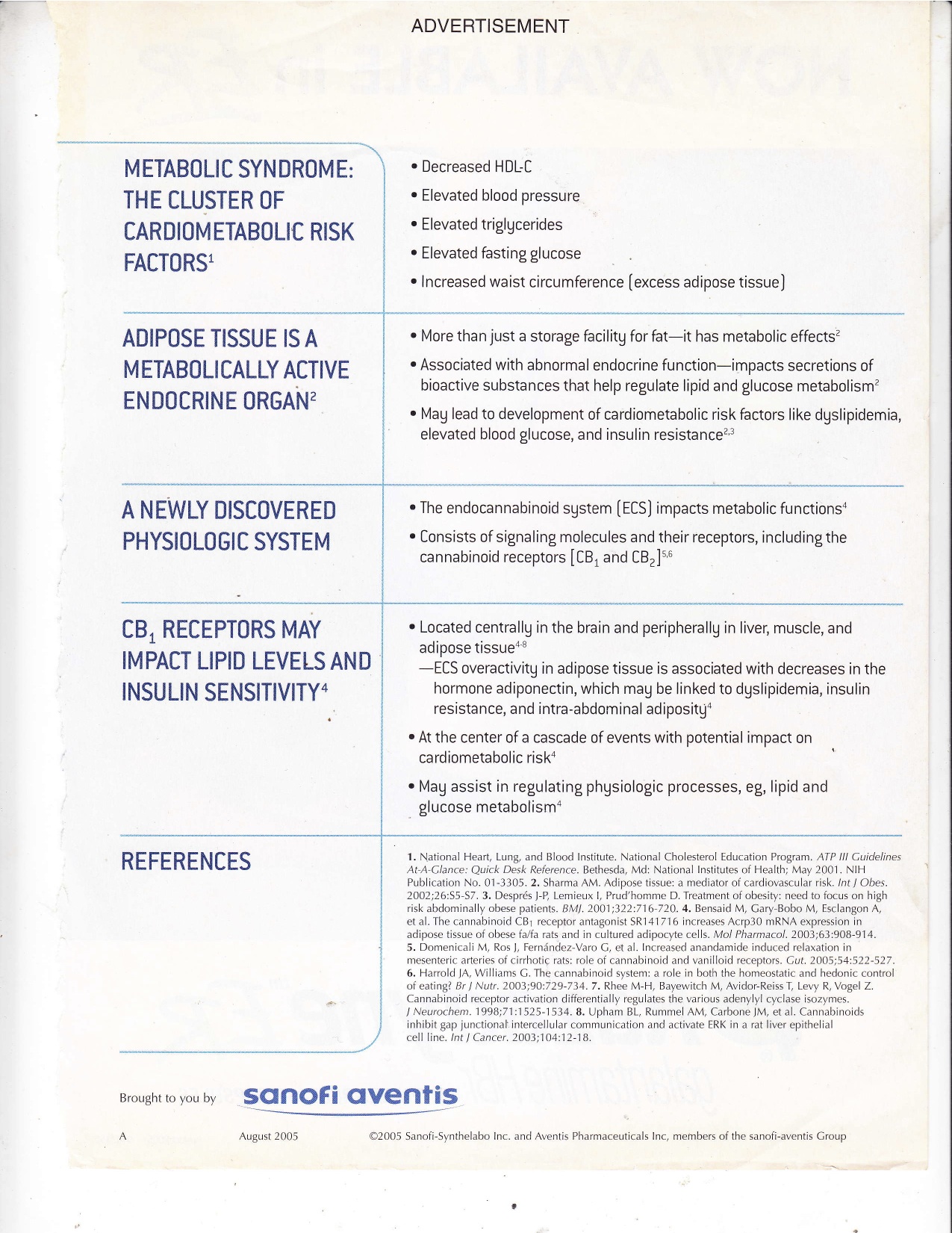 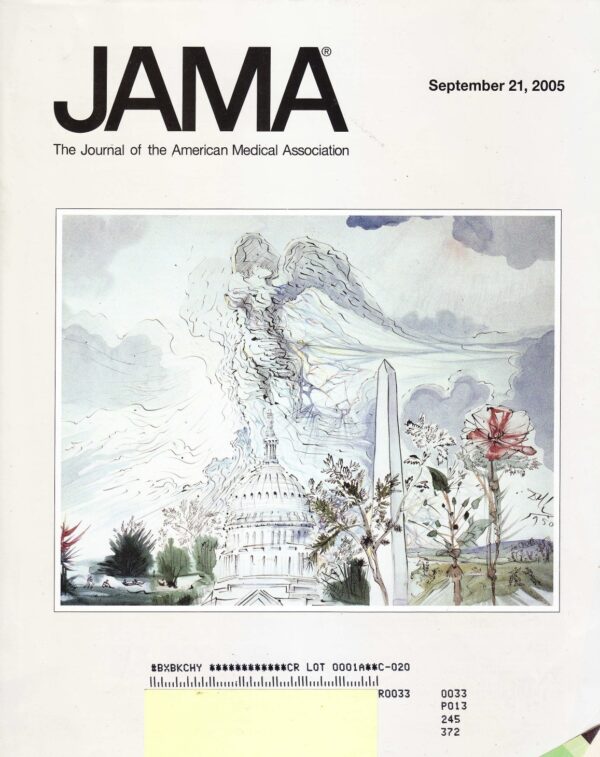 It was recently reported by researchers at the University of Miami Miller School of Medicine that use of cannabis —the kind that activates the CB1 receptor— dramatically counters the risk of metabolic syndrome in young adults.  We’ve added a footnote to our item on this under-publicized study. 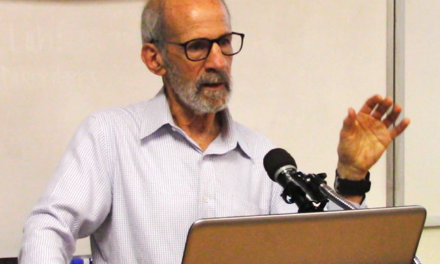 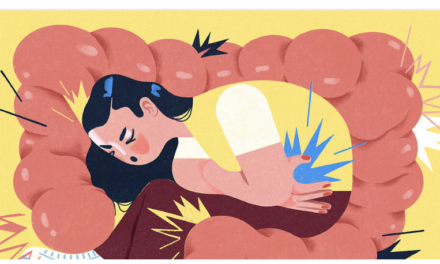