People over age 50 with a depression diagnosis are more than twice as likely to develop dementia than their peers, according to a large Swedish study published in PLOS Medicine January 9.

Sofie Holmquist and colleagues analyzed follow-up data on 119,000 participants who had been given depression diagnoses and a similar number of matched controls. Their findings, as summarized by Nicholas Bakalar in the NY Times:

The researchers also studied 25,322 sibling pairs older than 50 in which one sibling had depression and the other did not. A sibling with a depression diagnosis was more than 20 times as likely as his brother or sister without depression to be diagnosed with dementia in the first six months after the diagnosis. Again, the risk decline over time but persisted for more than 20 years.

“Depression is associated with increased odds of dementia, even more than 20 years after diagnosis of depression, and the association remains after adjustment for familial factors. Further research is needed to investigate whether successful prevention and treatment of depression decrease the risk of dementia.”

Just because a paper gets published in a peer-reviewed journal doesn’t mean it’s true. Capital-S Science has taken on aspects of religion, but “the literature” is not the gospel truth. (And neither is the gospel).

Common sense suggests that the authors may have reversed cause and effect. Dementia can develop very slowly. First there’s a stage of denial —”forgetting things occasionally is normal,” one tells one’s self. Then comes a stage of increasing concern as the forgetting becomes more frequent. This, too, can be considered a normal aspect of aging. But the suspicion that one is in cognitive decline is unsettling and somewhat dismaying —a likely factor in many of the original depression diagnoses. The dementia that supposedly ensued in many if not most of the Swedish study participants may well have been developing at the time of the depression diagnosis.

Given how many people “developed dementia” within six months of getting a depression diagnosis, a more logical conclusion might have been: in people over 50, depression can be an early sign of dementia.

One  wonders: were most of the depression diagnoses accompanied by prescriptions for anti-depressants? Did these drugs accelerate memory loss?

Essential to Eli Lilly’s marketing of Prozac was the definition of “clinical depression” as a chemical imbalance in the brain” that required a serotonin reuptake inhibitor to set aright. Alexander Cockburn and I did a little study of our own  and concluded that “clinical depression” is a misleading term  for loneliness and/or insecurity, broadly defined. In the study at hand, the Swedes who had been given depression diagnoses were insecure about their acuity when they presented to the therapist.   —Fred Gardner 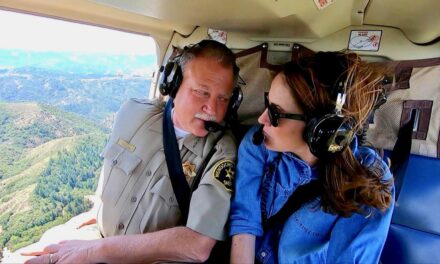