By Fred Gardner, December 19, 2014
Two big stories had just broken: “Senate Exposes CIA Torture” and “Sony Chiefs’ Racist Emails Revealed.” Immediately —and in concert— the National Security Apparatus denied the torture charge and Sony staged a boffo misdirection play.
The hackers had unearthed documents and emails exposing the  workings of a major corporation. Presumably they revealed the extent of income inequality (who gets paid what), tax avoidance strategies, etc. Of primary interest to the media were the demeaning and literally racist  emails between Sony executives Scott Rudin and Amy Pascal. It is Scott  and Amy —and people like them at the other studios— who decide what movies and TV shows get made in Hollywood. The Scotts and Amies create the culture desired by the bankers and corporate chieftains.  They make movies and TV shows promoting the belief that the world is an inherently dangerous place divided into “good guys” (generally associated with law enforcement) and “bad guys.”
Remember the tremendous hullabaloo last year when racist remarks by the demented owner of the Los Angeles Clippers, Donald Sterling, were made public? The nation could not rest until Donald Sterling sold the team. Why is there no clamor for Sony to get rid of Scott Rudin and Amy Pascal? They are much more influential than Donald Sterling ever was.
Sony strategists devised a brilliant damage-control line: anyone publishing the hacked material is an accessory to terrorism. This pre-emptive accusation was eloquently set forth by  Aaron Sorkin in a December 14 New York Times op-ed. Sorkin, a super-successful writer, asserted his leftiness as he led the counterattack:

“As a screenwriter in Hollywood who’s only two generations removed from probably being blacklisted, I’m not crazy about Americans calling other Americans un-American, so let’s just say that every news outlet that did the bidding of the Guardians of Peace is morally treasonous and spectacularly dishonorable.”

Why was Aaron Sorkin so hysterical, and so obviously carrying water for Sony? Evidently the company is desperate to suppress the hacked material…. So that’s why they promoted the absurd “North Korean threat to U.S. moviegoers” story  —to stop publication of the hacked material! The original statement from the so-called Guardians of Peace made no reference to blowing up movie theaters in America.  The National Security Apparatus —wanting to bury the CIA torture story ASAP— announced that both the hacking of Sony and the supposedly credible threat to moviegoers at the Cineplex in Peoria emanated from North Korea!
The ploy worked perfectly. Today, if you say that the racist creep Scott Rudin should be fired, you’re doing the bidding of Kim Jong-Un. Amy Pascal, after a 90-minute meeting with the Reverend Al Sharpton, promises not to be “insensitive” in the future. The CIA torture story has vanished —John Brennan’s thuggish denial was the last word. And paying to see “The Interview” —which preview audiences thought was snore bore—is now seen as a patriotic duty.
Sorkin Fakes Left, Goes Right

It turned out that any connection between the real Surgeon General Joycelyn Elders and the West Wing version was just name-dropping and p.r.. The show was trading on Elders’ name and standing.

President Martin Sheen is out of town when the Surgeon General does her supposedly outrageous supposed truth-telling. Top aides tell her to resign immediately so that the Prez doesn’t have to fire her.  Meanwhile, one of the Prez’s daughters, a med student, phones a reporter and says her dad would never fire the surgeon general. The Prez returns from abroad, is furious at the surgeon general (who happens to be Godmother to the daughter now coming to her defense), and furious at the daughter, whom he feels doesn’t love him.  Soap-a-roonie! The surgeon general explains to Martin Sheen that his daughter really does love him, and was showing filial admiration by saying that he would never fire her.  The Prez is flattered and refuses to accept the surgeon general’s resignation.  It’s a happy ending with the flag flying and the White House glowing and patriotic chords tugging at our sentiments.

In real life there was a female Surgeon General (Black, BTW) who spoke the truth in terms the President, a Democrat, considered impolitic. He offed her immediately and ignominiously.

When radical movements and leaders emerge, well-connected people —using NGO money and/or media access— start speaking for the movement and eclipsing the real leaders. They come on like allies —”we’re helping you reach a wider audience,” etc.— but actually they’re weakening the movement’s message and demands.  Sorkin’s exploitation of Joycelyn Elders exemplifies leftiness in action. A  Santa Monica p.r. specialist named Bill Zimmerman told attendees at a subsequent NORML conference that the West Wing episode was equal to “millions of dollars worth of free publicity” for their cause.

The blacklisted Hollywood writers whose fate  Aaron Sorkin fancies he would have shared were not opponents of the North Korean government. After World War Two the U.S. had propped up a regime in  South Korea dominated by the former ruling elite, many of whose members had collaborated with the Japanese occupiers. “Our” regime in the South prevented Korea from being unified under leaders who had fought against the Japanese fascists. Anyone wishing to understand how North Korea became so insular and anti-U.S. should read “The Korean War” by University of Chicago historian Bruce Cummings (Random House, 2010).

And anyone wishing to understand McCarthyism —the taunting, firing and blacklisting of American dissenters — should review the coverage of Dennis Rodman’s trip to North Korea with a team of ex-NBA players. Especially chilling for those who remember Senator McCarthy’s voice and interrogation style was Piers Morgan’s hounding of Kenny Anderson on CNN. If you can find it on YouTube… it’s almost as if Morgan, a teabag, had studied McCarthy’s sneering inflection and cadence.

Sorkin’s suck-up to Sony in the NY Times included laudatory references to the FBI, which helped send Ring Lardner, Jr., and other “Hollywood 10” writers to jail, and to NATO (the North Atlantic Treaty Organization), the formation of which was staunchly opposed by Lardner et al. as an escalation of the Cold War. Sorkin makes an odd, revealing analogy when he wishes the entertainment companies would comport themselves like the Armed Forces of countries ringing Russia:

Wouldn’t it be a movie moment if the other studios invoked the NATO rule and denounced the attack on Sony as an attack on all of us, and our bedrock belief in free expression?

Empty Apartments, Theirs and Ours

At the Emerald Cup in Santa Rosa I ran into David Bienenstock, the writer/editor and cup impresario who left High Times for a job at Vice.com.  I expressed appreciation for Vice backing Dennis Rodman’s visits to North Korea. “To open doors and bridge a gap,” was Rodman’s stated intention, and who could not dig that? According to Bien, Vice honcho Shane Smith was with Rodman’s crew when they were driven in limos to the basketball court, which was in a sports complex surrounded by tall apartment buildings. Upon his return, Smith looked at the site on Google Maps and noticed that the buildings were dark at night —nobody lived there, they were just for show. “They’re so weird,” said Bien about the North Koreans. I told him that one summer night I was walking along the shore in Palm Beach, Florida, and noticed that most of the high-rises looming above were completely dark; in a few the lights were on in a single apartment. The people who owned those apartments used them in the winter. In the summer they go to their places in the Hamptons or the Poconos. In September it’s back to the apartment in Manhattan… North Korea’s empty apartments may be a manifestation of propagandistic pretense, but Florida’s are a testament to extreme inequality… I wrote a song to console Rosie, who was upset by the way Rodman had been ridiculed and villified.  I wish I could get it to Rodman. Or to some musicians who don’t aspire to a contract with Sony.

And the Winners are… Most hopeful slogan on a tee-shirt at this year’s Emerald Cup: “Marijuana Cures Racism.”  Most useful slogan on a product (a cookie from Korova Edibles): “You Can Always Eat More, But You Can’t Eat Less.” 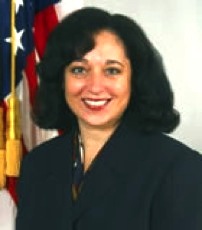 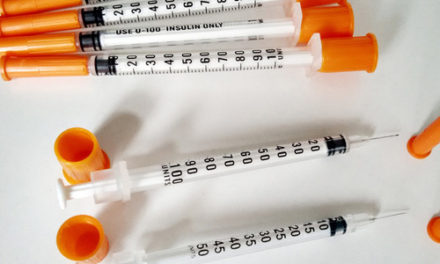