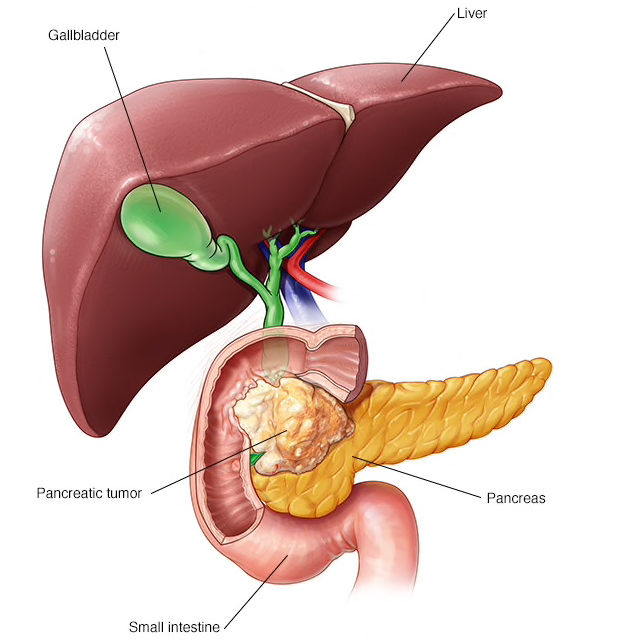 A derivative of a Cannflavin (a flavonoid unique to Cannabis) applied to pancreatic cancers by “smart radiotherapy biomaterial,” significantly slowed their progression in lab and animal studies conducted by Michele Moreau of the Dana-Farber Cancer Institute and colleagues.* Their paper, “Flavonoid Derivative of Cannabis Demonstrates Therapeutic Potential in Preclinical Models of Metastatic Pancreatic Cancer,” is shines a bright ray of hope on a dark landscape. It was published July 23, 2019 in Frontiers in Oncology.

Here’s some background on the Cannflavins. And here’s the abstract of the very promising paper by Moreau et al:

Pancreatic cancer is particularly refractory to modern therapies, with a 5-year survival rate for patients at a dismal 8%. One of the significant barriers to effective treatment is the immunosuppressive pancreatic tumor microenvironment and development of resistance to treatment. New treatment options to increase both the survival and quality of life of patients are urgently needed. This study reports on a new non-cannabinoid, non-psychoactive derivative of cannabis, termed FBL-03G, with the potential to treat pancreatic cancer. In vitro results show major increase in apoptosis and consequential decrease in survival for two pancreatic cancer models- Panc-02 and KPC pancreatic cancer cells treated with varying concentrations of FBL-03G and radiotherapy. Meanwhile, in vivo results demonstrate therapeutic efficacy in delaying both local and metastatic tumor progression in animal models with pancreatic cancer when using FBL-03G sustainably delivered from smart radiotherapy biomaterials. Repeated experiments also showed significant (P < 0.0001) increase in survival for animals with pancreatic cancer compared to control cohorts. The findings demonstrate the potential for this new cannabis derivative in the treatment of both localized and advanced pancreatic cancer, providing impetus for further studies toward clinical translation.

In the animal studies conducted by Moreau et al, the flavonoid of interest, dubbed FBL-036, was loaded into “smart radiotherapy biomaterial” for direct, time-released application to the cancers. FBL-036 is described as

“the unnatural isomer of Cannflavin B, a metabolite of Cannabis. Through a bioactivity guided isolation approach, 11 flavonoids were isolated using flash chromatography and characterized by nuclear magnetic resonance  and mass spectrometry methods. Generated spectroscopic data for FBL-03G were similar to those of the following 11 previously isolated and characterized compounds of the Cannabis plant; apigenin (1), Chrysoeriol (2), kaempferol (3), luteolin (4), quercetin (5), vitexin (6), isovitexin (7), orientin (8) and prenylated flavonoids including Cannflavin A (9), Cannflavin B (10) and Cannflavin C (11).”

In addition to reducing the size of the tumor to which it was directly delivered, FBL-03G led to regression of tumors resulting from metastasis. This outcome is called an “abscopal effect” —a term we are very glad  to learn. As explained by Moreau et al:

Apart from the antineoplastic properties of cannabis derivatives, the immune system modulative properties of these extracts have been well documented. Different volumes and concentrations of FBL-03G payloads were also investigated for their potential to generate systemic tumor responses. In particular, we investigated the abscopal effect, whereby radiotherapy (RT) at one site may lead to regression of metastatic cancer at distant sites that are not irradiated). The abscopal effect has been connected to mechanisms involving the immune system. However, the abscopal effect is rare because at the time of treatment, established immune-tolerance mechanisms may hamper the development of sufficiently robust abscopal responses. Today, the growing consensus is that combining radiotherapy with immunoadjuvants provides an opportunity to boost abscopal response rates, extending the use of radiotherapy to treatment of both local and metastatic disease). With in this context, the cannabis derivative FBL-03G was also investigated as a potential immunoadjuvant to radiotherapy.

From the results of this study, the key findings include, observation that a non-cannabinoid derivative of cannabis can enhance radiotherapy treatment outcomes in-vitro and in-vivo. Secondly, the sustained delivery of the cannabis derivative FBL-03G from smart radiotherapy biomaterials (SRBs) results in tumor growth inhibition of both locally treated and distant untreated tumors, with and without radiotherapy. The use of smart radiotherapy biomaterials (SRBs) was recently proposed as a novel approach to deliver cannabinoids, allowing for prolonged exposure of tumor cells to these cannabis derivatives, which is expected to be more effective . The FBL-03G payload used in this study is a flavonoid non-cannabinoid derivative of cannabis, and the potential to inhibit both local and metastatic tumor progression is remarkable, especially for pancreatic cancer, with a dismal 5-year survival rate of 8% (

While ongoing studies are in progress to address the specific mechanism for this immunotherapy potential of this cannabis derivative, the possibility of leveraging such a therapy approach to treat metastasis or increase survival is significant, given that most pancreatic cancer patients are diagnosed already with metastatic disease, with limited treatment options. The results highlight the potential of using non-cannabinoid/non-psychoactive derivatives of cannabis for such treatment. Further work to optimize therapeutic efficacy for such cannabis derivatives and evaluate toxicity could set the stage for clinical translation. An advantage of the SRB approach here is also that this could minimize any toxicity due to in-situ delivery and use of multifold less immunoadjuvant. Furthermore, the use of a single dose of RT as done in this project would minimize normal tissue toxicity…

While the results indicate that sustained exposure of tumor cells to FBL-03G can boost both local and metastatic tumor cell kill, the mechanism of such action needs to be further investigated. One hypothesis is that, FBL-03G can serve as an immunotherapy agent, inhibiting growth of locally treated and untreated tumors, representing metastasis. Metastasis accounts for most of all cancer associated suffering and death, and questionably presents the most daunting challenge in cancer management. Henceforth, the observed significant increase in survival is promising, especially for pancreatic cancer which is often recalcitrant to treatments. Another hypothesis is that sustained delivery allows FBL-03G to reach the untreated tumor over a prolonged period as well. Either way, the FBL-03G results reveal a new potential non-cannabinoid cannabis derivative with major potential for consideration in further investigations in the treatment of pancreatic cancer, where new therapy options are urgently needed. 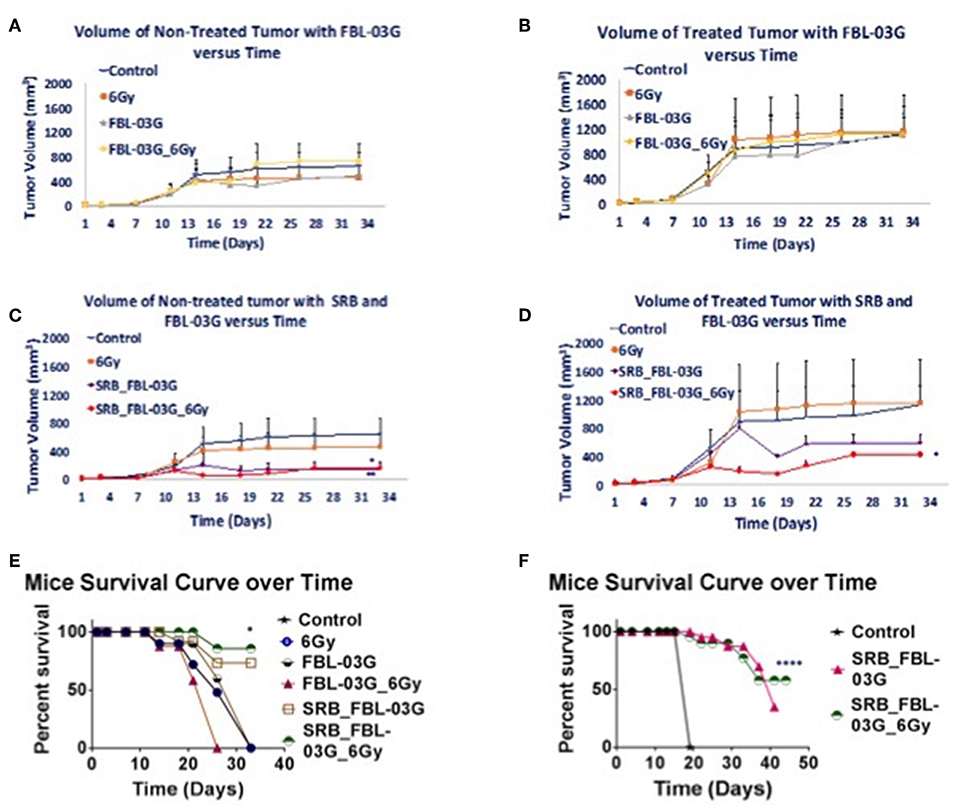 As Dr. Dedi  Meiri said in his talk at an SCC quarterly meeting, “I know mice are not people, but…”