An accurate, nonjudgmental story by Alyson Krueger about “older folk” using marijuana ran in the centerfold of today’s SundayStyles section. Use by growner-ups is on the rise and the trend is documentable, Krueger notes:

All such survey numbers should be taken with several grains of salt, of course. Not everyone replies honestly about drug use to strangers on the phone who know their actual identity and address. But clearly there is a trend across the U.S. towards willingness to use marijuana unashamedly.

Krueger provides anecdotal evidence, citing Robert Platshorn’s social acceptance at a gated community in West Palm Beach. (Platshorn did 27 years for smuggling and the feds have harassed him since his release.) Moms for Marijuana International and Grannies for Grass are socializing in the midwest. Mason Tvert vaporizes with his grandparents, before or after dinner, casually and normally.

It comes as news to Krueger that there had been a federal commission on marijuana in the Nixon era. She writes:

“According to Richard J. Bonnie, the author of ‘Marijuana Conviction: A History of Marijuana Prohbition in the United States,’ in 1971 a national commission on marijuana drug use even recommended decriminalizing the drug, something that for many people was ‘recognized as a perfectly sensible proposal,’ he said.”

Krueger makes several astute sociological observations about who’s using marijuana and why. She implicitly understands that the distinction between social and medical use is irrelevant for many people. Tell it like it is, Alyson:

Some pot smokers of decades ago simply never stopped indulging with their friends. Indeed, Ms. Neufer, a self-proclaimed hippie (“I will be forever in my heart, and in my mind,” she said), started smoking at 21 and has been growing pot in her backyard and organizing drug-fueled sing-a-longs ever since.

She pointed out that those who have moved on from corporate work might feel more comfortable revealing and sharing their marijuana use.

“Most of us are either retiring or are retired,” Ms. Neufer said. “You don’t have to worry about your job knowing, so it’s a little easier for us. I don’t care if you use my name, I don’t care if they know!”

Though, she added, “I know a lot of professional people who still have high-level jobs are still very nervous about it.” (In Ohio, possessing or using small amounts of marijuana is a minor misdemeanor.)

It also helps, perhaps, that most are empty nesters, no longer concerned with setting a good example for their children or having drugs within reach of minors. Many grandparents “are at a stage in their life where it doesn’t make a difference,” said Diane-Marie Williams, executive director of administration of Moms for Marijuana International and a grandmother herself. “They’ve raised their families, they’ve done their careers, and at this point I think they are saying, ‘O.K., I’m not jeopardizing my family.’ ”

Marijuana’s legal strides have also made it a lot easier for people to publicize or at least not hide their drug use.

“It did so much good having Washington and Colorado legalize, having 18 states that have medical, and 14 more states that have decriminalized,” Mr. Platshorn said. “That helps people come out of the closet.”

Mr. and Ms. Shuller, for example, made it clear that they use marijuana only with their family when they are in states where it is decriminalized or legal for medical reasons.

“That’s maybe something they would find troubling,” Mr. Tvert said about his grandparents. “To break the law.”

And the drug’s therapeutic effects, which have been more accepted by the medical world in recent years, offer further incentive.

Ms. Hoffman, who lives in Grubville, Mo. (population about 100), has Crohn’s disease and other medical problems. She said she barely has the energy to socialize without the drug.

“Me getting around is a little bit rough,” she said, but after using marijuana, she feels healthier. “I can do more things. We play croquet. We do things out in the yard, and if I don’t have it I can barely walk across the floor. It’s a big pick-me-up.”

Ms. Shuller, who has arthritis in almost every part of her body, said she loves how pot relieves her pain without leaving her with the negative side effects of painkillers or alcohol.

“I had never tried it before,” she said of her first time consuming the drug two years ago, “and it didn’t bother me at all. It felt good, and it’s certainly better than alcohol, which is draggy and sometimes leaves you sick.”

So many older people value how the drug makes them feel, Ms. Williams said, that they even cook with the cannabis, putting it on salads or in the tea they drink before they go to bed. They also exchange recipes online through the Moms for Marijuana International Web site.

Ms. Hoffman said, “All my friends are as educated on the subject as I am, and if they aren’t, I keep trying to make them.”

Ms. Neufer added: “It’s like as you get older, it’s not something you do all the time, but you still do it. It’s still something you like. It still makes you feel good.”

Rosie said “Fifty to 59? That’s not old!”  Not to us, but it is to a reporter half that age… None of the words fit perfectly when the subject is “the golden years.”  Seniors in high school rule the roost but seniors in society struggle to survive. Elder is misleadingly respectful. Senior Citizen reeks of bureaucracy. Geezer is disrespectful. Growner-up is a double-entendre (it refers to the sound we make upon getting out of a car). If you patent it, don’t forget to send us our 10%.

PS To Vickie Hoffman in Grubville, Mo: Jeffrey Hergenrather, MD, has been studying the effectiveness of cannabis in treating Crohn’s. He first published his results in O’Shaughnessy’s in 2005, and there have been several follow-up reports. In October 2012 Hergenrather updated his findings at a Continuing Medical Education course for physicians accredited by UC San Francisco —read about it here.  If you want some O’Shaughnessy’s for your friends, tell us where to send them.  Ditto to Cher Neufer in Akron. (The issue contains an obit for a great man who came from Akron, Carl Oglesby.) 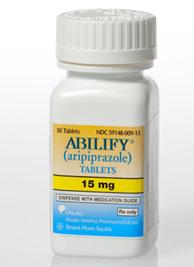