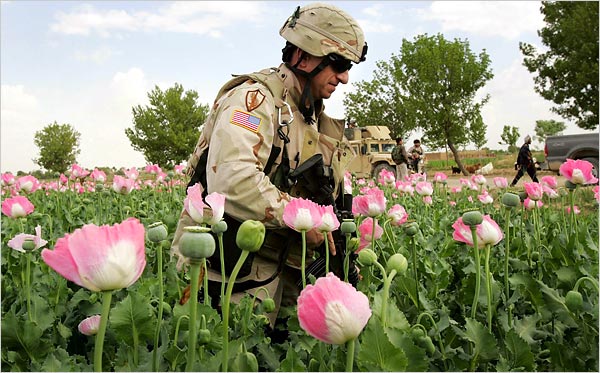 Most citizens assume that physicians regulate the practice of medicine, but state medical boards are composed primarily of law enforcement personnel. When the state Medical Board receives a complaint concerning a physician’s conduct, a police officer equipped with a badge, a gun, and a degree in criminology is assigned to investigate. Worse yet, the decision about whether or not to take action on any given complaint, falls entirely to law enforcement.

After evidence is gathered, the case is referred to a deputy attorney general for prosecution. This publicly employed lawyer works for the Attorney General, otherwise known as the state’s “top cop.” The fact that the Attorney General’s name appears at the bottom of the ensuing accusation should remove any doubts about the law-enforcement nature of a Medical Board action against a physician.

The ensuing prosecution takes place not before a medically sophisticated jury of the physician’s peers, but before an administrative law judge. Many ALJs have been previously employed as deputy AGs, and maintain their offices within the Attorney General’s quarters. During an administrative hearing, the ALJ functions as both judge and jury. These facts raise concerns around the issues of due process, and law-enforcement bias.

Not surprisingly, the outcomes of these Medical Board proceedings, where controlled substances issues are at stake, have little to do with the Board’s stated mission to protect the public. In fact, the nature of these proceedings raise concerns about who will protect the people of California from the Medical Board?

An examination of the Board’s quarterly Action Report, which lists disciplinary measures taken against California physicians, suggests that as many as 50% originate from complaints about the prescription of opioid analgesics. The exact percentage remains to be quantified, as many actions when they are finally reported describe alleged transgressions in record keeping, or fraud. The origin of a disciplinary action in a complaint concerning the prescription of opioid analgesics may, in this manner, be concealed.

Action Report data suggest that the Medical Board of California may be expending as much as $20 million of its $38 million per year budget on investigating and prosecuting pain-treating physicians.

A sane regulatory system would expend these financial resources on identifying dangerous physicians who might actually pose a threat to the public.

This improvident allocation of MBC resources results in the under-treatment of chronic pain by intimidated doctors. It also leads to the escalation of malpractice premiums as doctors who cause harm avoid scrutiny.

The involvement of law enforcement in the regulation of medical practice is basically inimical to the availability of good medical care.

Under ideal circumstances, medical standards arise from a combination of 1) scientific research, and 2) a mindset geared towards serving the best interests of the patient. When law enforcement regulates the practice of medicine, neither occurs. Scientific research is replaced by a social agenda, driven by drug war ideology. Under these circumstances, law enforcement sets the standards for medical practice.

The medical profession is coerced into imposing a system of drug control upon pain victims, rather than providing them with pain control.

As an unintended consequence of the war on drugs, physicians are required, in order to keep their licenses, to assume a quasi law enforcement role in society. The medical profession is in this manner coerced into imposing a system of drug control upon pain victims, rather than providing them with pain control.

While prosecutions against both marijuana-recommending and opioid-prescribing physicians are driven by law enforcement agendas, their respective effects on both physicians and patients differ. An examination of the differences reveals useful insights about how the regulatory morass around these medically important substances may eventually be resolved.

Although law enforcement is actively engaged in the persecution of physicians who recommend medical marijuana, and as a result, the majority of California physicians are too intimidated to provide this service to their patients, most patients who need a marijuana recommendation are able to obtain one. These patients are also usually able to obtain their medication.

Patients who need opiates to treat chronic pain, on the other hand, are rarely so lucky. They are often unable to obtain the medication upon which their very survival may depend.

The existence of this paradox is counterintuitive. One would expect that legal substances such as opioid analgesics would be more available to patients than illegal ones such as marijuana. The contrast between the respective availabilities of these medicinal substances illustrates the exquisite vulnerability of the medical profession to the social agendas that are imposed when law enforcement regulates the practice of medicine in accordance with its drug war agenda. There is a lesson that must be learned from this paradox.

Prohibition inevitably prevents much needed medical treatment. The ensuing regulation of medical practice by law enforcement perverts medical standards, and thus creates an insurmountable bottleneck that prevents needed medications from getting to patients.

The current regulation of marijuana though Proposition 215 to some extent bypasses this bottleneck. While Prop 215 allowed physicians to approve mariuana use, it would be a mistake to make it a prescribable drug. If this approach were to backfire, medical marijuana might end up less available to patients than it is now. It makes sense to remove marijuana entirely from the schedule of controlled substances, not to reschedule it for use as a prescription drug.

The nature of the controlled substances scheduling apparatus itself bears scrutiny. The existence of this system is based on the assumption that society needs the federal government to protect it from supposedly abusable substances. Marijuana and opioid analgesics have been successfully demonized to the point where the general public feels that government intervention is necessary to protect us.

On a scientific basis, the controlled substances schedule is malarkey, as opioids and cannabinoids are unusually safe for medicinal use. Patients rarely, if ever get addicted, and deaths from appropriate medical use range from rare, in the case of opioids, to nonexistent in the case of medical marijuana. Consequently, the schedule is most accurately characterized as a law enforcement drug hysteria index.

What won’t resolve the crisis in the treatment of chronic pain is fine-tuning the current system. Attempts to do so over the last 15 years have only made it worse.

The enactment of intractable pain acts and the promulgation of medical board guidelines for the use of controlled substances in the treatment of chronic pain are based on the misguided assumption that some iteration of the regulation of medical practice by law enforcement could possibly succeed in delivering needed care to patients. This assumption reflects a profound misunderstanding of the actual consequences for medical standards associated with requiring law enforcement to regulate medical practice.

The only certain way to restrict law enforcement’s grasp on this aspect of medical practice is to remove opioid analgesics from the schedule of controlled substances. This action would signify the end of opioid prohibition as we know it. Not until the under-treatment of chronic pain becomes a national scandal will there be a movement to end opioid prohibition.

Most assume that when the time comes, their pain will be treated. They are sadly mistaken. In place of available pain treatment, there exists a widespread myth of available treatment.

An incremental step towards solving the pain crisis would eliminate physicians as the bottleneck, by decriminalizing the possession of opioids for medical use. This would resemble the current approach to the regulation of medical marijuana.

Such a strategy would be based on the understanding that many pain sufferers might have better luck procuring opioid analgesics through the black market than they currently have obtaining them from their own physicians. Many pain sufferers are forced into the black market already. Society probably isn’t ready for this solution either, as the realization is only just dawning that the undertreatment of chronic pain is a major public health problem.

When the realization sinks in that the regulation of medical practice by law enforcement is a far greater menace than the illicit substances themselves, and people realize that the desecration of the physician-patient relationship is too high a price to pay for these illusory protections, social policy regulating medicinal substances will change.

The eventual solution may resemble the time-honored and relatively sane regulation of alcohol and tobacco. The less law enforcement is involved in the regulation of medicinal substances and hence medical practice, the better off we all will be.

From O’Shaughnessy’s, WHAT ISSUE. Obviously Dr. Fisher’s approach to the pain crisis has not been heeded. Instead, synthetic opioids were made available by prescription for chronic neck and back pain (not just severe pain caused by cancer), resulting in widespread addiction and overdosing by US Americans. 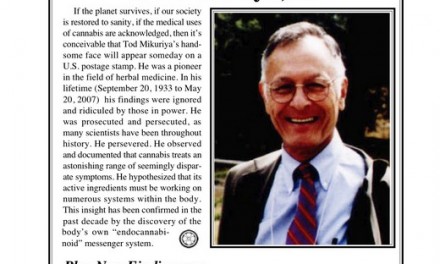