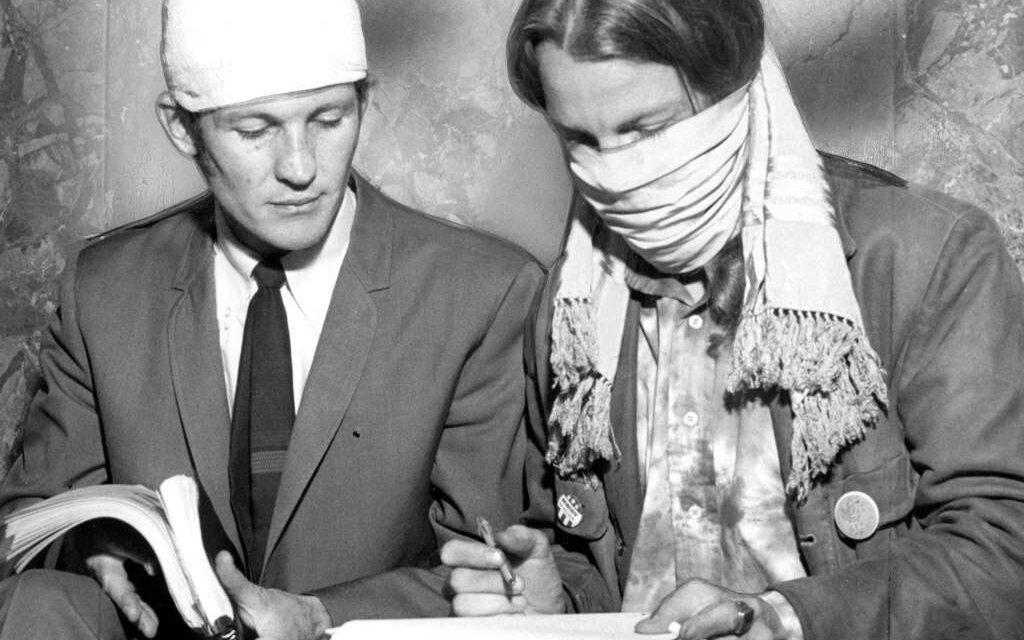 In my haste to get to the Presidio Mutiny Court Martial (which is when I really got to know Terence Hallinan) I skipped a story from the spring of ’68 with a cosmic connection to the present: his defense of the Diggers who staged a “mask-in” at San Francisco City Hall. The Diggers were quasi-political performance artists who staged small-scale food giveaways and poetry readings. The media was impressed by their swashbuckling leaders and they were credited with sheltering the runaways who were streaming into the city. (The real sheltering was organized by two un-famous Diggers, Arthur and Jane Lisch, and funded by the American Friends Service Committee.) In May ’68 Mayor John Shelley, responding to complaints of profanity, ordered a halt to lunchtime poetry readings on the steps of City Hall. After a speech by Terence describing their noble intentions, the Diggers staged a City Hall poetry reading on May 7. A looming confrontation with police had been well publicized  and several hundred people —mostly workers on their lunch break— watched as five Diggers were arrested, including one for wearing a shirt seemingly made from the American flag,  another “who shouted a four-letter word meaning to make love” (to quote the Chronicle), and Ron Thelin for wearing a bandana as a mask. Muni Court Judge Albert Axelrod, returning  from lunch, told the media that the Penal Code made it a crime “to appear in any street or highway or in other public places with his face partially or completely concealed by means of a mask of other regalia or paraphernalia, with intent  to conceal his identity.”  Thelin, a former Eagle Scout and an Army veteran, said that he wore the mask to “to intellectualize my fantasy, which  is to be free.”

Between the time of the mask-in bust and Thelin’s appearance in court, Terence had been clubbed in the head by SFPD officer Michael Brady, requiring 16 stitches. This occurred at San Francisco State, where students were staging a sit-in at the President’s office demanding an end to ROTC and the creation of Black and Hispanic studies programs. Terence represented the 449-member Associated Students and was on the scene when police began out the demonstrators.  He came to the defense, physically, of a young woman who had been knocked down —and got charged with assault. “I hit a cop in the club my head,” he said afterwards. He told reporters that Officer Brady was “a well known  sadist… They’ll put me on trial and I’ll put the San Francisco police on trial.” Vincent Hallinan filed suit on Terence’s behalf for half a million dollars and they settled for $10,000. When he appeared in Municipal Court to get the absurd charge against Ron Thelin dropped, Terence’s  brow was neatly bandaged. 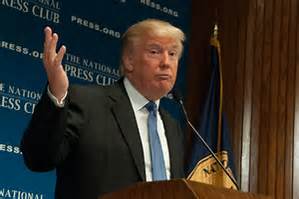