8/1/18  GW Pharmaceuticals jump-started its operation in 1998 by acquiring the genetic library amassed by David Watson and Robert Connel Clarke, Californians who had traveled the world collecting land-race plants and then formed a company, Hortapharm, to cross-breed them (legally in Amsterdam).  O’Shaughnessy’s first issue (Summer 2003) described the historic transaction.

Skunk #1 was the high-THC plant that GW’s brain trust chose to mix with a CBD-rich plant to make their initial product, Sativex, an approximately 1:1 CBD-to-THC extract formulated for spraying under the tongue. The presence of Skunk #1 in Sativex was not ballyhooed for obvious public-relations reasons, and it was seriously downplayed after an article in the New Scientist in 2009 implied that Skunk could be psychosis-inducing. (O’Shaughnessy’s dissed that article in a piece entitled “Struggle Against CBD Opportunism

That was then. In the current New Scientist, GW unashamedly outs its high-THC cultivar, in an informative article by Amy Fleming that begins:

IN A vast glasshouse in the south of England, cannabis cultivator David Potter is rubbing a plant labelled “Skunk #1” to unleash its unique faecal odour.

The rest follows, with a few more lines boldfaced. —FG

He is surrounded by different varieties, all in heady bloom under the light sensors, ceiling shades and lamps at GW Pharmaceuticals’ cannabis breeding and medicine production facility. It is the only firm able to grow the plant in the UK. 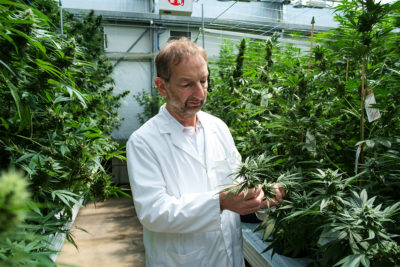 Wearing a white lab coat, he next coaxes out a lemon and pine aroma from a wild Afghan plant. You would never guess that it is a close relative of Skunk #1.

Skunk #1 is used in the production of Sativex, the first marijuana medicine to be approved for use in the UK, which helps people with multiple sclerosis to manage muscle spasms. GW, where Potter is botanical director, sells the drug in 29 countries, making the UK the world-leading legal cannabis exporter.

Another cannabis-based GW drug, Epidiolex, was approved by the US Food and Drug Administration last month for the treatment of two complex childhood epilepsies: Dravet syndrome and Lennox-Gastaut syndrome. Epidiolex is the first cannabis-based drug to be approved in the US and is likely to get the nod for use in Europe in early 2019.

The use of medical cannabis in the UK has come under increased scrutiny thanks to high profile cases such as that of 12-year-old Billy Caldwell, whose mother illegally brought cannabis oil back from Canada to reduce the frequency of his epileptic seizures. The Home Office is now reviewing the law and has temporarily granted Billy legal access to the oil. Last week, the UK’s Advisory Council on the Misuse of Drugs recommended that doctors should be allowed to prescribe cannabis-derived medicinal products to people with certain medical conditions.

GW was founded in an attempt to avoid such legal difficulties. Striding into what he calls “the potting shed”, Potter approaches a workbench. “This bench is rather special to us, because on 24 August 1998, we sowed our company’s first seeds on it,” he says. “Eight packets of seed and from that 20 years of plant breeding.”

The company was started by British biotech entrepreneurs in response to people with multiple sclerosis campaigning for the right to use cannabis to relieve muscle spasms and pain without breaking the law. The plan was to create a standardised product that could go through the formal regulatory process for new drugs.

From the start, the UK Home Office granted GW a licence to develop cannabis-based drugs in the UK, farms and all. In addition to treatments for multiple sclerosis and epilepsy symptoms, the firm has investigated uses of cannabis-derived substances called cannabinoids for a range of conditions, including schizophrenia. 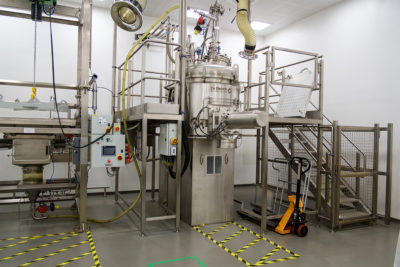 In a pilot clinical trial carried out by GW of one substance called cannabidiol (CBD), participants with schizophrenia were randomised to receive the drug or a placebo in addition to their regular anti-psychotic medication. Those who received the drug showed a reduction in symptoms (American Journal of Psychiatry, doi.org/gcz6bf).

“I don’t think cannabinoids are a cure all for everything,” says Rose Chesworth, a behavioural neuroscientist at Western Sydney University, Australia. But CBD does seem to have an antipsychotic effect, she says.

David Nutt at Imperial College London agrees. Some argue that people with schizophrenia may be using illegal cannabis to manage their symptoms, he says.

Part of the problem is that we still don’t know exactly how cannabinoids affect people with these conditions. Sativex contains equal amounts of the psychoactive compound tetrahydrocannabinol (THC) and CBD, which doesn’t produce a “high”. It is made from the oils of a cannabis plant formed from a cross between a cultivar of Skunk #1 and a plant Potter bred to be high in CBD.

Blending the two plants helps make the THC more tolerable, says Ben Whalley, director of research at GW, as the CBD reduces the negative effects of THC such as light-headedness and anxiety. Plants grown for recreational use tend to contain little CBD.

Record potency
In Epidiolex, CBD is the main active ingredient, and a much higher dose is required to have an effect on epileptic seizures. Potter says his Epidiolex plants have record CBD potency levels, but even so GW has to devote 10 square metres of glasshouse to grow enough cannabis for one child’s medicine for one year. Sativex requires only half a square metre to produce a year’s medicine for one patient.

Both drugs are manufactured in a building near the potting shed. Every so often, the carbon dioxide used to purify the CBD extract whooshes up like steam from a vent outside. The pungent odour is removed before it is released, so as not to upset the neighbours.

Epidiolex is thought to help Dravet syndrome and Louis-Gastaut syndrome due to the way CBD interacts with the brain. Both conditions cause uncontrolled electrical activity in the brain – overexcited nerve cells, says Whalley. It is thought that a receptor called GPR55, which is usually found on the ends of nerve cells, plays a role. When activated, this receptor can increase communication between brain cells, but CBD can bind to it and reduce the excitability.

While Epidiolex helps some people, as with other antiepileptic drugs, it doesn’t work for everyone. “But what we didn’t tend to see was children getting worse, which is often a worry with some drugs,” says Helen Cross, a consultant in paediatric neurology at Great Ormond Street Hospital in London who administered Epidiolex as part of international clinical trials.

Cross says that around 2000 individuals in the UK have Dravet syndrome, while Lennox-Gastaut syndrome is so rare that there are no UK figures. “These patients traditionally have a poor prognosis for seizure control and long term neurodevelopment,” she says. As a result, injuries from falling are common, and these conditions have a relatively high mortality rate, she says. “In Dravet syndrome, it has been estimated to be 15 per cent.”

Following the trial, Cross has continued prescribing Epidiolex to 30 children, including some with other complex epilepsies. She understands the desperation felt by parents who don’t have legal access to cannabis medicines. “The problem is that the cannabis oils you buy over the internet are not produced to pharmaceutical standards,” she says. “We don’t recommend them, although many parents administer them without our knowledge.”

“Cannabis oils you buy over the internet are not made to pharmaceutical standards”
In the case of Billy Caldwell, the levels of THC in his cannabis oil are illegal in the UK. Cross says that some pre-clinical studies have shown that THC and CBD may both reduce convulsions, but there is also evidence that THC may increase them in some circumstances. There are additional concerns about the effects of THC on children whose brains already have developmental issues, she says.

Any review of the current status of cannabis medicines in the UK can’t be done without evidence, says Cross. “We have ways of looking at medicines to make sure they’re safe long term, and if we start undermining that process, it’s the tip of the iceberg.”

But for many people, progress is painfully slow. Nutt, a former drugs adviser to the government, says decriminalising cannabis will boost research and treatments. Not everyone agrees. Cross fears the wider debate over recreational cannabis is a distraction from helping children like Billy. “That argument needs to come completely out of it,” she says.

In the meantime, Potter and his colleagues have a UK monopoly on legal medical marijuana – and he remains uniquely allowed to grow his beloved plants. 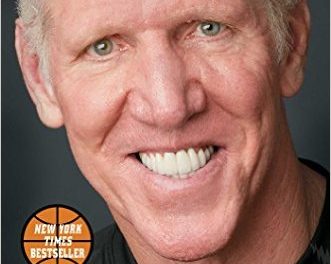 When Reefer Madness led to March Sadness for UCLA