There is a certain rhythm to the calendar in academic medicine.

July brings new interns. September brings new residency applications. March is Match Day. And May – well, May is when the National Residency Matching Program (NRMP) releases their data report for the that year’s residency Match.

Maybe this doesn’t rank as such an important event on your calendar as it does mine. For those unfamiliar with the NRMP’s Main Residency Match reports, each one offers a rollicking read through 100+ pages of statistical tables. The data tell many stories – and given the chaos around the 2021 Match, I was eager to see what stories this year’s report would tell.

Far be it from me to steal from you the grand pleasure of reviewing the NRMP’s report yourself. But for those who want the condensed version – with a little Sheriff of Sodium spin – let’s take a look at the 2021 Match, by the numbers.

This increase was driven mainly by 15% increase in the number of non-U.S. citizen international medical graduates (IMGs) from 2020. Gotta admit, I was surprised by this – given the suspension of USMLE Step 2 CS, the disruptions to international travel, the ECFMG’s price-gouging new “pathways” – I really thought we’d see the opposite trend.

* – Remember, not all Match applicants are active applicants – the term applies only to Match registrants who submitted a rank order list. If you take all-comers, there were 3,741 more applicants in the 2021 Match than the 2020 iteration. The point stands: by any measure, last year’s Match was the biggest ever.

With the switch to virtual interviews and concerns over interview hoarding, it wasn’t far-fetched to think we’d see a significant drop in the Match rate. Instead, this year’s figures barely deflected from the historical 93-94% Match rate for U.S. seniors.

SIDENOTE: Whenever I discuss the match rate for U.S. seniors, I typically get an angry message or two from someone who believes that focusing on this figure evinces bias against IMGs or DOs.

Look, this isn’t a pro-MD or anti-IMG thing – it’s a matter of statistical cleanliness. U.S. seniors are a well-defined group. Almost all of them participate in the NRMP Match, and the way they’re tracked has been consistent throughout the NRMP’s history. That makes them an ideal group for looking at historical trends.

In contrast, before the single accreditation system, many DO applicants found positions in the AOA Match – which makes their NRMP match rate difficult to interpret. Similarly, the number of IMG applicants can vary widely from year to year, making their match rate fluctuate accordingly. (For instance, due to the increase in applicants noted above, this year’s non-US citizen IMG Match rate was down 6.3% – even though a record number of non-US citizen IMGs successfully matched.)

72.1%. That’s the Match rate for U.S. seniors trying to match in plastic surgery.

Obviously, the overall Match rate can only tell you so much – because match rates vary widely by specialty and applicant type. Plastic surgery was the most competitive specialty for U.S. seniors in 2020 (the last year for which full data are available), followed by otolaryngology (74.9%) and neurosurgery (75.2%). In contrast, the specialties with the highest match rates for U.S. MD seniors were radiation oncology (99.2%), pediatrics (98.2%), and neurology (97.2%).

U.S. MD and DO graduates fill the majority of residency positions – but without IMGs, primary care specialties would not fill.

46% That’s the percentage of matched IMGs who fill positions in internal medicine.

Add in the other primary care specialties (family medicine and pediatrics), and that figure goes up to 69%.

(In contrast, as shown on the graphic above, U.S. medical graduates again filled almost all the positions in surgical subspecialties like plastics, otolaryngology, neurosurgery, and orthopedics.)

0. That’s the number of unfilled categorical programs at Tulane.

Remember the timing here. In February, just as applicants were submitting their rank order lists, a former program director’s racial discrimination lawsuit against Tulane became public. As #DNRTulane began trending on social media, I wondered if Tulane’s Match rate would take a hit. In the end, it didn’t.

In other words, it wasn’t just a good year for Tulane – it was a good year for all programs. All told, 95% percent of programs filled in the Match, and by the time SOAP ended, 99.6% of program positions were filled.

That’s the number of unmatched (either fully or partially) applicants after the SOAP was over.

The vast majority of the unmatched are IMGs. Among unmatched IMGs, approximately 62% are non-US citizens, and thus may have training or practice opportunities in their country of origin. But that still leaves ~3500 U.S. citizen IMGs (most commonly graduates of Caribbean medical schools) and ~1,750 US MD and DO seniors who were unable to secure a residency position – and are left with few options.

Before you point to the match rates above and cry caveat emptor, remember this: many of these unmatched applicants are saddled with hundreds of thousands of dollars of federal student loan debt – loans that they’re ill-equipped to pay without competing residency training.

In other words, the unmatched problem is a problem that has real policy implications – not just for the unmatched doctors themselves, but for the American taxpayer. It’s a problem we’re gonna have to confront in the future – and I plan to say more about it here soon.

43.1%. That’s the percentage of U.S. seniors who matched to their top choice program in 2021. It’s the lowest figure in Match history.

Meanwhile, the percentage of U.S. seniors who matched at their fourth or lower choice was 25.8%, which is the highest on record.

To me, this is the real story of the Match report. Even though the overall Match rate is steady, individual Match outcomes continue to erode. Go back to the early 2000s, and nearly 60% of U.S. seniors were matching to their top choice program, while less than 15% fell to fourth or lower.

What is going on?

To answer this question, let’s move to our next number and first discuss what is not going on.

1.77. That’s the ratio of available PGY-1 positions to every U.S. senior applicant.

It’s exactly the same as 2020, which means it’s tied for the most favorable position-to-applicant ratio for U.S. seniors in the past 50 years.

If you include DO seniors, there were still more than enough PGY-1 positions to go around in 2021: 1.3 of them for each applicant, in fact.

Of course, if you include all applicants, there were only 0.83 PGY-1 positions per active applicant. But believe it or not, last year was the first year in the past decade when the overall ratio of positions-to-applicants got less favorable.

Don’t believe me? Check out the graphic from the NRMP report below.


Figure 1 from the 2021 NRMP Main Residency Match Report shows how the ratio of positions to applicants has changed over time.
Since 1992, we’ve had more positions than applicants. An overall disparity is nothing new. But after bottoming out at 0.75 in 2009-2010, there had been a slow-but-steady narrowing of the disparity between the two, reaching a high water mark of 0.85 positions per applicant in 2020 before dropping back a bit this year.

In other words, the reason Match outcomes for U.S. seniors are declining is not because the overall residency market is tighter. (And it’s not because of more DO applicants applying, either. Notice how the decline in first-choice matching begins at least a decade before the single accreditation system phase in began in 2016.)

Something else is going on.

And I say it’s Application Fever.

13.98.  That’s the average number of programs ranked by each successfully matched US senior. That figure is up 75% from two decades ago, when applicants ranked an average of just 8 programs.

Although some applicants don’t rank all of the programs at which they interview, most do – so this figure provides some estimate of how many interviews applicants are now completing. And it’s a lot more than they did in the past.

15.35. That’s the average number of applicants programs ranked per position in 2021.

It’s easy to look at this and say so what? Applicants are applying to more programs and doing more interviews, programs are interviewing more applicants – maybe those are good things!

And maybe I’d buy that argument if it weren’t for the deterioration in Match outcomes noted above. But I don’t think that’s a sign of a healthy marketplace – I think it’s the sign of a market under strain.

It’s objectively true that today’s residency applicants spend more money applying to more residency programs than previous applicants have at any point in human history, all to receive an outcome with which they’re ultimately less pleased. At some point, should we demand that the juice is worth the squeeze? Or should we allow a senseless arms race to continue unabated, so long as it pumps cash into the pockets of our corporate overlords and spares us the uncomfortable labor of improving the system?

Folks, how many more Match reports do you need to see? 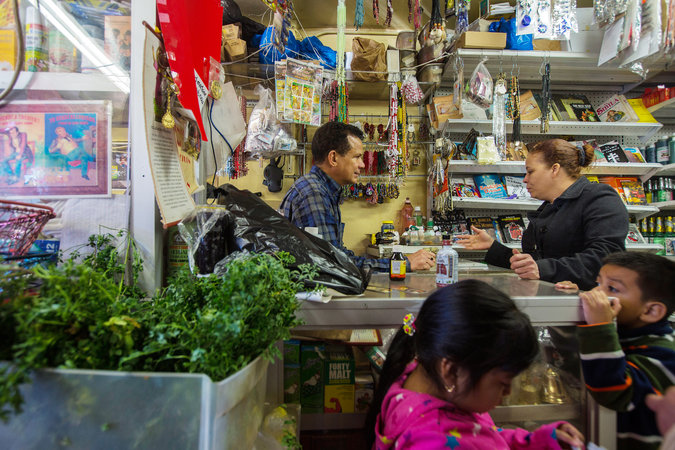