I don’t know if you’ve been following this news out of France:

Sounds like somebody heard “endocannabinoid system” and assumed the trial drug contained cannabis or its derivatives. Which the French health ministry now says it did not.

Very interesting, though: What sorts of drugs or agents besides cannabis could/would have an effect on the endocannabinoid system?

No, I had not seen this story yet. I wonder which of the FAAH inhibitor molecules it is? I know a few different chemists who have played key roles in developing those series of compounds. Theoretically, a drug that inhibits FAAH should elevate anandamide. Such has been touted for years as the future of cannabinoid therapy that should be gentler, less psychoactive, boosting the body’s endocannabinoid system without “hijacking” it (in the parlance that NIDA likes to throw around). This class of drug — and by class I mean its target of action as a FAAH inhibitor because, as I don’t see from these stories anything about the chemical structure — has been used in animals extensively for years, and I’ve never seen anything to indicate such a risk as this. So my reflex suspicion is a contaminant causing off-target effects. If it’s a selectivity issue, rather than contamination, it definitely speaks to the risks of embracing human medicinal chemistry as superior to the long natural and human selection of the cannabis plant as its own unsurpassed medicinal laboratory. I’m interested to learn more as it unfolds.

I’m blind copying a few colleagues both to share and probe for insights!

I’m somewhat skeptical as to how a pharmaceutical-grade FAAH inhibitor would result in outcomes so far astray of the morbidity/mortality witnessed in animal models. However, as we all must begrudgingly concede–mouse brains are not rat brains… are not chimpanzee brains… are not human brains–and so this may be early and compelling evidence that FAAH inhibition is simply not a viable pharmaceutical target in humans.

I agree, though, G. Reporting simultaneously that “108 healthy volunteers … [exited] without any moderate or serious adverse reactions becoming evident” and now “three of 90 …may suffer irreparable harm,” sounds to me like an experimental cohort went awry. I’d be looking into potential batch contamination too.

Without a chemical structure on offer, however, we obviously can’t know anything about either the actual fate of these unfortunate test subjects, or their untoward endocannabinoidergic derangement.

I’ve also learned today that some FAAH inhibitors have been in hundreds of humans without concern. Maybe Pfizer and J&J.

A possibility could be that the compound was metabolized into a toxin in the poor victims. Reminiscent of MPTP but in a clinical trial and with different outcomes. I seem to recall John Huffman expressing to O’Shaughnessy’s some years ago —in discouraging Spice consumption— that he worried some of the JWH series could yield a toxic metabolite..

In any case this new story is tragic and exposes some of the elephants in the cannabis policy and research room.

On January 16 the New York Times ran  an informative piece in the business section headlined “6 Hospitalized, One of Them Brain-Dead, After Drug Trial in France.”

Reporter Sewell Chan’s definition of the endocannabinoid system —”a set of brain receptors”— is incomplete, but his quotes from Hohmann and Piomelli are on point. I sent him this

Note to Sewell Chan    That was an informative piece you wrote about Bial’s tragic trial of a FAAH-inhibitor drug. Thanks for citing Marisol Touraine’s disclaimer, “Contrary to several reports in the French news media, the drug was not a cannabis-based painkiller.” Those reports have been ricocheting around the internet.

The reason drug companies are striving to bring FAAH inhibitors to market (as you almost certainly know) is that Cannabis, the medicinal herb, is illegal. The drug developers’ strategy —raising anandamide levels to increase CB1-receptor activation— seems like an end-run around prohibition. But it’s really a Hail Mary pass, given that the range of effects in humans is unknown, and might even include the one they’re trying to exclude, euphoria.  —Fred Gardner

Headlines all wrong. Not cannabis based.

O’Shaughnessy’s has paid tribute to the Daily Mail headline writers before.  Below is the Mail’s front-page announcing the decision of Britain’s National Health Service to pay for Sanofi’s weight-loss drug Rimonabant, which was marketed in the UK as “Accomplia.”   Read that sad and sorry saga here. 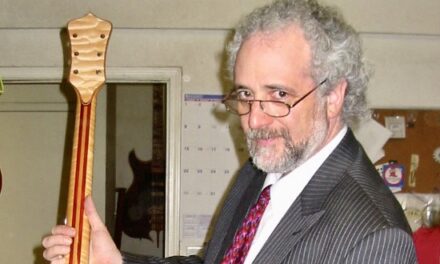