We’re just back from a distribution run to Oregon via Arcata, where Diane Dickinson, MD, took delivery on 700 copies of the new O’Shaughnessy’s.

Dr. Dickinson is one of several SCC members following Tod Mikuriya’s original business/political plan for the paper —cannabis clinicians should give a copy to every patient by way of payback, because almost everything known about cannabis as medicine came from patients, and many patients want to be kept abreast of the relevant science. Thanks to Tod and O’Shaughnessy’s, thousands of California patients know way more about the endocannabinoid system than their regular doctors.

The first mention of the endocannabinoid system in the prestigious Journal of the American Medical Association —forwarded by ardent reader Philip A. Denney, MD, in the fall of 2005— was a two-page ad from the drug company Sanofi-Aventis!

Sanofi was laying the groundwork for its Rimonabant marketing campaign, which entailed educating JAMA readers about endocannabinoids, neuromodulation, and the condition called Metabolic Syndrome, for which Sanofi’s cannabinoid-antagonist drug had won regulatory approval in Europe and was selling briskly. FDA approval did not seem to be in doubt, despite O’Shaughnessy’s Autumn 2004 story yelling “Danger! Danger! Danger!” , and a warning to Sanofi scientists from Jeffrey Hergenrather, MD, about the potential adverse effects of blocking the CB1 receptor.

Believe it or not, we prevailed and FDA nixed Sanofi’s bid to market Rimonabant in les Etats Unis. (The CB1-antagonist was going to be sold here under the odd name of “Zimulti.” In England it was called “Accomplia.”  The names of drugs and cars are often indistinguishable. “Creative” people get paid big money for thinking them up. I’m waiting for the Chevy Viagra.)

The International Cannabinoid Research Society was meeting in Scotland when the UK’s National Health Service agreed to pay for Acomplia.  and the Daily Mail ran an eye-catching headline.

Rimonabant was banned in Europe later in 2008 after numerous cases of “suicidal ideation” were reported. We expect the pharmaceutical industry to come back with a next generation of presumably safer cannabinoid antagonist drugs. Animal studies showing that Rimonabant induced seizures and tumors have been ignored (although noted in this issue of O’Shaughnessy’s).

The cannabis industry in Oregon is transitioning from legal “medical” to legal “recreational” use, a phase for which they have a phrase: “pre-rec.” This was explained to us by a very knowledgable woman at Mom’s, a dispensary along the road from Crescent City to Grant’s Pass. We saw a half dozen dispensaries, signs for three clinics, and blatant billboards proclaiming things like “Need Weed?” We also saw a half dozen red-tailed hawks, all on the ground. The rain must have driven the mice to the surface. The hawks all looked robust and healthy. 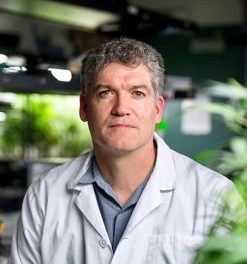