The World Health Organization released an official document asserting that half the Greeks contracting HIV were intentionally self-inflicting themselves with the disease in order to collect welfare benefits.  According to the New York Times story recounting the vile episode, on November 26 “the World Health Organization and the group that produced the report acknowledged that the H.I.V. claim was not true.”

A spokesman for the W.H.O. called it an editing error, and apologized.

The W.H.O’s recently published European report stated that “H.I.V. rates and heroin use have risen significantly, with about half of new H.I.V. infections being self-inflicted to enable people to receive benefits of €700 per month and faster admission on to drug substitution programs.”

It seems that almost daily we are presented with examples of the biomedical establishment publishing peer-reviewed disinformation. In this case, those responsible were not keen to admit their mistake. According to Danny Hakim of the Times,

“The report was produced by the Institute of Health Equity at University College London and overseen by Sir Michael Marmot, an epidemiologist… A spokeswoman for the Institute of Health Equity, Felicity Porritt, said by email this week that the claim came from a Lancet study produced by researchers from the University of Cambridge, the London School of Economics, the London School of Hygiene and Tropical Medicine, and the University of California, San Francisco.

But that Lancet study, published in 2011, said that only “a few” such cases had been found, and it in turn cited yet another report, by researchers in Greece. The Greek report, however, said that it was only a “well-founded suspicion that some problem users are intentionally infected with H.I.V., because of the benefit they are entitled to.”

On Tuesday morning, Ms. Porritt told The Times that the W.H.O. report should have said that “about half of infections are due to needle injection, some of which is deliberate self-infection.”

It was not clear, though, whether there was evidence to say even that much. The various reports included no apparent documentation of any cases.

By Tuesday afternoon, the W.H.O. had issued its own correction: “The sentence should read: ‘Half of the new H.I.V. cases are self-injecting, and out of them, few are deliberately inflicting the virus.’ ” Later in the day, it retracted that statement, too, and said instead, “There is no evidence suggesting that deliberate self-infection with H.I.V. goes beyond a few anecdotal cases.”

The Greek H.I.V. claim did not receive much attention when the report first came out, though it was mentioned in an article late October on the website of the magazine New Scientist. But the claim gained traction quickly Monday on Twitter, and it was reposted by European journalists and politicians.

Not all accepted it at face value, however. Media Matters for America, a liberal media watchdog group, wrote online Monday that “the W.H.O. report is incorrect,” after studying the citation.

What is not in dispute is that while Greece saw a sharp rise in cases of H.I.V., the virus that causes AIDS, with the onset of its economic crisis, the latest government figures show the number of new cases falling this year.

“The current economic turmoil will continue to have adverse effects on H.I.V. prevention not only in Greece, but also in other parts of Europe,” the report said.

Arguments for a Harmfulness Tax 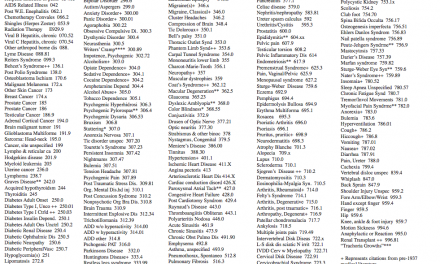