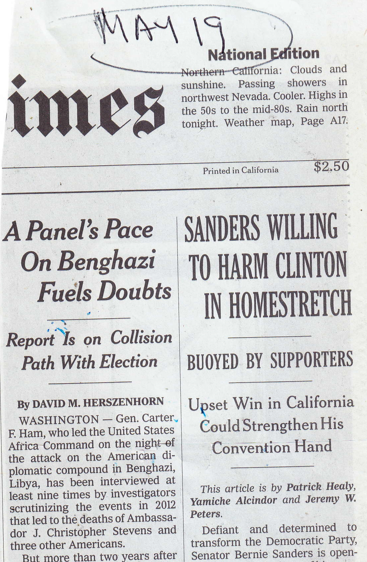 To the Editors of the New York Times May 24

Your devotion to Hillary Clinton overcame your sense of good form when you ran this frontpage headline May 19: “Sanders Willing to Harm Clinton in Homestretch.” The shocking assertion was not substantiated in the story. Three days later you did it again on the frontpage, hedding a story “Fixated on Campaign Fight, Sanders Risks Lasting Legacy.” The word fixated  implies mental imbalance. How insulting! The word focused would have fit the same space. The story itself, which threatens Sanders with damnation in the annals of punditry, was rife with slanted wording. For example, Sanders is “demanding” a debate before the California primary. Not seeking, requesting, proposing, calling for, or wants.

Coincidentally, your adjoining frontpage article was a lengthy analysis of the different implications of ‘accident’ and ‘car crash.’  It’s not like you’re unaware that words have meanings and overtones. 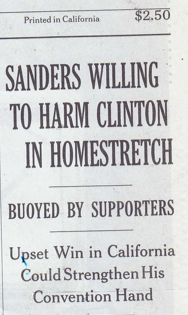 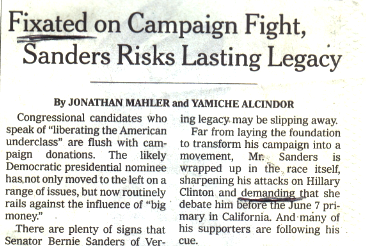