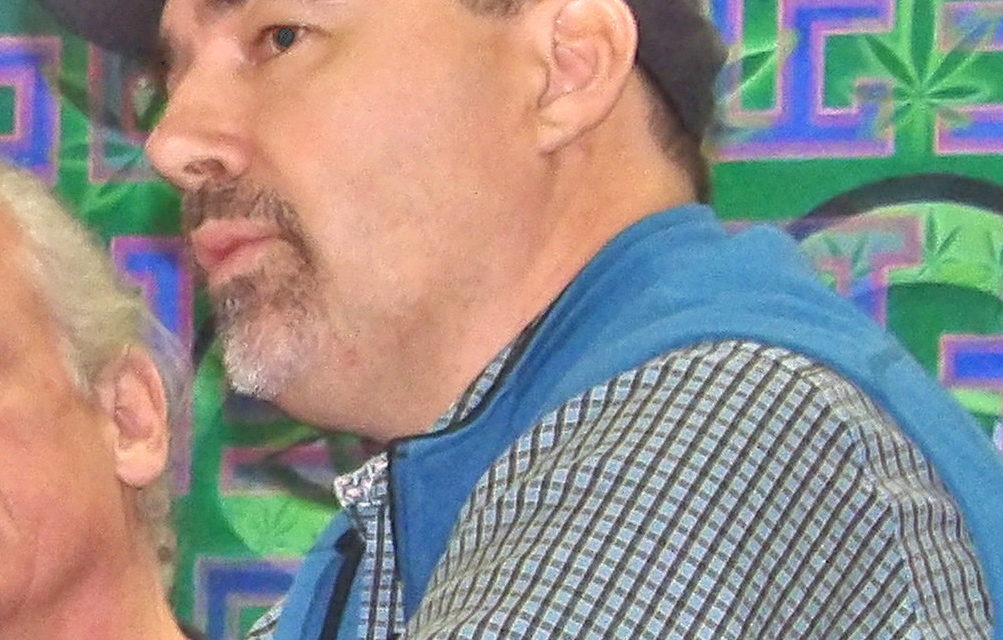 So says Kevin McKernan of Medicinal Genomics.  In a pitch to the deciders at DASH, a cyptocurrency operation, McKernan wrote:

There are two important reasons to expand this investment.

1) Very Broad Cannabis Patents are now issuing. Any plant that makes CBDA and THCA are now covered by this patent. These are called Type II Cannabis plants.

Many people claim to have Type II plants still alive today that predate the 2013 filing of the patent. In fact Type II plants are believed to be the natural Hardy Weinberg equilibrium of the THCA/CBDA synthase genetics. Humans bred toward Type I plants during prohibition. Type I plants synthesize all THCA and little to no CBDA. Fortunately we published the genome of a Type I plant in 2011 to assist in prior art generation and public ownership of Type I plants. By placing the sequence of a Type II plant public, we can help enable the community to sequence their documented Pre-2013 Type II plants. They can then compare their sequence to this public reference to document the Bt:Bd allele (mentioned in some of the claims) and any other similarities. This will assist in building a Prior Use Exemption and more public evidence for the invalidity of the claims. Contributors to this project are published on the topic of gene patents and known for devising methods to weaken them.

2) Peer Review is broken and DASH can fix it. 50% of Scientific manuscript’s experiments can’t be reproduced. The journals with the higher impact factor have a higher retraction rate. Retraction rates are increasing dramatically. The Peer review incentives are based on costly and rusty Gutenberg era publishing economics. There is a near zero cost to publication on the internet today. Crypto-incentivized, blockchain transparent peer review will dis-intermediate this market and re-align the incentive models for higher accuracy, more transparency and faster turn around times. A simplified economic model is presented HERE.

The Cannabis plant whose genome was first to be sequenced by Medicinal Genomics is a descendant of Jamaican Lion, a CBD-rich strain that was stabilized over 11 generations by a plant breeder using traditional methods. MORE TK.

A new cryptocurrency project is planning to reinvent academic publishing, and help students get very “high” grades indeed. The Dash Decentralized Autonomous Organization, which dispenses community funds for the fourteenth-largest cryptocurrency, recently voted to begin funding for a project that will publish a cannabis genome to a blockchain – and reward scientists for peer review.

Why publish a genome to the blockchain? It helps prevent agribusiness from claiming a patent to the genome in the future, is the short answer. And by committing science projects to the chain, the hope is that genuine scientific research won’t be usurped by either corporations or patent trolls, since the ledger is immutable and transparent. In the USA, where civil lawsuits usually end up with each side paying its own costs, the blockchain could be a huge win for scientists looking to prove the originality of their research before the matter ever gets to a patent fight.

Last month the DAO approved the first of five monthly payments of  30 Dash ($8098 USD). According to the proposal, the funds will be used to “sequence a controversial Cannabis genome and publish it using a novel crypto-incentivized, crypto-recorded peer review process that will cut out the $25B Scientific publishing market.”

The latter goal is likely to resonate in academia, where publishers have a captive and very lucrative market. Although universities are notionally non-profit, publishing is a different story, and the next time you complain about student loans, save some of the blame for Elsevier. Neither publishers, reviewers nor editors are paid, and the savings are passed on to the universities in journal subscriptions. “Pretty much the only link between academic publishing and your bank account is the fact that you won’t get a job if you don’t publish,” one underpaid scholar complained.

“Peer review is broken,” writes Kevin McKernan, the author of the proposal, in the Medicinal Genomics blog. “50% of Scientific manuscript’s experiments can’t be reproduced. The journals with the higher impact factor have a higher retraction rate.”

Instead, the genomics proposal will pioneer a novel system of incentivized peer reviews, based on the Dash blockchain. The genome sequence will be coded to the blockchain, along with cryptocurrency rewards for peer reviewers. “Crypto-incentivized, blockchain transparent peer review will dis-intermediate this market and re-align the incentive models for higher accuracy, more transparency and faster turn around times,” McKernan writes.

By choosing the “Jamaican Lion” plant for sequencing, the proposal tried to get several birds stoned with a single shot: not only does it breach Genomics and scientific publications for a cryptocurrency, it also adds another inroad to the legal weed industry in which Dash has many pet projects. A description for the proposal promises to make the coin “A household name in three different $20 billion industries.”

The procedure also draws attention to the decentralized governance structure at the heart of Dash, Pivx and a few other cryptocurrencies. Unlike other coins, whose developers have to dig through the couch cushions to pay for community partnerships, Dash is one of the few cryptos with a formal system of governance. Ten percent of all mining income is used to improve the ecosystem, and everyone with over a thousand coins gets a vote.

Although the genomics proposal appears to have stumbled at its second hurdle, funding may continue if it can accumulate the requisite master node votes. With 574 “Yes” Votes and 105 “No’s,” the project requires another six votes to regain funding–and has eighteen days to do so.

The Master Node system has some costs in centralization, but offers the opportunity for coordinated action to develop the ecosystem. In the past, Dash treasury funds have been used to finance TV shows, sponsor athletes and develop new projects.

The “Medicinal Genomics II” proposal is considered an extension of McKernan’s first genomics proposal, passed in January. With over a thousand “Yes” votes, it became the most popular project to come out of the Dash treasury.  At a cost of 10 Dash per month, the ten-month project sought to upload known Cannabis genomes to the blockchain as a cost-effective way to prevent other parties from patenting existing strains.

The author has investments in Dash.